McLaren has been on a roll lately, as far as street cars are concerned. They are looking at expanding in a certain way as a company. No, they are not going to make an SUV or a crossover. Perish the thought. No, for a while now, they have been talking about producing a more comfortable long distance tourer versus a track day superstar. Looks like they made good on all that talk, because the new McLaren GT just rolled out.

Track-focused, decontented, performance uber alles sports cars are a complete blast. I should know, I own one. But have you ever tried to drive one for a long distance, say from one side of the country to the other? Believe me, about the middle of day two, you’ll start to think heretical thoughts like, “Maybe a little more lumbar support wouldn’t be such a bad thing.” It was that kind of thought process (I bet) that led McLaren to make their new GT. While still a potent car of impressive performance capabilities, it has some niceties spread throughout to make long journeys much more of a paying proposition.

McLaren GT: By The Numbers

McLaren uses terms like “linear, seamless, and relentless acceleration” and I’m not going to argue. Tally up those numbers and the power-to-weight ratio of the McLaren GT is a remarkable 399 horsepower-per-ton.

New From The Ground Up

The McLaren GT is the fourth new model introduced under the company’s Track25 business plan. The Grand Tourer (or GT) is not just a 700S or some-such with more bells and whistles. With the McLaren GT, everything is new: the chassis, engine, bodywork, everything. At over 15 feet, the McLaren GT is longer than any Sports or Super Series model, although the company says the GT shares the Speedtail’s DNA, which I don’t exactly see. It does have that long tail form factor, but from certain angles it seems clunky. The rear section in particular comes off as boxy and ill-fitting.

Let’s just put it this way: An Italian wouldn’t design a car like this.

Load Up The Clubs

Where it does succeed – which is where it aims to succeed the most – is in being practical and usable. Total cargo capacity is 20.1 cubic feet with a full-on rear luggage bay (i.e. trunk) accessed via the full-length rear tailgate. You know, just like on a normal car. And yes, that tailgate is electrically-powered if you want to tick the option box accordingly. McLaren says the rear boot has room for bags, skis, and golf clubs if you’re one of those nut-jobs that thinks chasing around a little white ball counts as “fun.”

So you don’t damage the cargo area loading up your gear, a special trim called SuperFabric is optional. It lines the rear luggage bay and is infused with a layer of tiny armored guard plates to resist stains, cuts, and abrasions.

Ensuring a smooth yet sporting ride (which is literally true in this case, not just some mumbo-jumbo advertising copy from a 1981 Pontiac brochure) is the new Proactive Damping Control suspension system. The new chassis provides remarkable levels of comfort, and combines with the hydraulic steering system to deliver McLaren-level driving dynamics and control. McLaren has gone so far as to optimize the braking and steering at lower speeds for everyday use. The ride height and ground clearances are engineered for urban usability, which is a nice way of saying you won’t approach a speed bump like an old man approaches a flight of metal-edged stairs.

The infotainment system is also new and is McLaren’s most sophisticated to date, according to the company. It features HERE navigation mapping and real-time traffic information. The interface operates like a smartphone via the seven-inch central touchscreen when selecting functions like satellite navigation, Bluetooth, media streaming, and voice activation. The touchscreen also handles the heating and ventilation so the overall number of switches is minimized.

Nappa leather is standard, with softgrain luxury leather or Alcantara available as upgrades. A special Cashmere trim will become available towards the end of the year. Either way, the electrically-adjustable and heated seats of the McLaren GT provide more padding for better shoulder and back support for long distance driving.

It all sounds good, right? A high-performance car you can drive to your cousin’s birthday party three states over or take to the country club for a round of golf. Even the price isn’t all that frightening, starting off at $210,000. Deliveries will begin near the end of 2019.

On This Page
A Little More Lumbar Support
McLaren GT: By The Numbers
New From The Ground Up
Load Up The Clubs
Built For Everyday Usability
Interior Treatments
Pricing & Availability
McLaren GT Gallery 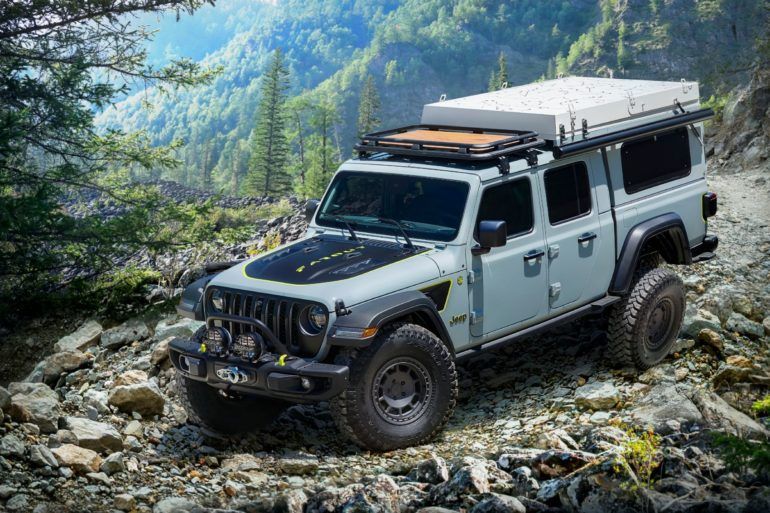 The New Jeep Gladiator Farout Concept is One Sweet Machine! 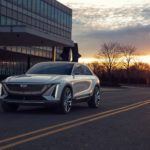 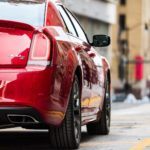 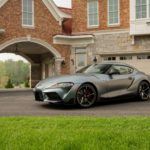