The Michigan Science Center will host AutoSens Detroit for the second time as the global conference on autonomous driving returns to the Motor City this month. AutoSens examines nearly every level of self-driving and vehicle perception technology; from the various supply chain and infrastructure challenges, to the legal, financial, and ethical considerations. The conference follows a “for engineers, by engineers” motto, whereby those in the field have a venue to address the obstacles facing autonomous driving.

“We strive to bring a really high quality of technical presentations to AutoSens every year, so all attendees will go back to their office or lab with some new solutions, food for thought, or novel information,” said Robert Stead, Managing Director, Sense Media, the parent company of AutoSens. “The difference between AutoSens and many other events on this hot topic of self-driving cars is that the AutoSens attendees are the actual engineers who are building the systems that will make it all possible.”

AutoSens brings with it another robust agenda for this year’s attendees in Detroit. While the conference already has a history in Brussels, Belgium (and is returning there again this September), organizers say Detroit is one of the best places to continue the dialogue on autonomous driving.

“Detroit has the dual advantage of its history and future potential. Over the last five years, we’ve seen a real growth in innovation, start ups, and new technology from the area supported by initiatives such as Techstars,” Stead explained. “These recent developments, combined with the scale of the existing automotive expertise in the region, make it the perfect melting pot for discussions driving the future of automotive product development.”

Agenda highlights this year in Detroit include a presentation from the U.S. Highway Loss Data Institute on the impact current ADAS technologies have on road safety. Technical workshops include a session from Osram about infra-red sensing and a hands-on demonstration from 3M regarding material-sensor interaction systems. Microsoft will host a tutorial on the Robot Operating System, while DeepScale will present energy-efficient approaches to autonomous driving.

“The technical presentations focus on these topics, but we also cover the wider issues facing development of ADAS and autonomous vehicles in the conference plenary sessions that open and close the event,” Stead added. “This might include the regulatory, financial, or legal context for the development of vehicle perception systems.”

Keynote for AutoSens Detroit this year is Ed Bernardon, VP of Strategic Automotive Initiatives at Siemens. Bernardon will examine how autonomous technology will impact the future of transportation. In preparation, he and his team interviewed experts working on 3D-printed autonomous shuttles, intelligent traffic systems, and even flying cars. A fireside chat with Daniel Prokhorov, Head of Toyota North America’s Future Research Department is also on the agenda, along with a kids hackathon organized by the Detroit Autonomous Vehicle Group.

“The goal is to provide a full experience, from theory, to hands-on, to real world,” said Detroit Autonomous Vehicle Group founder Alex Polonsky. “Our mission is to provide an unforgettable experience where kids want to come back for more, and hopefully build something awesome later in their lives.”

“AutoSens exists simply to support and help engineers and scientists, and when we hear stories from attendees about the new people they met, the things they learned, the business connections made – that’s what keeps us motivated,” Stead added. “It’s about creating a meeting place and community that can be a catalyst for others, in their pursuit of good science.”

“We are humbled once again by the support shown towards the event in Detroit,” Stead continued. “From sensors to software; systems to simulation; hardware, testing and services, there’s plenty to see over the three days.”

AutoSens Detroit 2019 begins on Tuesday, May 14th at the Michigan Science Center and runs through the 16th. Organizers say they are happy to see so many returning exhibitors alongside plenty of new brands. One of the things we recommend all attendees do is the track demonstration event on the 14th. Each year, AutoSens provides an opportunity for attendees to ride in an autonomous car to see how the technology works firsthand.

“AutoSens is all about nurturing the global community of bright minds who are driving forward this revolution in automotive,” Stead said. “Only by sharing knowledge and resources can we address the many great challenges posed as we work towards a world of autonomous vehicles.” 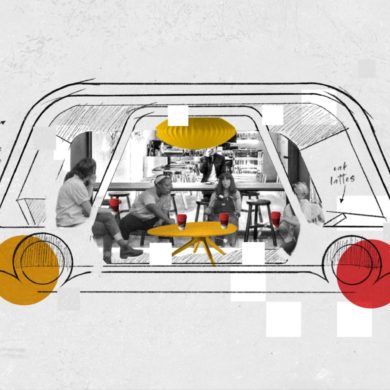