Did you know there are still straight six engines out there? There are, and not only that, but there’s an in-line six that AMG has monkeyed with. And the Germans saw fit to drop it into their new SUV, the Mercedes-AMG GLE 53. Yes, it works, but also yes, it features some rather interesting technology.

The GLE is just what the modern and well-off SUV buyer wants these days: big, roomy, safe, giving the appearance of off-road capability and, probably most importantly, brand recognition. That three-pointed star on the grille tells every other soccer mom and drama king who’s who in the parking lot.

And who is that? You! That’s right. But you still gotta check out this engine.

Tricks of The Trade

It’s a 3.0-liter, six-cylinder in-line plant, cranking out 429 horsepower and 384 lb-ft. of torque. On top of that, a trick starter/generator, part of the EQ Boost system, briefly provides an additional 21 horsepower, plus 184 lb-ft. of torque. It also feeds the 48-volt on-board electrical system. Apart from that trick alternator, it’s all pretty standard, right? Oh no, check this: The GLE’s engine is both turbo and supercharged, and even the supercharger itself is weird. The blower is an electrically-powered affair – not the traditional belt-driven, off-the-engine arrangement – and its there more as an auxiliary compressor to build up boost pressure without delays until the turbocharger kicks in. Clever.

Quicker engine response and less turbo lag is the idea. Yes, it’s complex. And yes, I would bet that when something fails, it will be an absolute bear to fix. It will also put a big dent in your bank account, but let’s not worry about that now. Let’s just worry about this: zero to 60 mph in 5.2 seconds!

Now, the even the more “mundane” stuff, in comparison to the engine’s forced induction trickery, is still pretty interesting. Gear selection is handled by an AMG-spec nine-speed automatic transmission. Even though it’s a slush box, Merc says the transmission is very responsive, and can be controlled by the steering wheel shift paddles so you can feel like Lewis Hamilton. From there, all that Germanic power hits the road (or gravel or mud or whatever) through an AMG Performance 4MATIC+ fully variable all-wheel drive system.

The rear axle is permanently driven, while the front axle continually calculates for optimum torque. Power is distributed from there accordingly.

As you’d expect, the suspension isn’t “normal” either. The Airmatic AMG Active Ride Control handles body movement and reduces rolling movements when cornering. The Airmatic setup includes adaptive adjustable damping (ADS+) and has three pre-selected modes: Comfort, Sport, and Sport+. The Mercedes-AMG GLE 53 maintains a constant ride height regardless of the vehicle load. However, in Sport and Sport+, the GLE 53 is lowered by 15 millimeters to reduce aero drag and fuel consumption. The handling and stability improves thanks to a lower center of gravity.

If the going gets bad, ground clearance can be upped by 55 mm at the touch of a button.

And get this: there is an exclusive interior fragrance called “AMG#63” as part of the Air-Balance package. According to Mercedes-AMG, it is an inspiring, sporty scent to match the spirit of the performance brand. So jump in and take a whiff.

The Mercedes-AMG GLE 53 will arrive in dealer showrooms by late 2020 with pricing to be announced at a later date. 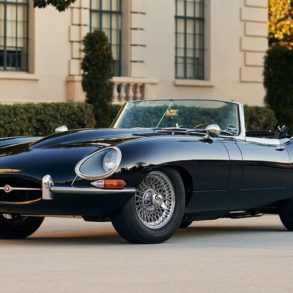