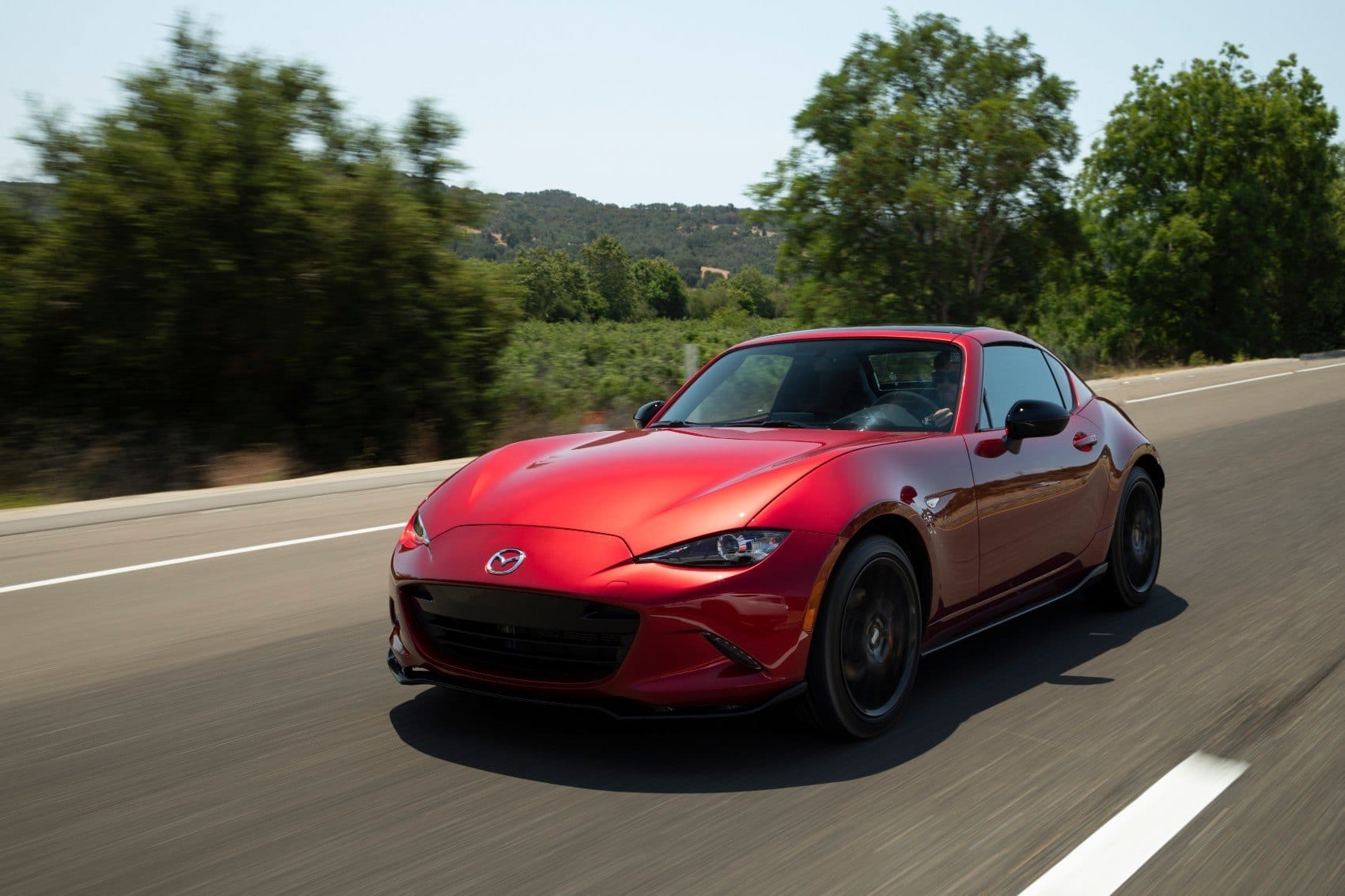 The Mazda Miata has been around for 30 years and the new MX-5 stays true to what made the drop-top so popular among enthusiasts. What’s better than dropping the top and going for a spin on the weekend? For around $35,000 you can have a dynamic sports car that’s second to none. We recently drove the 2019 Mazda MX-5 Miata RF Grand Touring with the Power Retractable Hard Top. And it didn’t disappoint.

Our tester came with a sweet six-speed manual, proving the MX-5 is still a driver’s car. Let’s just say we enjoyed the manual gearbox to the fullest!

Features & Options: Nice But Not Necessary

The 2019 Mazda MX-5 RF Grand Touring ($33,335) is equipped with adaptive headlights, heated leather seats, a cloth-lined top, an auto-dimming rearview mirror, automatic climate control, and automatic wipers. Mazda even threw in a navigation system. These features are certinately nice to have but strike us as contradictory to the Miata’s elemental nature. Then again, a power-folding top isn’t exactly simple either.

[bctt tweet=”Overall, the interior quality and appearance are far beyond what loyal followers will remember from previous generations.” username=”Automoblog”]

The cockpit’s fit-and-finish is tight and well-designed, with better material quality than past models. The Grand Touring’s leather seats are comfortable and the driver’s seat has a height-adjuster, making it perfect for those who want to sit up a bit higher. Overall, the interior quality and appearance are far beyond what loyal followers will remember from previous generations.

Once inside, the cockpit is roomier than it looks from the outside. The new Miata grew in all dimensions and we could tell there was more rearward seat travel. That makes it easier for taller drivers to adjust the seat far enough back. A six-footer still has a notch or two of travel left.

Interior Highlights: Wind In Your Hair!

Our 2019 Mazda MX-5 RF tester came with the Power Retractable Hard Top (PRHT). The composite roof is convenient in that it lowers quickly via a button. Although, the biggest benefit of the hard top is the quieter ride: it reduces wind noise considerably versus a soft top. Even over the bumpy dirt road leading to my house, the hard top was relatively squeak-free with minimal outside noise.

And it only adds about 80 lbs. to an otherwise very light car.

It’s easy to operate. While in neutral, you just pop the inside handle at the top of the windshield; then touch a button on the dash, and in 13 seconds the top lowers itself into the trunk space. The roof does not reduce trunk space either. 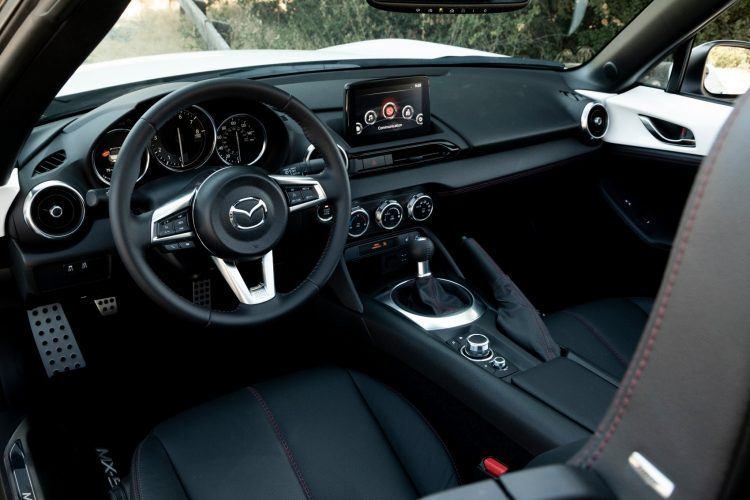 [bctt tweet=”The new #MX5 #Miata stays true to what made the drop-top so popular among enthusiasts. ” username=”Automoblog”]

The SKYACTIV-G 2.0-liter engine now revs to 7,500 rpm, cranking out 181 horsepower and 151 lb-ft. of torque in the process. Miata fans may know that’s 26 more horsepower and three more lb-ft. of torque than last year. The new Miata sends the power to the rear wheels making it a true sports car. The revised final drive ratio from 3.454 to 3.583 makes for stronger acceleration.

Of course, adding to that true sports car feel was the the six-speed manual gearbox. 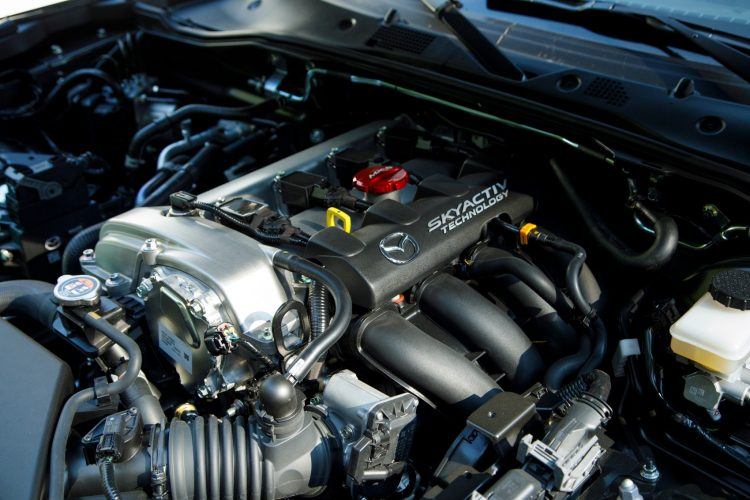 On the open road is where you can fully enjoy the MX-5’s reason for being. With the top down and the engine running on the twisty mountain highways, this roadster is hard to beat. The rear-drive Mazda MX-5 has an ideal weight distribution of 50:50. This alone preserves the excellent agility and balanced handling that has made this a favorite among enthusiasts for decades.

The Subaru BRZ or Scion FR-S rear-wheel drive coupes are the closest to the MX-5 in terms of driving fun, but they don’t offer a convertible.

The MX-5’s 2.0-liter four-cylinder revs freely and delivers good throttle response when you need it. The six-speed manual gearbox is the right choice if you like to drive. Mazda’s six-speed is one of the best manuals in the industry and worked flawlessly with the high-revving 2.0-liter powerplant. We thought it was easy to find the right gear with the short throws.

Related: Could the Miata outpace one of history’s top muscle cars? 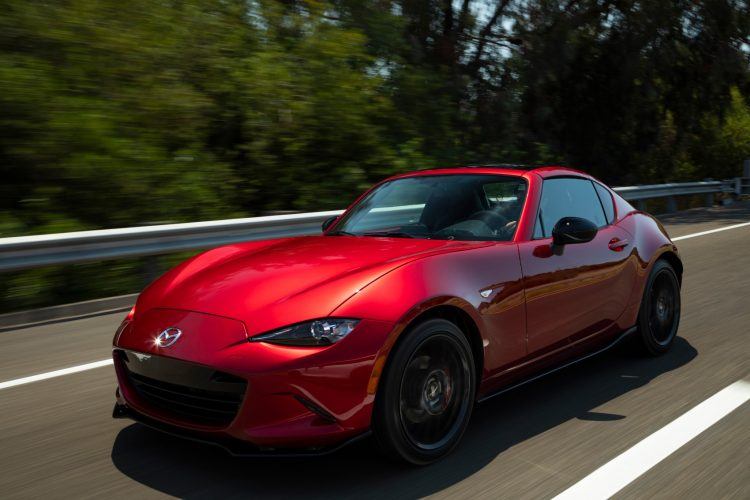 Driving Dynamics: On The Rails

The 2019 Mazda MX-5 Miata has a wider track and lower center of gravity that enables it to corner flatter than you would think is possible. The Miata has always been a favorite car to take to the track. The next best thing for us, however, were the Colorado mountains. We took some tight corners at high speeds but the roadster held the curves without any body roll, staying flat and balanced the entire time.

Our MX-5 tester came with the optional sport-tuned suspension with Bilstein shocks. With this upgrade, the MX-5 hugs the lines and handles like it’s on rails!

Unfortunately, we had the rear-drive sports car right before a winter snowstorm hit the Denver area. Luckily, this tester came with Bridgestone Blizzak winter tires which we would highly recommend for snow and ice. We were able to make it home safely before the snow piled up too deep.

And we were thankful we had a go at some dry roads before the snow fell! 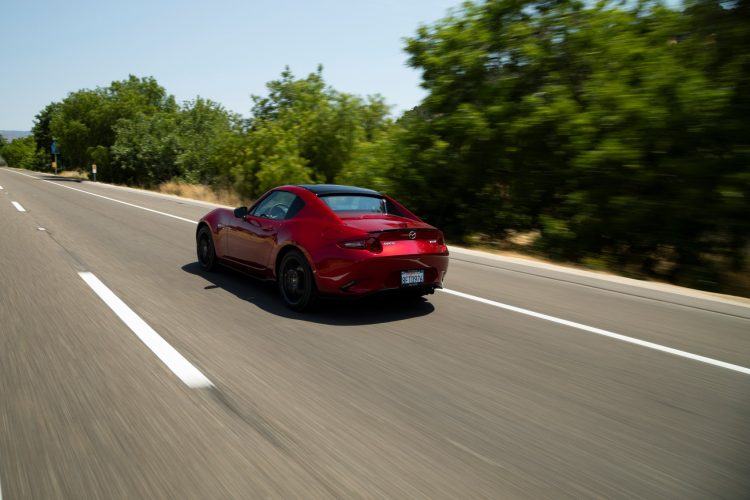 The two-seat, 2019 Mazda MX-5 Miata RF offers top-down driving enjoyment that much more expensive sports cars can’t exceed. Mazda has engineered an exceptional, affordable sports car that’s hard to beat. To this day, the Miata is still attractively priced and relatively easy to maintain; nor will it break your wallet at the gas pump.

We would recommend the RF with the Power Retractable Hard Top since it offers reduced wind noise and increased security.

For those wanting a sports car that offers excellent acceleration and braking; precise gearbox operation and suspension dynamics, the MX-5 Miata is an obvious choice. On the fun-to-drive meter, few can surpass it.

RELATED
2019 Lexus IS 350 Review: Few Changes But Still A Winner 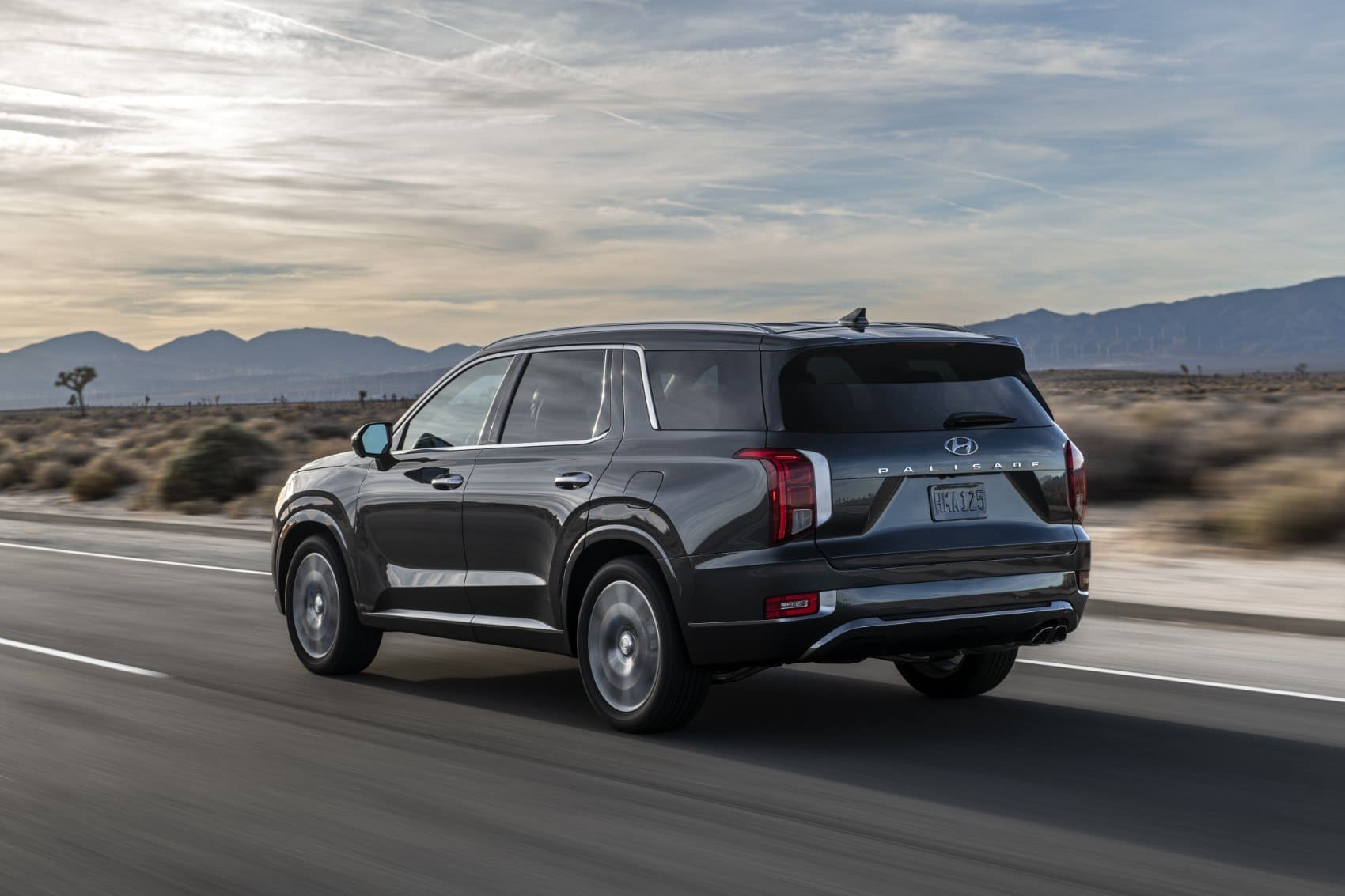