Letter From The UK: Goodwill To All Men?

The original purpose of this, my last ‘Letter From The UK’ of the year, was to update Automoblog readers on the latest Brexit (Britain leaving the European Union) information as it relates to the global motor industry. The ramifications of this could ripple around the world, including the USA, if the free-trade flow of cars is disturbed by trade tariffs and the like.

It is not as if the situation for the motor industry in Europe is especially healthy. Ford, for example, is discussing job losses at their German Saarlouis plant right now.

Despite some EU economies appearing to be doing well, there are dark, foreboding undercurrents. The Mediterranean countries, for example, are experiencing very high unemployment.

The final momentous decision on the Government ‘deal’ was to have been voted on in the UK Parliament. Unfortunately, nobody likes the deal and the British Prime Minister decided to delay the final vote until she has a chance to get a better offer from the difficult, obstructive, and unelected suits in Europe. At the time of this writing, the PM has returned from the EU summit, seemingly empty-handed. Thus there is no change of circumstance.

We still do not know what is going to happen.

So instead I am going to discuss, as it is Christmas, the season of goodwill to all men, what it is like to travel around here by car doing the last of the Christmas shopping.

Christmas In The UK

Like Brexit, Christmas in Great Britain is kind of a big deal. Essentially, it starts in October; that’s how much we love it. Plump men (generally, but not necessarily), often with a hint of alcohol on their breath, dress up in red suits and white beards and pretend to be Santa Claus.

I remember, as if it were yesterday, when my parents told me Santa Claus was not real. I recall being very upset and very emotional. Distraught, I jumped straight in the car to drive home and tell my wife before going to my ‘wellbeing’ room.

Christmas has become something of a greed-spree these days; a time of excess. Any relation to any sort of religious festival is purely coincidental. Jesus Christ is an epithet. It’s also a bit of a hair-raising funfair ride on the roads. Astonishingly, despite many deaths caused by an excess of booze over the holiday period throughout the past decades, some drivers have still not learned that drinking and driving do not go together.

The lack of traffic police on our roads thanks to ‘cut-backs’ (what happens when your police force is run by accountants) has meant that erring motorists are rarely caught. And there has been a rise too in street violence.

The More We Know, The Less We Learn

You would think, wouldn’t you, that drivers, fully experienced on our crowded highways, would know better and yet the accident rate has actually risen. Clearly, this demonstrates that the general public have to be compelled to behave; they cannot be trusted to do it themselves.

As my wife and I travel around to the local towns and shopping malls, we see astonishingly bad driving. We see people irresponsibly using devices they know to be illegal; we read that more than half of the people stopped by police for traffic violations are under the influence of, not drink, but drugs. People park poorly without any consideration for other road or sidewalk users. Imagine what it is like for a wheelchair user to have to venture into the road to get around a parked car.

[bctt tweet=”At Christmas time you would think we would care more for our fellow man but that seems increasingly not to be the case.” username=”Automoblog”]

In our supposed civilised world we are behaving badly and it is hard to know why. What is happening to our societies and our communities? At Christmas time you would think we would care more for our fellow man but that seems increasingly not to be the case. I wonder if we deserve cars at all?

Maybe, for us, here on our small islands on the other side of the pond, it is the uncertainty Brexit brings. As a nation I personally believe that no matter how well-to-do we might be in other ways, we fear for our family and our future, and this is reflected in our selfish behaviour.

It also stems, in my view again, from a government that is inept, disorganised, self-regarding, and completely out of touch with what the people want. You can see it all over Europe. Will 2019 show an improvement? Somehow I doubt it.

The best thing we can do is to ignore all this trivia and get on with enjoying Christmas and bringing in the New Year with our family and friends. Instead of emailing or posting a greetings card, why not get in the car, sober, and go and see them?

Have a very happy and peaceful Christmas and a prosperous New Year America!

On This Page
The Final Decision
Christmas In The UK
The More We Know, The Less We Learn
Goodwill For All 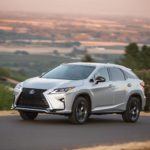