The latest Ford GT hasn’t even hit the secondary market, and Dearborn is already messing with it, making it lighter, faster, and just plain sharper all the way around. Sure, it’s not perfect (what car is?) but with these updates, Ford edges (no pun intended) their GT a little bit closer to perfection.

Ford makes no bones about this new GT having a split personality. “The GT Carbon Series will be shredding tracks soon as the lightest of the road-going Ford supercars – and unlike its sibling racer, it will want to be driven home after time sheets are collected,” reads a statement from the company.

And how can I, or any other track-rat out there, argue with that? Sure, sure, coming up with a ride that is killer on the track is pretty easy. But driving it home after you’ve raced? That can be another problem all together.

The stuff you do to a car to make it perform better on the track – removing everything you can, tightening up the suspension, taking out the sound-proofing to save weight, ditching the air conditioning, stuff like that – only makes it loud, sweaty, and buck like a lumber cart through traffic.

Ford has done that for you, without throwing the baby out with the bathwater.

The Ford GT Carbon Series shelves nearly 40 lbs. thanks to a host of lightweight advances, like carbon fiber wheels, a titanium exhaust and lug nuts, and a polycarbonate rear hatch with better venting for hot air extraction. The carbon fiber wheels are killer, so much so that a number of racing series outright ban them. The titanium exhaust is a nice touch; great material, but expensive to replace. Same goes for the titanium lug nuts, although that’s not very new.

Ferrari has been doing that for 20 years now, cough, cough.

Ditto for the polycarbonate rear hatch. Hey, if it’s good enough for fighter jet canopies, then who am I to argue?

Related: How a rivalry with Ferrari spawned the Ford GT.

The Cup Holders Have Left The Building

On the flip side, Ford kept just enough conveniences from the “normal” GT (can you use that word with a car like this?) to make it, at the very least livable, if not exactly usable in everyday situations. The air conditioning is still there, because you know it’s going to get hothothot inside. They also kept the SYNC 3 radio.

Personally, I would have no problem with ditching the radio. In a car like this, I’m getting enough music from that exhaust and those tires screaming for mercy. Ford, much to their credit, drew the line at the cup holders. I do not have a steering wheel on my coffee table, why do I need a cup holder in my track car?

Also sacrificed to the god of lightness: the driver’s side seat storage bin.

To show off just how special this version is, and to remind you over and over again where the “carbon” in GT Carbon Series comes from, there’s more visible carbon fiber than any other Ford GT. There’s optional accent colors so you stand out from the more plebeian GTs, and show what a velocity mutant you really are.

There are two exposed carbon fiber stripes and the interior is slathered in the aerospace stuff as well.

If you are one of the lucky purchasers of the 2019 Ford GT Carbon Series, you can choose between four optional accent colors: silver, orange, red, or blue. Those accents will be found on the mirror caps, center stripe, and brake calipers. You also get a unique seat pattern with silver stitching that is repeated on the steering wheel.

The paddle shifters are clear anodized deals and there’s a unique badge for the instrument panel.

[bctt tweet=”I do not have a steering wheel on my coffee table, why do I need a cup holder in my track car?” username=”Automoblog”]

Prospective owners can submit their applications now but time is running out according to Ford. Which is a nicer way to utter: “On your knees before us, supplicant! We are not sure if you are valuable of our bounty!!”

Hey, I’d fill out the forms and wait in line too, if I had the cash. But I don’t. Cause I’m an Automotive Journalist. But a boy can dream, can’t he? 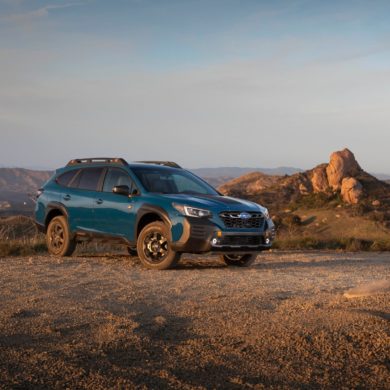