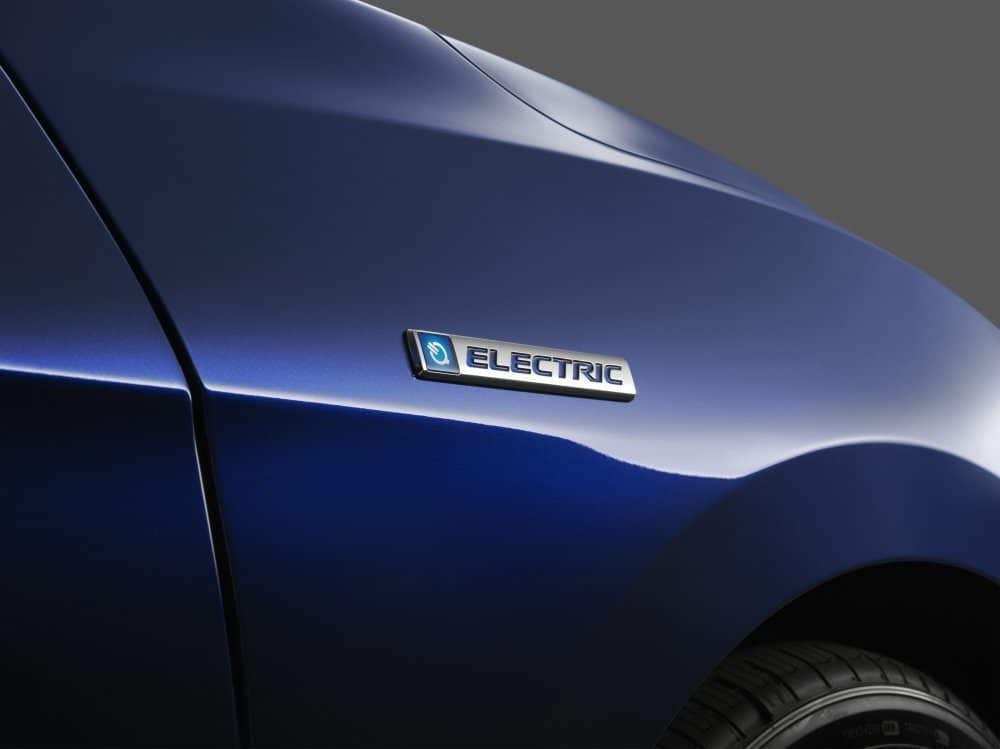 Oklahoma. No, seriously, Oklahoma is one of the top states for EV owners.

YourMechanic gathered charging costs, number of charging stations, sales figures, EV market share, and other various statistics for the study. They then folded it all together to rank each state by their acceptance levels of the electric car, and how convenient it is for owners there. Like me, they thought it was going to be California, but it actually turns out to be Oklahoma!

EV sales in Oklahoma have ballooned more than 160 percent, one of the factors landing them at the top spot. My state, Washington, sits at 23 (!) on the list. Surprising given the number of Teslas and Leafs I see around here (and I live out in the sticks). Bottom of the list: Wisconsin. No, I have no idea either. California, in case you’re wondering, doesn’t even make the top 25. They live at 27.

YourMechanic tags the lowly placement of Cali down to saturation of the market. Which I can’t really disagree with. Last time I drove through there, about two weeks ago, there were a lot of EVs on the road. So if nearly everybody’s got one, who are you going to sell to? 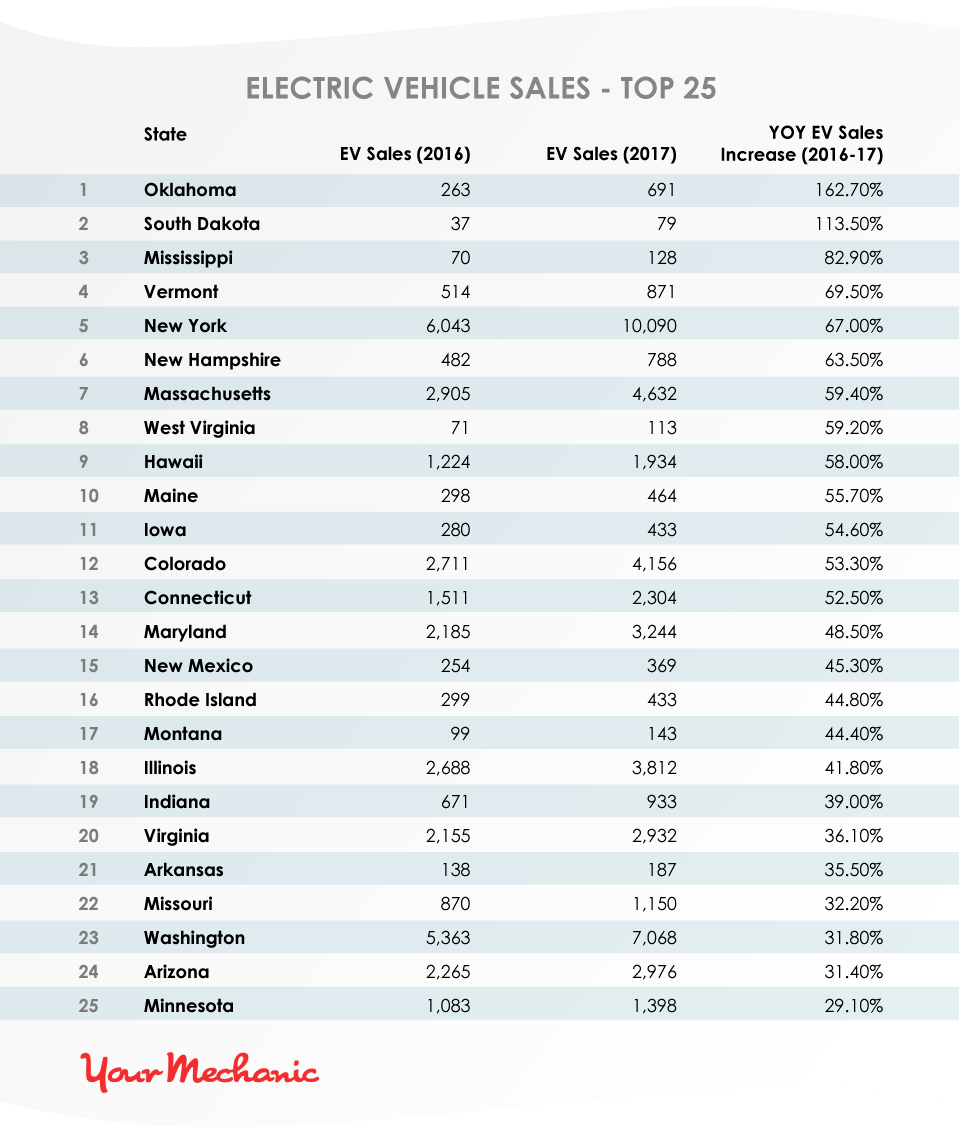 Considering an EV? Read this simple but comprehensive guide first.

YourMechanic also broke down brand popularity by state, and that was interesting too. No, it wasn’t Tesla across the board. Tesla is the king in only 12 states, leading the way in California naturally. Interestingly, in Oregon and Washington, the Kia Soul EV is number one. What’s interesting are the outlier states. The only place that likes the Ford Fusion Energi? Kansas. The only place that likes the Mitsubishi i-MiEV? Illinois. Strange.

Almost as strange as the Mitsubishi i-MiEV itself; they still make those?

The study also looks at the cost of juicing up your EV versus filling your tank. Louisiana is one of the top states for EV owners on this metric. There you save $1.70 per gallon over dino-juice. Washington comes in second (saving you a total of $2.40), but that has more to do with Washington’s amazingly cheap electricity (all that rain runs into a whole bunch of rivers that have a huge number of hydroelectric dams).

The bottom of the list – that is Hawaii – is there for the exact inverse of Washington: electricity is expensive in that tropical paradise. Of course, given the amount of sunlight that falls on Hawaii, you’d think a smart EV owner could get some solar panels on the roof of their hale and charge their Tesla for free.

California was also near the bottom, relative to other states, with regard to fuel costs. Average EV fueling cost per e-gallon is $1.72, which lands The Golden State at 44.

Despite range anxiety, Americans are warming up to EVs a recent study finds.

The state with the best number of public charging stations per person? Vermont with 165. That works out to one station per 3,780 Vermonters (is that what you call them?). The worst is Alaska with nine. I mean nine charging stations total in the state. I’d bet you a loaf of sourdough all nine are in Anchorage.

Alaska has to be the worst-case scenario for EVs too. The extreme cold draining batteries, the sparseness of the population, lack of infrastructure over the vast majority of the land; everything about it would make it the proving ground for EVs. If I were an EV builder, I’d be thinking, “Make it work in Alaska, and everything else will be a snap.” 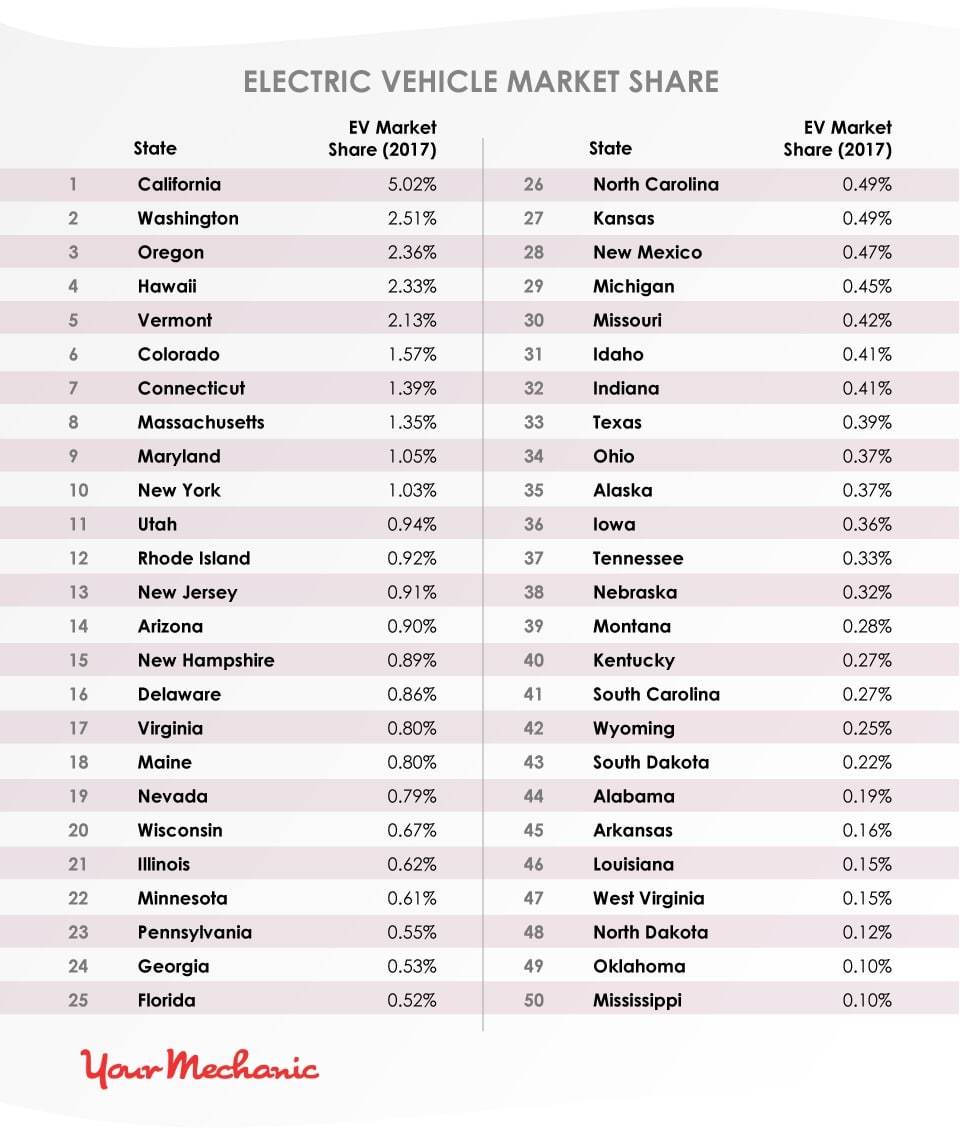 Looking at EV market share per state is where things make more sense. Cali is number one with over five percent of the vehicles on the road being EVs. Washington, number two, with 2.51%, Oregon at third with 2.36% The lowest? Mississippi with only 0.10% of the cars on the road being electric. Shoot, in ol’ Miss, they probably think EVs are some sort of Commie plot funded by George Soros. Woe unto the poor EV drivers in Mississippi.

Bottom line, somehow, is if you live in Oklahoma, where the wind comes sweeping down the plains, look into an EV. It’s definitely one of the top states for EV owners. 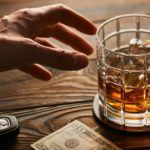 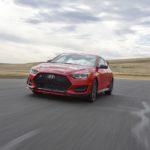 Next
2019 Hyundai Veloster N: Does It Bite Or Just Bark?