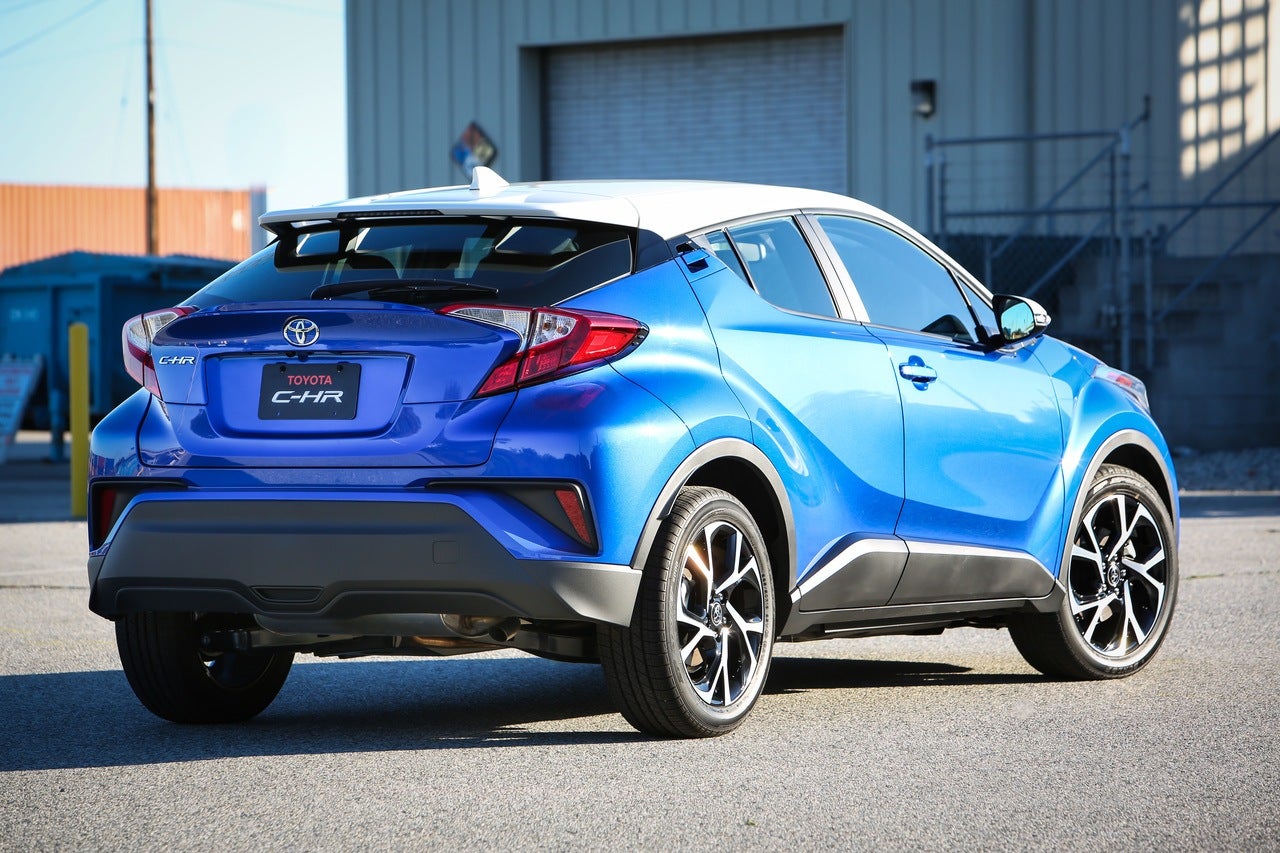 When Toyota axed Scion, we thought the fun models might come to an end. Enter the 2018 Toyota C-HR. The C-HR is one of the boldest new compacts in recent memory, especially when it comes from Toyota, often known for their generally conservative products.

The Toyota C-HR is an all-new crossover from the Japanese automaker, set apart from others in the market by its stance. C-HR, by the way, stands for Coupe, High Riding. It really isn’t a coupe but it looks like one with the rear door handle hidden high next to the roofline.

Toyota calls the C-HR a crossover, even though the new “coupe” doesn’t offer all-wheel drive. It’s really a compact five-door hatch that’s taller than most with a higher seating position.

The all-new C-HR competes against the Mazda CX-3, Honda HR-V, and the Subaru Crosstrek. Each are geared toward the millennial generation. All-wheel drive is available on those models, but not the C-HR surprisingly.

Our tester came with the optional Premium package which included fog lights, push-button start, heated seats, and a suite of safety features. Total MSRP including destination: $25,945. By comparison, the 2019 Toyota C-HR starts at $20,995.

[bctt tweet=”The C-HR is one of the boldest new compacts in recent memory.” username=”Automoblog”]

Compared to other small hatchbacks, the C-HR’s cabin scores high with quality materials and some soft-touch surfaces. The all-black cabin is attractive and well laid out. The C-HR is quite spacious inside and wider than we expected. The front seats are well-bolstered and comfortable, and taller drivers won’t have a problem finding a good cruising position.

Along with the contemporary exterior styling, the cabin will appeal to younger buyers. The central control pod is called MeZone and for good reason. The seven-inch touchscreen blends in with stylish-looking knobs, controls, and switches, and the attractive diamond shapes can be seen throughout the cabin. Diamond patterns are molded into the plastic lower door panels and even stitched into the headliner fabric.

In the back, there is seating for three, but unlike many small hatchbacks only suited for two adults, three adults can actually fit in the back seat without undue discomfort. Rear passengers sit a bit higher too, which means a more comfortable position with some extra foot space.

Cargo volume comes in at 19 cubic feet with the rear seat-back upright, growing to 32.4 cubic feet when folded. The seats will fold flat to form a handy load floor. This was nice as we transported a cabinet sowing machine home this week.

The 2018 Toyota C-HR is powered by a 2.0-liter four-cylinder engine producing a paltry 144 horsepower and 139 lb-ft. of torque, coupled to a continuously variable transmission (CVT). Front-wheel drive is the sole configuration.

The C-HR gets an EPA-estimated 27/31 city/highway and 29 combined mpg. Though adequate, those figures hardly constitute thrifty fuel economy when compared to the competition. A Subaru Crosstrek, for instance, manages an extra two mpg on the highway. That’s even with a 2.0-liter engine/CVT combo producing 152 horsepower and 145 lb-ft. of torque. Plus, the Crosstrek offers all-wheel drive.

After settling in, we found the C-HR offers up respectable handling and road-holding dynamics. We hit the tight mountain curves near Evergreen fast, but the hatch felt secure and kept us well-planted. The ride on the highway is smooth and there’s enough sound insulation to keep the drone of the CVT down to a minimum.

Where we notice the biggest issue is with power output. The 2.0-liter engine’s 144 horsepower is not enough for the high-altitude areas in Colorado we call home. We slid the gear shift into Sport mode hoping for better results, but still came away unsatisfied. For those living at sea-level, and on the flats, the Toyota C-HR should be fine.

Because of the raked roofline, visibility to the rear and side is constricted. That said, it doesn’t matter where you live, it will be an issue when changing lanes in heavy city traffic.

We would also like to see the C-HR offered with all-wheel drive for all-weather use.

If the 2018 Toyota C-HR doesn’t suit your tastes, perhaps the new RAV 4 will? 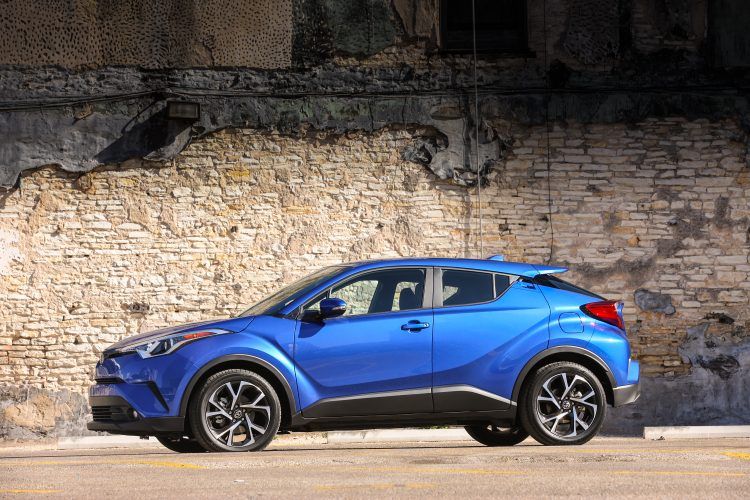 When Toyota cut Scion, they needed something for younger buyers. Engineers came up with a cool design that attracted lots of positive attention and comments on our drive this week. We think Toyota hit a home run with the new styling. And it will be (or should be) easy for them to address the performance issues by bumping up the horsepower.

Overall, our 2018 Toyota C-HR XLE Premium came well-equipped. However, any of the available trim levels will be a good value for city dwellers who don’t need all-wheel drive. 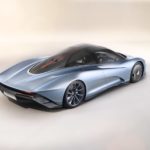 Previous
McLaren Speedtail: An Angel In The Outfield