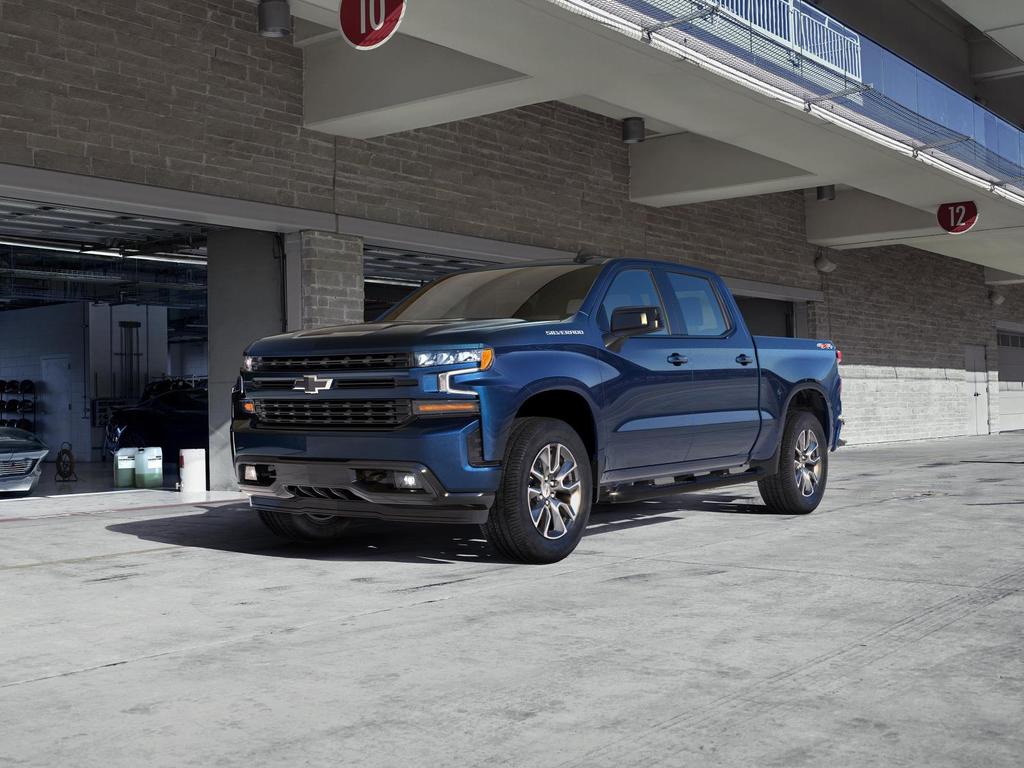 While the 6.2 V8 is the biggest and baddest rooster in the Silverado barnyard, Chevy is showcasing a new spring chicken for their 2019 1500 lineup. It’s hard to imagine General Motors – with the mighty 6.2 and evergreen 5.3 – going smaller. And turbo. But alas, as Garfield once observed, the times are always changing.

Meet the new 2.7L Turbo four-cylinder for the 2019 Chevy Silverado.

When the 2019 Silverado debuted, new engine technologies, advanced manufacturing, and “mixed material strategies” were the core of the discussion. Earlier this year, we received further insight into how the new Silverado came together, after sitting down with Scott Damman, Lead Development Engineer for the 2019 Silverado.

“The engineering team was actually tasked with going and looking at every single part for weight savings,” he explained. “To do that we actually went to our suppliers and our supply base to begin pulling on new technology, which included new processes for building things.”

A 2019 Chevy Silverado with the 2.7L Turbo is 380 lbs. lighter than a current model with the 4.3L V6. As a bonus, the turbo Silverado is still lighter, despite increased interior and cargo space. Standard on LT and RST, the new turbo offers a 14 percent torque increase and a 13 percent bump in city fuel economy versus the 4.3 V6. It’s also a full second quicker when sprinting to 60 mph (6.8 seconds).

“With up to 23 mpg on the highway, the truck is efficient while still offering plenty of capability to tackle weekend projects and trips to the lake,” said Tim Asoklis, Silverado Chief Engineer.

[bctt tweet=”While the 6.2 V8 is the biggest and baddest rooster in the Silverado barnyard, Chevy is showcasing a new spring chicken for their 2019 1500 lineup.” username=”Automoblog”]

On the nitty-gritty end, Chevy is swinging heat at their fellow Detroit rivals. The bowtie brand says the turbo Silverado delivers 310 horsepower and 348 lb-ft. of torque, topping Ford’s 3.3L V6 and Ram’s 3.6L V6 mild hybrid by 31 and 29 percent respectively. With the 2.7L Turbo, peak torque runs between 1,500 and 4,000 rpm; the engine reaches said peak quicker than the aforementioned Ram and Ford mills, according to Chevy.

Still, with Chevy having such an extensive history with the 5.3 and 6.2, how will – or how can – the 2.7L Turbo Silverado find its place? Granted, Ford’s EcoBoost engines are in a different class, but does GM now look like Johnny Come Lately? Is turbocharging half-ton trucks best left to Ford, considering the EcoBoost F-150 launched in 2011?

Given the extensive number of options and price ranges, it may ultimately boil down to personal preference. One thing for certain though, trucks today are pulling their weight. And not just in payload but in efficiency. As manufacturers stack their truck lines with more advanced powertrains and lighter materials, the long-term benefits are likely more than we realize, according to this recent Detroit Free Press report.

[bctt tweet=”With Chevy having such an extensive history with the 5.3 and 6.2, how can the 2.7L Turbo Silverado find its place?” username=”Automoblog”]

The 2.7L Turbo is also Chevy’s first application of Active Thermal Management, which uses heating and cooling advantageously across the entire powertrain system.

The 2019 Chevy Silverado 1500 features eight trims and six engine/transmission combinations including the new turbo. Expect the 2.7L Turbo at dealers before the end of the year.

On This Page
By The Numbers
Barnyard Brawl
Physical Chemistry
Availability