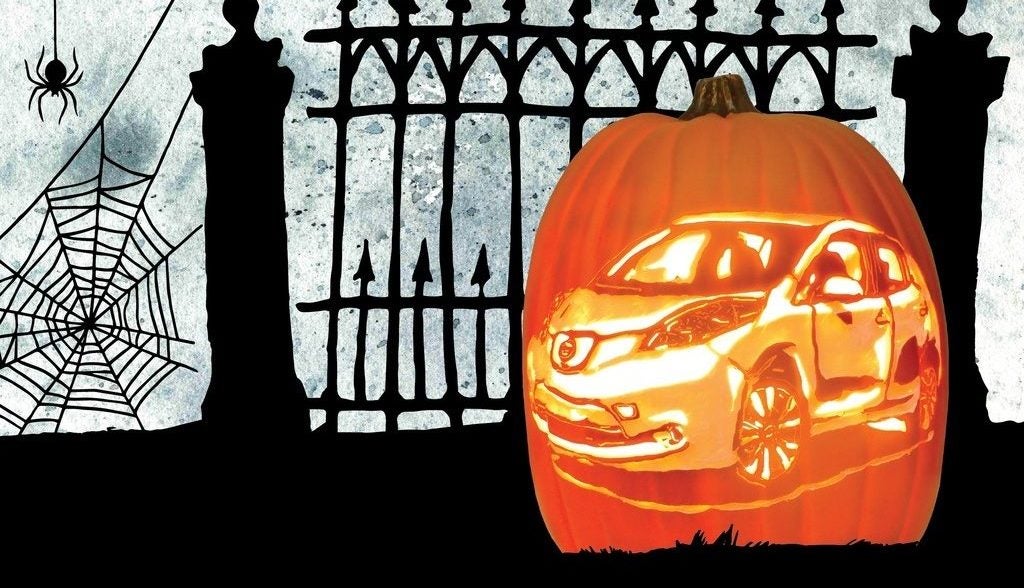 Scare Everyone With This Free Nissan Leaf Pumpkin Carving

College students in Detroit. You know who you are.

Revving up a big muscle car to rattle the bolts of lesser machinery certinately has its allure. However, equally as terrifying is the bill to keep such a muscle car: fuel, tires, washes, fuel, accessories, performance parts, fuel, insurance, tires, fuel, tires, storage, and the list goes on. Did we mention insurance?

Instead of painting black marks onto the pavement, might we suggest a little more green for Halloween? Like Nissan Leaf green. Instead of doing the same old Jack-o-Lantern patterns – dark castle, scary kitty, freaky spider, flying bats, funky trolls etc. – why not transform this year’s gourd into a green machine?

“Sure, you might be able to scare some kids with carving big, jagged teeth or whatever, but what if you make this sensible electric vehicle look really cool to a 10 year-old,” said Steve Ferreira, Director at NissanPartsPlus.com. “This Halloween decoration holds up to tradition while giving a nod to the future.”

The 2019 Nissan Leaf has an estimated 150 miles of range with its lithium-ion battery pack. Total output stands at 147 horsepower and 236 lb-ft. of torque, an increase of 37 and 26 percent respectively. Among the top features: ProPILOT Assist, which includes safety tech like automatic braking, and the e-Pedal system to bolster more efficient driving.

According to Nissan, the individual structures of the laminated lithium-ion battery cells have improved, representing a 67 percent increase in energy density versus the original 2010 model. Incidentally, the new Leaf was named “2018 World Green Car” by the World Car Awards in March.

“Beyond this being a cool decoration, it is a way to celebrate your environmental side,” Ferreira said. “I’d like to encourage everyone’s love of nature, but please don’t be the house that gives away raisins.”

Well said. And the part about the environment was good too.

Where To Find The Leaf Pattern

You can grab the free Nissan Leaf carving pattern here.

And if you just can’t shake that performance car vibe, here are two others for you. Both free. Happy Halloween! 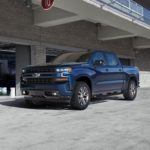 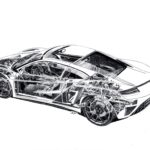