2019 Genesis G70 Racks Up Features But Easy On Price

Genesis, the Hyundai sub-brand that is to the Korean automaker what Lexus, Acura, and Infiniti are to their Japanese parents, just announced pricing for its G70. The 2019 Genesis G70 is aimed squarely at competitors like the BMW 3-Series and Mercedes-Benz C-Class. Unlike those heavyweights, the G70 costs about as much as a minivan.

Look, I’m going to be right up front here: The Genesis G70 is a very good car, but no one is going to be pining for it like a long lost love 50 years from now. Competence only gets you so far. It gets you loyalty and devotion, but it rarely gets you love.

Then again, competence can earn you lots of sales.

The 2019 Genesis G70, which has been on sale in its home market for a while, is now available in the United States. You get your choice of two engines. Either a 2.0T inline four-cylinder turbo, or a 3.3T V6 twin-turbo mill. If you go with the 2.0 four-banger, you get your choice of six liberally equipped trim levels, starting at $34,900.

For some reason, Genesis is limiting the production on these to only 400 units.

Well, at least “limited” is not just a sticker they slap on the bumper.

Across all the trim levels, there’s a lot of overlap in terms of features. So let’s just look at either end of the G70 spectrum.

At the low end (and I’m using that term relatively here), the 2.0T Advanced RWD comes with Shift-by-Wire technology, held up by a MacPherson strut front and a multi-link rear suspension. The power-steering system is rack-mounted and motor-driven. Wheels are 18-inch alloys with Michelin all-season P225/45R18 tires. An eight-speed automatic with paddle shifters and rev match is available.

The brakes are ventilated, of course.

There’s also a front map and pin light (not sure what that is). The rear seat is a 60/40 split-folding deal. Audio, cruise, and phone controls are located on the steering wheel.

There’s a rearview camera with parking guidelines and an auto-dimming rear-view mirror with HomeLink. Leatherette seating surfaces, rear folding armrest with cup holders, and a Bluetooth hands-free phone system are included. Multimedia? Tons: HD Radio, seven-inch color LCD multi-information screen, two front USB ports, and another one in the rear. There is even Apple CarPlay and Android Auto connectivity.

The 3.3T models add stuff like a multi-plate type limited-slip differential, Brembo brakes, dual exhaust, a sport-tuned suspension, alloy pedals, and full LED headlights. And the Genesis logo approach lights too (show offs!). Along with the navigation, there is something called the “front passenger seat walk-in device.” No, I don’t know either.

But there is also a high-zoot Lexicon 15-speaker audio system with Quantum Logic Surround and Clari-Fi Music Restoration Technology. 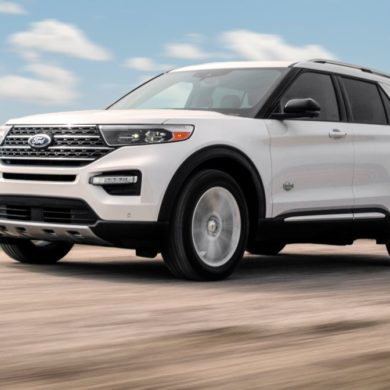