The 2018 Monterey Car Week and Pebble Beach Concours d’Elegance ended on a high note. There were two record sales that dominated this year’s event. It commemorated the most expensive American car ever sold at an auction.

Total sales amounted to a staggering $368 million. This is a 12 percent increase over 2017, which managed a cumulative total of $323 million by comparison.

Here are the five most expensive cars sold during the 2018 Monterey Car Week.

The 1962 Ferrari 250 GTO earns the distinction of being the most expensive car sold at auction in history. It exchanged hands for a staggering $48,405,000 at RM Sotheby’s. It eclipsed the old record established by a similar Ferrari 250 GTO back in 2014.

Why the exorbitant price tag? The car competed in twenty official races and was never involved in a crash. It also happens to be the original test car of Phil Hill, who happens to be the only American driver to win the Formula One World Driver’s Championship.

This 1935 Duesenberg SSJ Roadster sold for an eye-watering $22,000,000 by Gooding & Company, the most expensive American-made car ever sold at auction. Equipped with a massive supercharged 7.0-liter inline eight-cylinder motor that produces 400 horsepower, it’s no wonder why this Duesy was able to surpass the previous sales record set by the 1962 Shelby “CSX 2000” 260 Cobra in 2016 for an American car.

RM Sotheby’s was on a roll when they sold this magnificent 1965 Aston Martin DP215 for $21,455,000. This car saw action at the 1963 24 Hours of Le Mans. Coincidentally, it was also piloted by racing driver Phil Hill along with Lucien Bianchi. This car is reportedly quicker than the Ferrari 250 GTO but had to retire early due to transmission issues.

The DP215 also happens to be one of the rarest Aston Martin vehicles in existence.

The 1966 Ford GT40 Mk II Coupe is regarded as the “Ferrari killer.” This particular GT40 is one of the original race cars that completed Ford’s 1-2-3 finish at Le Mans in 1966. All three Ford racers crossed the finish line at almost the same time, but this particular example came in third, which is enough to make it one of the most desirable race cars from that era.

You might be wondering why this 1958 Ferrari 250 GT sold for $6,600,000 by Gooding & Company. Well, this Ferrari consecutively won the Tour de France from 1956 to 1959, hence the TdF moniker. It doesn’t just come with a proper racing pedigree, but a tuned 3.0-liter Colombo V12 motor and luscious alloy coachwork designed by Pininfarina and hand-built by Scaglietti.

Hagerty’s sales forecast wasn’t far off. The publisher of the Hagerty Price Guide released an official prediction of $342M total sales for the 2018 Monterey Car Week. We understand why old race cars are fetching astronomical price tags. It’s not just the bragging rights or the racing pedigree, rather the level of detail and craftsmanship.

“The Hagerty Price Guide team is constantly monitoring the market, looking at traditional land-based auctions, online auctions, public asking prices, private sales information that is provided by our million-plus members, and our network of dealer partners,” said Jesse Pilarski, Valuation Information Analyst at Hagerty. “We inspect thousands of cars each year to put sale prices in the context of condition, provenance, and spec, which can all greatly impact value.”

Based on the auction results, we were wondering why exotic race cars are in such high demand, while modern hypercars like the new Bugatti Chiron and 2010 Bugatti Veyron 16.4 Grand Sport failed to sell at the auctions. Even though Gooding & Company and RM Sotheby’s were able to sell two Ferrari LaFerrari’s for over $3M, the sales amounts were below the current valuation indicated by the Hagerty Price Guide.

“Several different reasons can cause values for a particular vehicle to increase or decrease. It could be something like new first-time buyers entering the market,” Pilarski explained. “Another reason the value goes up is the substitution effect. If you were shopping for a Mercedes-Benz 190SL, but those became too expensive what do you shift your sights to? Most buyers jump to the next SL Mercedes in line, the 280SL, which drives up values for the 280SL.”

Ferrari, Aston Martin, Alfa Romeo, Maserati, and Mercedes-Benz often see higher values than other vehicles because of their names. Like fine wine extracted from heirloom grapes, there is something about exotic brands that stirs the interest of affluent car buyers.

“Cars at the top of the market work a little differently than Corvettes and Mustangs. Outside economic factors play a larger role for these cars. If traditional investments like stocks and real estate are providing poor returns, tangible assets like fine art and collectible cars become attractive,” Pilarski said.

Changes in the tax code can also play a role in the values of Blue-Chip collectible cars. As a result, collectors can capitalize.

“Up until recently, collectors were able to take advantage of the 1031 exchange which allowed them to defer paying taxes on sold vehicles if they rolled that money into a different vehicle,” Pilarski said. 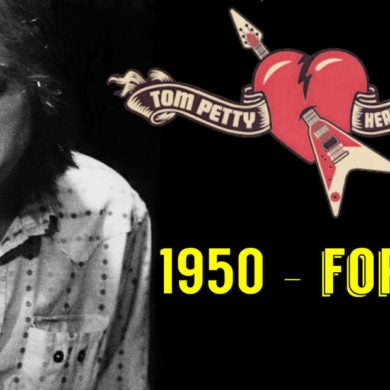