Letter From The UK: Being A Motor Man

It’s all about the rightness of things, do you see? This dilemma that people of the male persuasion have to deal with because all men believe they are in the right. If, and I know you’ll find this hard to grasp, they are wrong it is always on a silly technicality, and that basically their wrongness is actually based on a solid grounding of rightness.

If others can’t see that, well, that’s their problem isn’t it?

Take driving. We all believe we are good drivers and if others think we are not, then they’re wrong and they are obviously acolytes of that pious, self-righteous, anti-car lobby of witless dullards who wouldn’t know driving skill if it jumped up and bit them. This sort of challenge to man’s inherent driving superiority is like a red rag to a bull.

Here in the UK there exists another group of people – for the sake of argument we’ll call “women” – who insist on referring to we mature fellows as “boy racers.” This is missing the point. If you want to enrage a bull you wave a red flag at it and it all kicks off. It can be like that in marriages too although the flag is optional. Mostly it’s just bull.

Traditionally and historically, men have done the driving and women the criticizing; that’s the natural order of things. This is the point: Over the last few decades more and more of the distaff side have taken to the wheel and yet we, the blokes, are still the ones at fault.

It just isn’t fair. Or right. 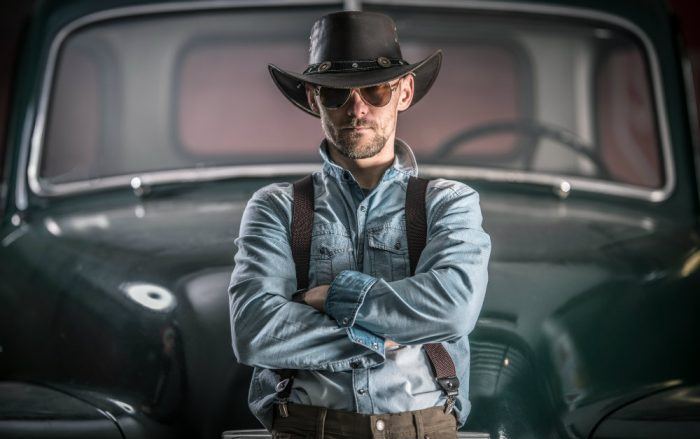 It’s a hard truth to swallow, but perhaps – only perhaps mark you – the “boy racer” tag has something to it. Car makers are at fault of course for making all those great vehicles over the decades. The rot really set in at the tail end of the 1950s here in Great Britain when the Mini first became available. Acne-afflicted adenoidal youths discovered the sheer chuck-ability of the tiny wheeled wonder and drove accordingly, and it sort of stuck with them.

We up-specified them, fitted sporting cylinder heads, a Cherry Bomb exhaust, doubled the number of carburetors, and the rest is history.

The “boy racers” of yesteryear have grown up now and purchased Porsches and powerful BMWs believing that road conditions have never changed and their own reflexes are as they always were, back in those blossoming years of lusting flush and not in any way dulled by age or infirmity. This is why, when someone adjacent on the road drives badly we become incensed and determined to prove we can do it better. The rules say we should turn the other cheek and report the miscreant to the authorities; but this is not the manly way. 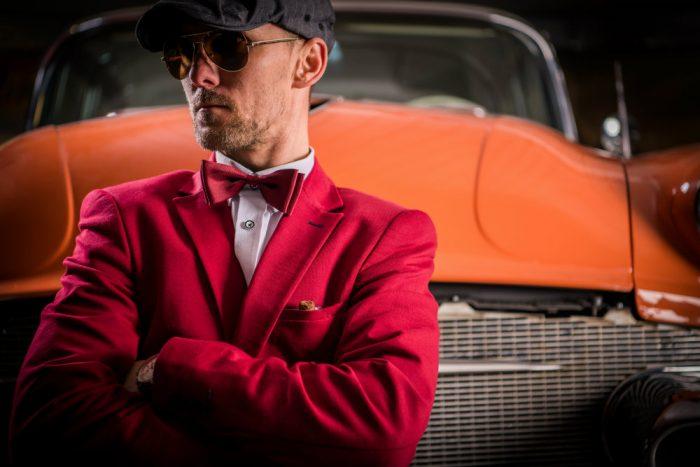 You see, the problem for chaps is that they routinely suffer from an illness called Machismo. Characteristics of this terrible disease include a feeling of dominance, fierceness, and bravado and really you should feel sorry for them when so afflicted, bless them. Not wrong, right; just misunderstood. It is a well known medical fact, for example, that driving fast cars actually does make men more virile and attractive so it’s no wonder there’s trouble.

So men will continue to labor under the misnomer of “boy racer” and this is likely to only be changed by something radical like death by old age. This is because it never leaves you. The great and legendary British motor-racing Knight Of The Realm, Sir Stirling Moss himself, is on record saying he got into motor racing because it was dangerous. It’s the buzz! It’s the charge! There’s nothing we can do about it.

The final word lies in a famous expression: “When I was a boy I drove as a boy. Now that I am a man I’ll drive how the heck I like.”

From memory this may not be exactly the correct quote, but I’m probably right.

On This Page
Men Make The Best Drivers
Or Is It?
The Reason Why