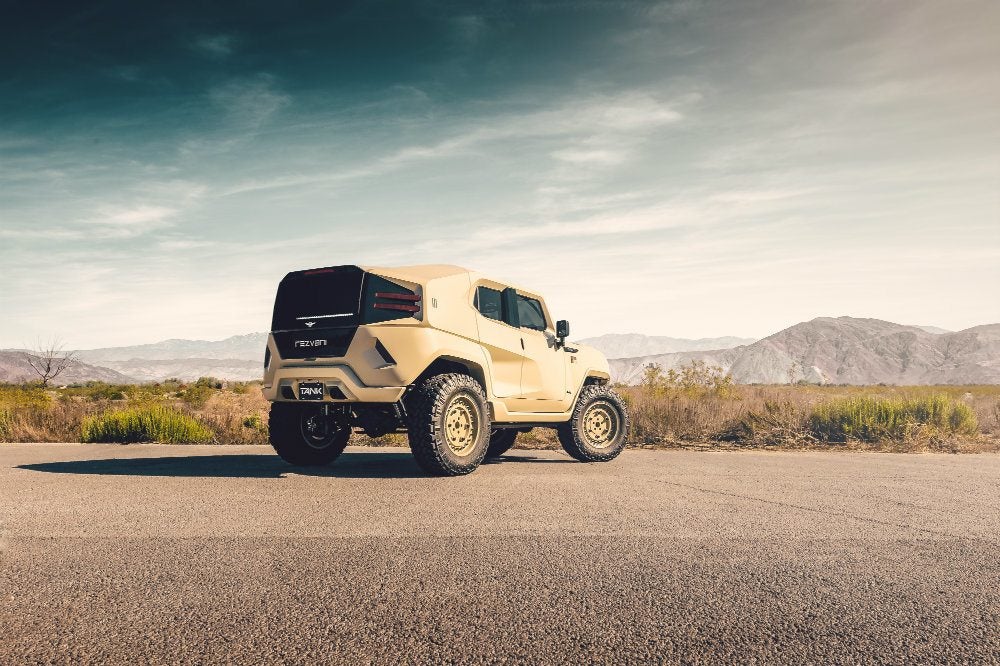 There are a number of vehicles with which to impress the neighbors. There is the ultra luxury and/or muscle car approach, say a Maserati or old-school Pontiac; or the massive 4×4 approach via the Jeep or Hummer. Up until this point, I would have said any of those vehicles, but these days, if you really want to impress your neighbors – like get them to double take while watering the flowers impress – might I suggest the Rezvani TANK Military Edition.

This. This is what you need.

“We’ve upped the ante with the new TANK Military Edition,” explained CEO Ferris Rezvani. “After the success of TANK, we decided to build a machine with the ultimate security features while maintaining extreme luxury.”

Buyers have two engine options: a 6.4-liter, 500 horsepower V8 or a 6.2-liter 707 horsepower V8. If those figures look familiar, it’s because they are sourced from the Dodge Charger and Challenger lineup, the latter engine being of the Hellcat variety. And the TANK Military Edition is lighter than it looks too, clocking in at 4,300 lbs.

It’s likely either of those engines will effectively lose anyone following too close, but in case not, a “Smoke Screen” feature is available to dash would-be stalkers. For unwanted gawkers, magnetic dead-bolts and electrified door handles provide maximum security against unauthorized access.

We’re talking a bit more than heated seats and satellite radio here . . . the Rezvani TANK Military Edition comes equipped with Level 7 glass and ballistics armor, which can withstand high caliber assault weapons and rifles. The radiator, battery, and fuel tank are each wrapped in Kevlar and the underbody is reinforced against explosive devices. A thermal night vision system provided by FLIR displays heat signatures around the vehicle.

There is a Fox suspension, special run-flat tires, strobe and blinding lights, sirens, and a full intercom system with external speakers. First aid and hypothermia kits and gas masks are also provided.

“Designed to withstand urban terrain or apocalyptic attack, TANK is that extreme tactical urban vehicle equipped to handle it all,” Rezvani added.

The Rezvani TANK Military Edition can be reserved now with a $10,000 initial deposit and starting MSRP of $295,000. It takes about 12 weeks (give or take) to have one manufactured. The vehicle can be serviced, according to Rezvani, at any Dodge or Jeep dealership.

Bring on the zombies! 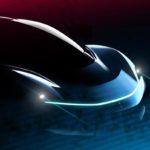 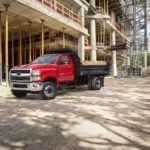