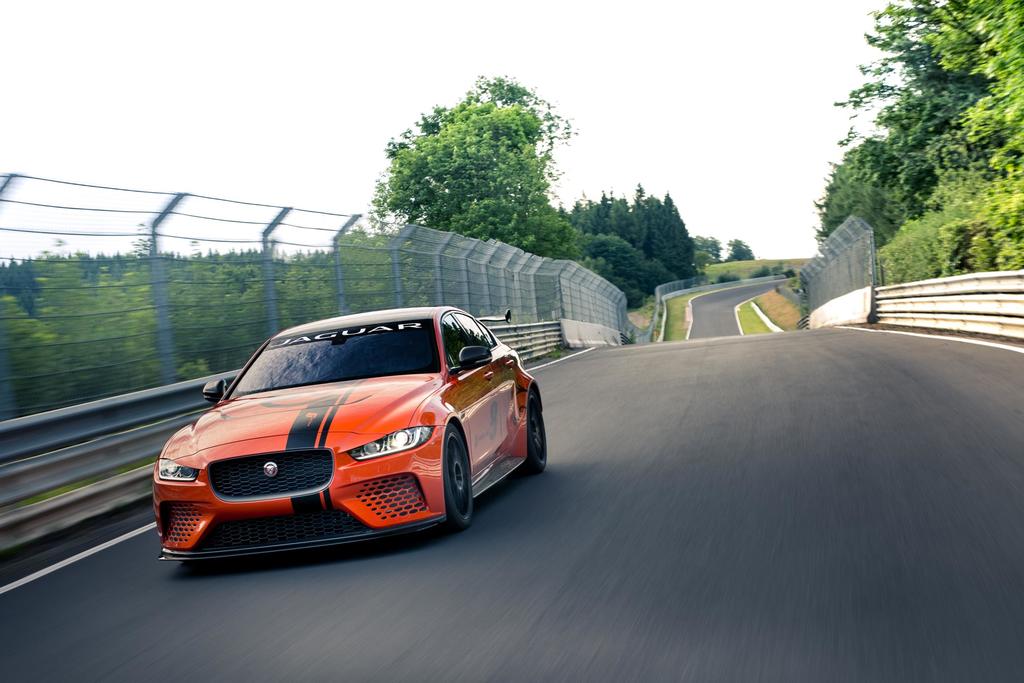 Alright all you Bahn-burners, Merc pilots, Beemer drivers, and Audi flyers, Jaguar is here to say, “Not so fast, chaps!” The Jaguar XE SV Project 8 aims to be the veddy British, veddy quick answer to “Who builds the world’s fastest sedan?” And with a 200 mph top speed and a Nürburgring Nordschleife lap time in the low 7:20s, you Germans best listen up.

Jaguar Special Vehicle Operations is putting the finishing touches on the soon-to-be-released XE SV Project 8, “the fastest and most thrilling of all road-legal four-door sedans.” Let’s just take that as a factual statement for now, and leave the fuming and raging you can hear emanating from Germany as distant thunder to be dealt with later.

The Project 8 is a big, four-door sedan with a zero to 60 time of just 3.4 seconds. That’s impressive, given how large and heavy these cats are. They weigh just under 3,900 lbs. (after going on a significant diet) and are over 15 feet long. No one is going to mistake this for a Lotus, but that made little difference to the stopwatch when the Jaguar XE SV Project 8 sedan set a lap time of 7 minutes 21.23 seconds at the Nordschleife, quicker than the old four-door record by more than 10 seconds.

Overcoming all that heft and size is a 592 horsepower version of the “normal” supercharged Jaguar 5.0-liter V8, making the XE SV Project 8 the most powerful Jaguar road car to date. That big powerplant lives in a car peppered with genuine motor racing technology, a flat underbody, a differential oil cooler, and an all-wheel drive system that puts the power to the lane. The ride height, camber, front splitter, and rear wing are all adjustable. Michelin Pilot Sport Cup 2 road-legal track tires wrap the forged 20-inch wheels with ceramic wheel bearings similar to those in grand prix cars. Impressive.

The high-tech racing stuff doesn’t stop there. There are two-part upper wishbones, ball joints in place of rubber bushings, twin coil springs, special dampers and lower suspension bushings, a rollover protection system, and the latest spec carbon ceramic brakes: all new and all bespoke to the XE SV Project 8. The only body components used from the standard XE are the aluminum roof and aluminum front door skins. The vented hood, flared front fenders, and bumpers are made from carbon fiber. Driver feel is up, according to Jaguar, and the handling response is sharper.

“Power delivery and gear shifts are the most visceral we have ever offered on a Jaguar – every 1/100th of a second improvement in shift time adds up over a complete lap of the Nürburgring,” said Mark Stanton, Special Vehicle Operations Director. “Rest assured, no stone has been left unturned in our mission to make this the most rewarding Jaguar driver’s car ever.”

With no more than 300 being made, each one will be hand-built at the company’s Technical Center in Coventry.

“The good thing about building only 300 cars, all hand-made, is that you can keep developing the car right up to the start of production,” said David Pook, Project 8 Vehicle Dynamics Manager. “And we’ve done just that. The springs have got stiffer and so have the engine mounts. The suspension arm bushes have changed. The brakes have been refined for the exact pedal feel and performance we want. This has all been done to make the car even more responsive and to handle even better.”

Two versions of the Project 8 are available globally. The four-seat version coming to North America contains all the Motorsport tech, but outside the U.S., there is a two-seat Track Pack version that drops almost 27 lbs. and includes carbon fiber racing seats, a four-point safety harnesses, and a boost in torsional rigidity by 27 percent. But like I said, that is not to be our version over here in the states. More’s the pity.

On This Page
Bolder & Badder
Building The Beast
Pricing & Availability 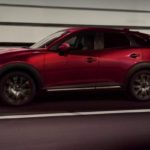 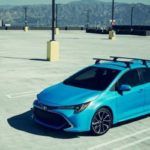 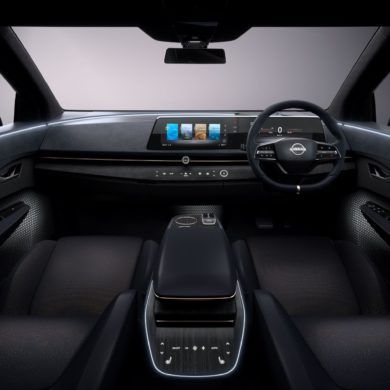