The Dodge Durango is one of the most underrated SUVs of our time. I’ve said this before, but “grown ups” who still love performance or muscle cars will find the Durango satisfying to their appetites. The modern day Durango has plenty of room, comfort, and technology for the family, but lots of grunt under the hood. It’s so nicely balanced on the spectrum: there’s luxury and technology, but also aggressive styling and raw power. Lots of raw power. Lots.

For example, the 2018 Durango SRT features a 392 (cubic inches) HEMI V8 with 475 horsepower and 470 lb-ft. of torque. It hits 60 mph in 4.4 seconds and runs the quarter-mile in 12.9 seconds as certified by the National Hot Rod Association. Trips to the swimming pool, piano recital, and grocery store are now infinitely more exciting. The Dodge Durango laughs at the notion that family vehicles are boring vehicles. And Dodge is continuing to chuckle with the new Rallye Appearance Package for the 2018 Durango GT.

If this were any other SUV, a new appearance package might fly under the radar. New appearance packages sprout up like dandelions on a spring day, and understandably so since they do dress up a given vehicle nicely. Yet, for Dodge, announcements like this go just a bit farther, because they are the only automaker still carrying the muscle car torch. This was evidenced recently by the new Shakedown Package for the mighty Challenger, which gives the iconic car a Dominic Toretto, Brian O’Conner vibe.

Again, new packages like this are common, but for Dodge there is distinct purpose when they release one. It goes beyond trying to attract more people to the dealership, or to get the automotive press to talk about it, or to jazz up the front end so it looks pretty at the auto show. Yeah, it may well do all those things, but for Dodge it’s about adding one more layer as they stay true to the unembellished and fervent mantras that are the muscle car culture. The GT resides at the midpoint in the Durango lineup, but it’s no exception. It gets lit by that aforementioned torch just as the Challenger would.

“Many of our customers love the performance look of the Durango R/T and Durango SRT, but are happy with the award-winning Pentastar V6 engine’s 295 horsepower and the excellent fuel efficiency it delivers,” explained Steve Beahm, Head of Passenger Cars, Dodge/SRT, Chrysler and FIAT, FCA – North America. “This new Durango GT Rallye Appearance Package gives those three-row SUV buyers the best of both worlds.”

The Durango GT’s new Rallye Appearance Package adds a performance-inspired hood with a cold air duct and two heat extractors. The front fascia and LED fog lamps have a look that mimics the R/T and SRT models, and it’s available with the popular Brass Monkey Wheels. That’s it. Simple. Simple but effective.

The Durango GT runs a 3.6-liter Pentastar V6 that generates 295 horsepower and 260 lb-ft. of torque, mated to a TorqueFlite eight-speed automatic. When properly equipped, it can tow 6,200 lbs., a best-in-class figure according to Dodge. The Durango’s list of available features is nearly endless from Blu-ray and DVD players, to premium audio systems and navigation. Inside, driver’s have 85 cubic feet of cargo space and 50 different seating configurations at their disposal.

The new Rallye Appearance Package for the Dodge Durango GT is $1,495 and is available now. If you add it to your Durango, do share a picture with us on Twitter. 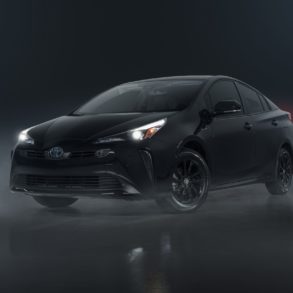