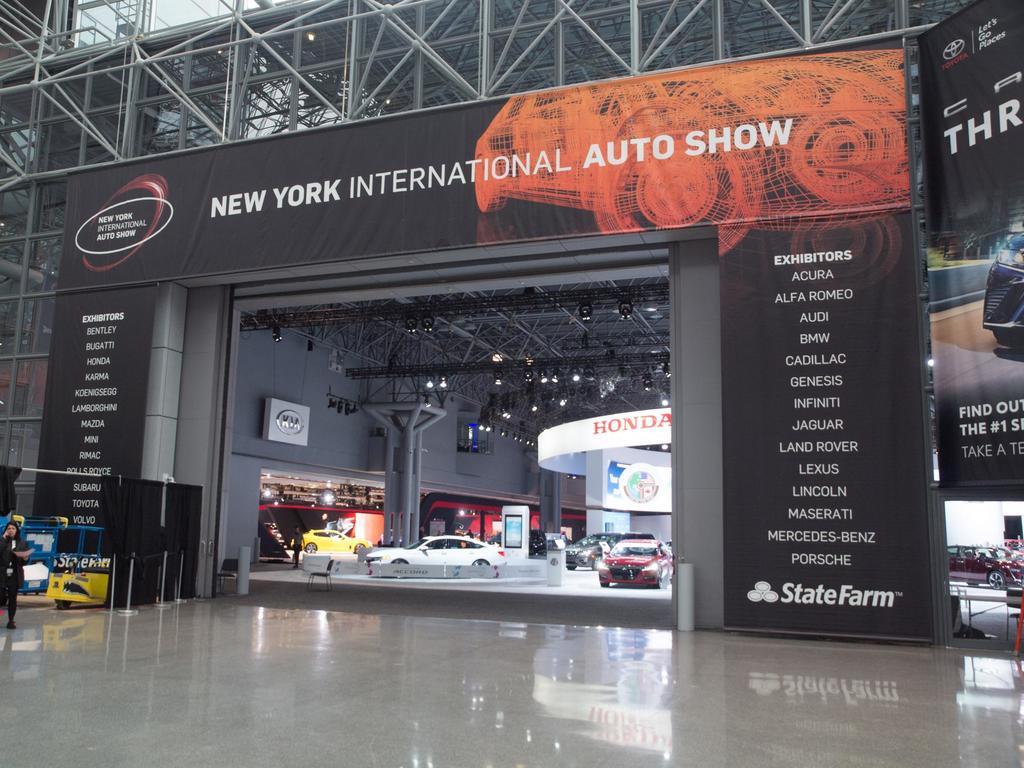 A New York tradition is the annual car show, always held during Easter week in the Big Apple. You may think of Manhattan and its surrounding boroughs as inhospitable to automobiles, but the New York International Auto Show (NYIAS) still draws a crowd big enough to rival other U.S. shows.

In addition to my work with Automoblog, I am also a product trainer for CARiD. We had boots on the ground and were able to bring you first-hand coverage of what we found interesting.

It’s impossible of course to spend quality time with every single vehicle, so our focus was on the debuts, volume leaders, pickups, electric cars, and everyone’s favorite, performance cars, uh, vehicles.

Acura’s midsize RDX crossover is all-new. The redesigned sheet metal keeps Acura’s family resemblance. The previous generation’s V6 is gone in favor of a turbo four-cylinder, mated to a 10-speed automatic. Available SH-AWD (Super Handling All Wheel Drive) can send up to 70 percent of the available power to the rear wheels. The interior has the de rigueur 10.2-inch center screen.

It’s no secret that Cadillac’s sales are below their expectations. After huge investments in new sports sedans, the market ignored them and bought old-school Escalades. With crossovers hot, Caddy smartly decided they need more, hence the XT4, one size below the current XT5. It’s powered by a 237 horsepower turbo four, coupled to a nine-speed auto. If it’s priced right, it should help spark sales at Cadillac.

Two years ago, I said Lincoln was dead, and predicted they would go the way of Mercury. I was wrong, thankfully. Lincoln is now officially back, and in a big way. The new Navigator is a smash, and this Aviator “concept” is a production vehicle in disguise. It’s drop-dead gorgeous and sized right. Perhaps best of all, it will be built on a new rear-wheel drive platform to be shared with the next-gen Explorer. Glad to have you still with us, Lincoln!

Sports and exotic cars are fun, but vehicle manufacturers make their profits from volume. Among the many mainstream cars and trucks on the floor, these stood out:

Toyota practically invented the CUV segment with the first RAV4 in 1994. This all-new fifth generation version dwarfs the original, but Americans love them, making the RAV4 one of the U.S.’s best-selling vehicles after pickups.  To differentiate it from its CR-V and CX-5 competitors, the optional Adventure trim looks more like a truck than a Cute Ute. A hybrid version is also available.

“Don’t fix what ain’t broke” could be Subaru’s motto. The Forester is completely redesigned but looks almost the same. Turbos and stick shifts are gone; all Foresters have a 2.5-liter flat-four, CVT transmission, and all-wheel drive. The big news is inside: material quality and fit and finish rival near-luxury cars in the next price bracket. If the standard 6.5-inch touchscreen is too small, opt for the eight-inch one.

A uniquely American tradition, the three best-selling vehicles are full-size versions. The midsize truck market is about to get very exciting again, and never rule out the import brands:

The Ranger nameplate, gone since 2011, will be back in 2019. Ford had abandoned the midsize pickup segment only to see GM, Honda, and Toyota gladly step in. The new Ranger will have one drivetrain for now, a 2.3-liter turbo four tied to a 10-speed auto. With the regular cab gone, buyers must choose between an extended “SuperCab” or full “SuperCrew.” Expect the competition to answer in kind.

Officially, this is a design study. Given that it’s built on the existing Atlas SUV platform, bringing it to production should be a no-brainer. It’s a big truck, 16-inches longer than its SUV brother, but looks sharp. Instead of competing with the domestic Big Three, expect it to go head-to-head with the Honda Ridgeline. VW needs this truck if they are serious about increasing U.S. sales volume.

Ford put its F-150 on a crash diet by making it all-aluminum, so both Chevrolet and Ram knew they needed to lose weight. The Silverado is up to 450 lbs. lighter, with aluminum doors, hood, and tailgate. The 1500 will have an optional 3.0-liter Duramax diesel for those who need the torque. Sheet metal is all-new but still a Chevy.

Ram’s redesign moves it away from the “mini-Peterbilt” look it had for 25 years. Rams drop around 225 lbs. and it’s more aerodynamic. If you need to save even more fuel and increase torque, there’s a mild hybrid system available, but regular cabs are gone, so pick either a quad or crewcab. Pickup trucks are proof that competition in this segment is healthy.

“Fast cars” used to be limited to cars. The four that rang our bells this year included a convertible, a four-door sedan, and not one but two SUVs. Who would have ever guessed?

The Stelvio is Alfa’s new SUV, and while normal versions have turbo fours and start in the $40,000 range, the top-shelf Quadrifoglio uses a Ferrari-derived V6. Is it fast you ask? It beat the Porsche Cayenne and now holds the world’s record for fastest SUV on the Nürburgring. Bring $82,000 with you and they’ll let you pick the color. I suggest red.

Car makers keep inventing new segments. Case in point: the X4. Is it a sports sedan or an SUV? It’s both. Jacked up like a truck, but swoopy like a four-door coupe, the top-line M40i gets motive power from a turbo 3.0-liter six, and mixes that with bigger brakes, stiffer suspension, and sportier seats. Sales start this summer at around $61,000.

Every American boy fantasizes about a Corvette. Those boys grow into men and many eventually have the disposable income to fulfill the fantasy. While I do know plenty of female Vette fans, this latest ZR1 with its supercharged 6.2-liter V8 and boy-racer wing big enough to serve as a spare couch plays right into the dream. At $120,000 and up, Chevy will sell every one they build.

Back on planet earth, Kia, maker of boring econo-boxes, has taken a shot across the bow of BMW and anyone else who thinks they build sports sedans. The new Stinger, in rear or all-wheel drive, has either a turbo four or twin-turbo V6. It can accelerate, it can handle, and did I mention that it’s also good looking? Let’s throw in hatchback versatility for good measure. If I were at BMW, I’d be losing sleep.

Gas is still cheap, and big trucks still rule the sales charts, but that could change tomorrow. Hybrids have been around for a while but keep improving. And the all-electric segment, at less than 1 percent of sales, has some new entries at various price points.

Tesla has gotten lots of (mostly good) press, but Elon Musk is learning that the competition never sleeps. Hyundai’s new Kona CUV starts in the $20,000s for a gas engine version. There’s also the new Kona Electric, with a range of over 250 miles, and available recharging in under one hour. Pricing is not finalized but is expected to start around $40,000. It’s not a stretch to imagine those unwilling to wait for a Tesla Model 3 will check this one out.

This was a personal favorite just for its outrageousness. Not a hybrid, the i8 is an all-electric supercar, and it looks the part. The coupe model has been out for a while, but the roadster is new. What’s better than going green and having the wind in your hair? With batteries providing the push, the wind is likely all you’ll hear.

Another CUV from Japanese giant Toyota, this one wears its Lexus family styling well. Lots of choices here: front wheel or all-wheel drive, gas or hybrid powertrains, with the hybrid expected to get up to 55 mpg. It’s also expected that this could be the first Lexus available “by prescription” as opposed to purchase or lease. You avoid the commitment but get into the brand.

Sure, you can do all your shopping online these days. But there’s nothing like an auto show to give you a taste of everything that’s out there without the hassle of visiting multiple dealers. Browsers can kick tires; serious shoppers can engage with staff in a no-pressure environment. The New York International Auto Show delivered on all counts for 2018! 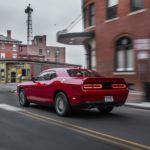 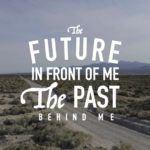 Next
Chapter 1: Setting Off From Sierra Vista 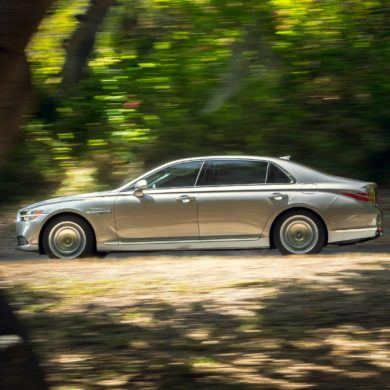