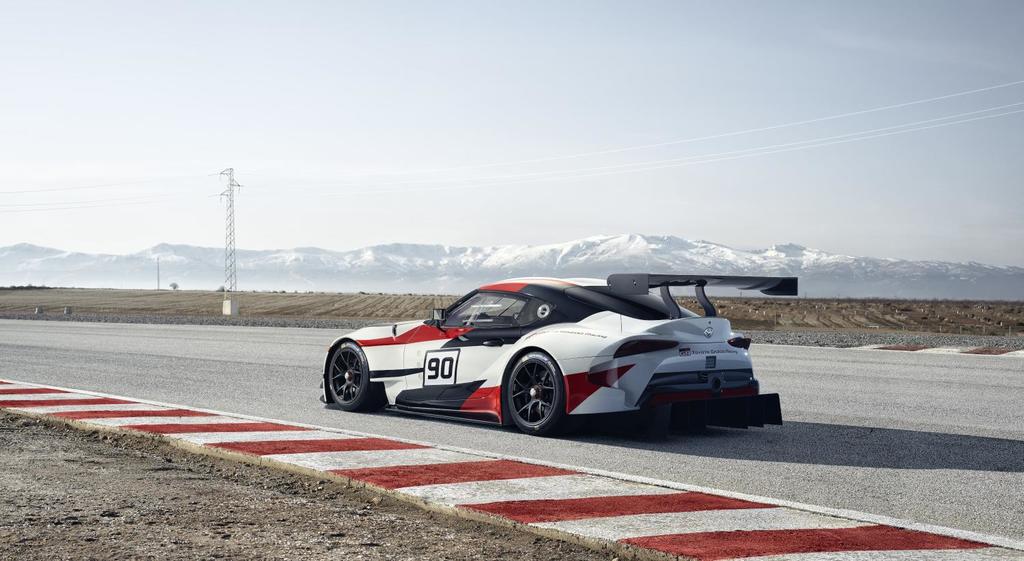 Man, Toyota has been drawing this out seemingly forever now. A certain stripe of gearhead has been hovering all over this since it was a mere rumor months and months ago. At first it was all “deny-deny-deny” and then it was all “maybe-maybe-maybe,” and that turned into “possibly, but we won’t show you” and now, this final tease. So what is here? What is Toyota showing us, and what does it portend for the upcoming Supra?

This Supra – the GR Supra Racing Concept – is a compact, two door coupe-shaped thing with a front-engine/rear-wheel drive layout (of course!) (thankfully), which makes extensive use of lightweight materials. The GR Supra Racing Concept was ginned up by Toyota Gazoo Racing, the outfit that came to prominence in Europe in 2007. Gazoo went on to become the international umbrella organization for Toyota’s global sporting program and has competed in such diverse genres as the FIA World Rally Championship and the FIA World Endurance Championship.

I have never heard any real explanation as to why they named themselves after an hallucinatory character from The Flintstones, however.

Obviously, the GR Supra Racing Concept is wrapped in overly-dramatic, meat-axe-styled bodywork. Note the comically large rear wing, for example. That’s there for the track, and although I would be very surprised if the upcoming Supra did not have some sort of aero appendage out back, I doubt it will be that eccentric. Seemingly, the entirety of the body panels are made from some sort of unnamed “strong but lightweight composite material.” Seriously, that’s all Toyota refers to it as: “strong but lightweight composite material.” Could be carbon fiber. Could be good old fiberglass. Who knows?

What we do know is that it’s used in the front and rear bumpers, and note how they are obviously wider than what you’d find on a street car; better to hide the huge tires/wheels from the air stream. The front splitter is also more extreme than on a road car, as are the rear diffuser, side skirts, door mirror housings, and the rear wing. All of those: diffuser, skirts, and the rear wing are obviously for race tracks only.

Yes, yes. It looks cool and radical and all that, but huge front splitters and low hanging sill extensions wouldn’t survive one trip down to the mall parking garage, now would they? The hood is also made from the same stuff and features extensively louvered air inlets. The windshield and side windows are made of plastic and we all know that ain’t road legal.

What you don’t see, the stuff under the skin, is where it gets really interesting, and where some clues to the road car can be augured. The front and rear suspension has been lowered, but both ends use “original equipment components.” Smart! So Toyota is using the race model as a test laboratory for what we’ll see on the streets. Nice! You’ll also find BBS racing wheels shod with Michelin racing tires with your standard center locking nut. The brake system includes Brembo calipers and discs, and there is a racing-spec exhaust.

Naturally the cabin is as far removed from a street car as a jail cell is from a beachfront hotel room. See, there’s even bars like in a jail thanks to the required full competition roll cage. The built-in fire extinguisher is also along for the ride. The fuel and brake lines, pedal box, battery and wiring looms are all full competition standard. The doors are lined with carbon fiber panels (at least they named that material), the dashboard includes a “racing display,” and the OMP driver’s seat and harness will cosset you in relative safety.

The Italian safety equipment manufacturer also supplied the quick-release steering wheel equipped with a paddle shift system. Will the street version of the new Supra have those same paddle shifters, or will it get a traditional stick? That we don’t know yet.

What we do know, or at least can guess at, is that underneath all the aero junk and steroidal bulges is the overall shape and design of the (soon to be here) new Toyota Supra. If you can visualize losing all that stuff, or perhaps are good with Photoshop, you can get a pretty good idea of what the long-awaited Supra will look like.

And if you can squint a little bit harder, you can even visualize what the new Supra will look like sitting in your driveway. Stop drooling! 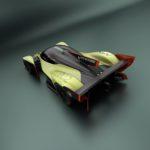 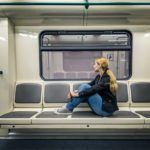 Next
Letter From The UK: Do We Even Need Our Cars? 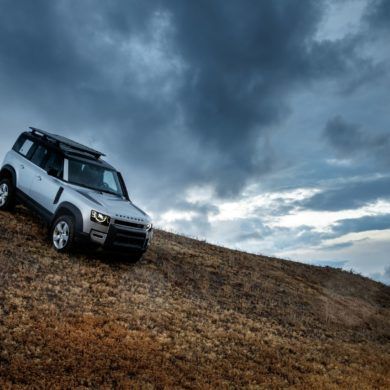