In 2013, VeloMetro’s founders had a series of “aha moments” that lead them to create an entirely new way to travel. In their native Canada, the team saw the success of one-way car-sharing networks and the increasing interest in electrified vehicles. At the same time, they noticed how station-based bike shares were rarely profitable and, in some cases, city governments were picking up the tab.

These “aha moments” inspired VeloMetro’s founders to devise something that would keep the ride-sharing model intact, but at a lower cost with greater accessibility.

Enter the Veemo VeloMobile, an enclosed electric-assisted bicycle that provides car-like functionality for urban travel. Through the Veemo app, users reserve the next available VeloMobile, and pay for the time they use. Need to run a million errands across town? Veemo. Meeting friends at that great sushi spot? Veemo. Not sold on the idea of owing a car? Veemo.

“VeloMobiles have been around for a 100 years – they were really popular in France when there was a fuel scarcity,” explained Kody Baker, Chief Executive Officer, VeloMetro Mobility Inc. “Automobiles took over but VeloMobiles became a niche product for any enthusiast who wanted a really aerodynamic human-bike vehicle.”

The Veemo model reflects what many budget-minded and environmentally-conscious consumers are looking for. It’s simple, sustainable, and riders pay as needed, versus having a reoccurring monthly payment. Although there are multiple factors, research continues to emerge that shows younger demographics are more open to alternative forms of transportation versus car ownership. Veemo is ideal for someone like this, particularly someone who hangs their hat in a densely populated area. And a driver’s licence is not required to operate one.

“We think our initial target market is people 18 to 28-years-old that live, work, or play in a city or a campus area,” Baker said. “We can reduce congestion in the city but still add another layer of mobility for people that live or work there.”

The VeloMobile is constructed from aerospace-grade aluminum and other lightweight composite materials for high tensile strength and rigidity. The rear suspension allows for 100mm of travel, while the front suspension accommodates 110mm of travel with its carbon fiber connecting rods. The 2.2 kWh lithium-ion battery pack provides over sixty miles of range, and can be easily swapped for a fresh one so the VeloMobiles are always charged.

Regenerative braking and an 80-watt solar panel extend range, while 10 small LED headlights and one central LED headlight provide nighttime visibility. There’s plenty of cargo space inside, power locks and windows, and even navigation in case a rider needs a little assistance.

The VeloMobile’s patented electric drivetrain utilizes a torque sensing system that measures a rider’s pedaling, then amplifies it. The dual motor design employs an automatic transmission and a special power sensor positioned on the crank. This allows the rider to easily manage the available power in a variety of situations.

“We detect whether the person just wants to slowly maneuver a parking lot or whether they are accelerating from a stop sign,” Baker explained. “We integrate that into our control system and really launch the vehicle forward from there.”

Top speed is around 20 mph, although it’s likely to feel faster.

“The vehicle goes forward with the power of three Olympic athletes behind you,” Baker continued. “We determined that an Olympic-level cyclist can put out a consistent 250 watts of power, but we are allowed 750 to 1000 watts, so you could say you have three or four of them pushing that vehicle.”

VeloMetro’s pilot program is underway at the University of British Columbia where five vehicles are in service. The university’s large campus is ideal for collecting use case scenarios and evaluating future strategies. So far, over 250 students have signed up.

The team hopes the pilot program yields a larger investment that would allow them a commercial expansion into metro Vancouver. The company has built eight prototypes already, each of them in Vancouver. With an expansion, final assembly and maintenance facilities would be placed near where the fleet is operating. Baker believes a larger scale platform would be profitable, and has even entertained the idea of expanding into the United States, Seattle and Portland specifically.

“We think the Pacific Northwest shares a lot of the same things that Vancouver does,” he said. “There is lots of rain, lots of hills, a strong cycling community, and the desire for being green.”

The Veemo VeloMobile may find another niche as a corporate fleet vehicle, especially for companies with a larger campus, like Google, Apple or Microsoft. It’s likely employees at such places would benefit from having a few of them around. Any college per the pilot program would benefit naturally, but also governments and municipalities for security patrol and parking enforcement.

“It is quiet too, so you could sneak up on perpetrators,” Baker joked.

One of the biggest questions is what the future of transportation will actually look like. After sorting through the Jetson-ish headline claims – only a handful of which might be possible – there is no single answer to that question. The common theme, however, is the desire to increase safety and mobility among the population and decrease any hindrances to that end. There are many players, but smaller entries like VeloMetro hold a tremendous advantage, even against manufacturers with massive budgets and sprawling production footprints.

VeloMetro is uniquely personal with a sustainable idea that speaks well not only to Millennials, but Generation Z, the next cohort we must consider as future leaders of the world. If there is a curve, VeloMetro might be ahead of it. The Veemo concept is George Jetson with a Fred Flintstone appeal. It’s futuristic but it’s simple. And considering how complex the future of transportation really is, simple gets the job done.

“We’ve got a lot of safety and a lot of storage in the back,” Baker said. “It’s a fun service and very utilitarian.” 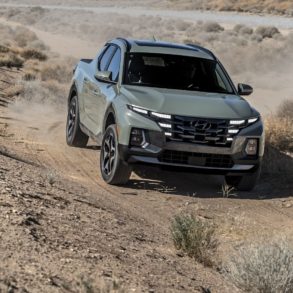