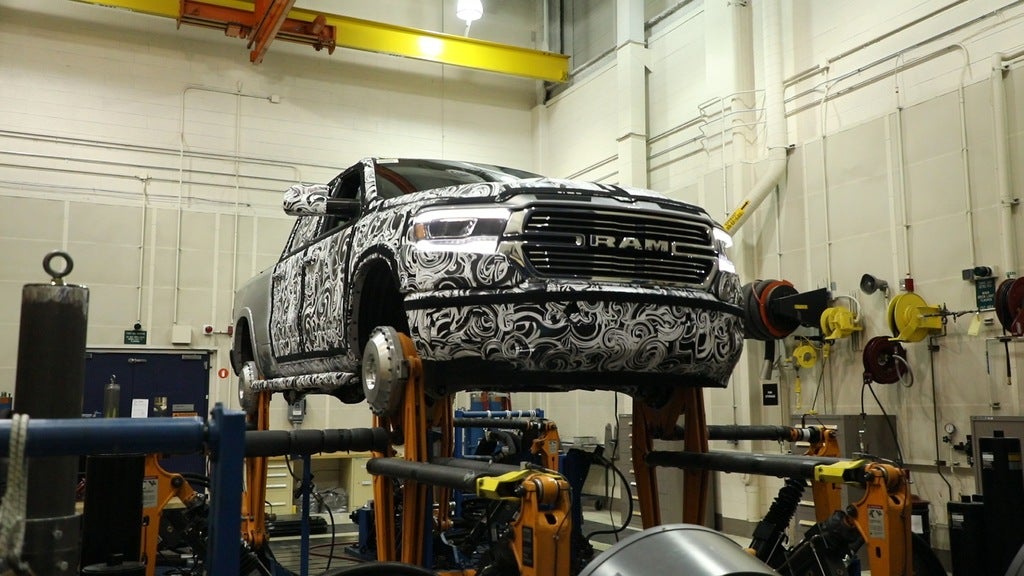 It’s appropriate to liken the half-ton truck segment to a chess match. Imagine, for a moment, two people are playing in a nearby park. It’s likely both have played for a number of years and are proficient with how the pieces move, given the various stages of the game. Each player is tasked with plotting their own move while simultaneously trying to predict what the other may do.

That’s exactly how the half-ton truck segment in the United States works.

The 2019 Ram 1500 is one of the most technically sound and mechanically advanced vehicles we have seen in recent times. Ram was meticulous with every detail and it’s clear they didn’t rush their forthcoming 1500. On the board, however, remain Ford, General Motors, Toyota, and Nissan. These are formidable players and a closer examination of the new Ram 1500 reveals how the Auburn Hills, Michigan nameplate plans to make their move.

“It is really going to change the way the world sees a pickup truck from the perspective of power, efficiency, technology, and luxury,” said Jim Morrison, Head of Ram North America. “We talked a lot to our customers and asked them what they wanted in their next generation Ram, and that is the stuff they asked us to focus on.”

The Ram’s high-strength steel frame (98 percent) was designed to accomplish a few things: drop weight, increase performance, provide comfort, and withstand impacts. On the first two points: it’s lighter by 100 lbs. yet rigid enough to accommodate a maximum payload of 2,300 lbs. and maximum towing capacity of 12,750 lbs. The rear cross members are double shear welded to the frame, both inside and outside, for improved durability and roll stiffness.

With regard to comfort, the 2019 Ram 1500 has new electronically controlled, side-frame-mounted active tuned-mass modules. Say that five times fast! The modules help reduce noise, vibration, and harshness and work in concert with the truck’s interior noise cancellation system. On 5.7-liter Hemi models, ambient sounds are down to 67.1 decibels, meaning it’s the quietest Ram 1500 yet.

On safety, the frame takes into consideration how trucks today are often family vehicles, and utilizes energy-absorbing tactics accordingly. Ram calls it “front splayed frame rail technology” but it’s designed to withstand front impacts, particularly frontal-offset impacts which are especially dangerous. To mitigate this, frame-mounted, high-strength steel tire blockers are located behind the front tires to force them outward during a collision.

In addition to high-strength steel, Ram utilized aluminum and composite materials to shed weight – nearly 225 lbs. overall when compared to the previous generation. Ram’s material strategy was “not just where possible but where practical.” This was applied generously to aluminum, and the material was used for the tailgate, engine mounts, front axle center section, steering gear, lower control arms, and the front suspension and transmission crossmembers. Composite materials were then used for the upper front control arms and air dam structure.

One of the most interesting technical elements is the eTorque mild hybrid system, never before seen on a 1500-series truck. The eTorque system replaces the alternator with a belt-driven motor generator that acts like a 48-volt battery pack for short-duration torque output and regenerative braking. With the engine running, the generator feeds the 48-volt current to a 430 watt-hour, lithium-ion, air-cooled Nickel Manganese Cobalt (NMC)-Graphite battery. The system adds up to 90 lb-ft. of torque to the 3.6-liter Pentastar V6 and up to 130 lb-ft. to the 5.7-liter Hemi.

“It increases the performance of the truck and makes it go faster, but at the same time, gets up to 10 percent better fuel economy,” Morrison said. “So, you can have your cake and eat it too.”

Ram enthusiasts will easily recognize the Pentastar and Hemi powerplants as they return for 2019, although a bit beefed-up. The 3.6-liter Pentastar with eTorque creates 305 horsepower and 269 lb-ft. of torque, and features revised variable valve timing and two-step variable valve lift systems. Naturally, the 5.7 Hemi returns with its broad power band and optimized variable valve timing and cylinder deactivation systems. The Hemi’s variable camshaft timing helps maximize fuel economy by reducing the engine’s pumping work via a delayed closing of the intake valve. This increases the expansion process of combustion.

“I haven’t met a truck buyer yet that said they wanted less power, so we added more power first, then fuel economy as well,” Morrison noted. “There is a lot of stuff you can put behind or in this Ram truck, so we wanted to make sure it was ready to go to work from the power and efficiency side of it.”

Every 2019 Ram 1500 is equipped with a fully electronic TorqueFlite eight-speed automatic transmission with a wide spread of gear ratios to balance power and efficiency. Three final drive ratios are available on 2WD and 4WD models – 3.21, 3.55, and 3.92. Each combination is available with a traditional open or limited-slip differential, which automatically divides torque among the rear wheels to maximize traction. New for 2019 is an electronic locking differential.

The 2019 Ram 1500 features a new independent front suspension with the front stabilizer bar now relocated behind the tires to improve roll stiffness by 20 percent. A new front coil-over shock design is standard on all Ram 1500s regardless of configuration. The rear five-link coil suspension improves its articulation over a variety of obstacles while new “progressive coil springs,” as Ram refers to them, better handle heavy payloads and trailers.

“The main thing that comes up when you are talking to customers about the Ram 1500 is the overall ride quality that we have with our coil suspension,” Morrison explained. “We’ve got a very good reputation for the best riding truck in the marketplace and we wanted to add to that.”

Frequency Response Damping (FRD) with air suspension is one such addition Morrison is talking about. During cornering or heavy braking, the bypass value on the FRD system is closed for more aggressive damping, which increases stability and control. On rough roads or at highway speeds, the valve will open to soften the damping for more comfort. Complementing the FRD system is the load-leveling capability of the air suspension, which increases gas pressure until the truck reaches a normal, level ride height with its payload.

“My favorite thing about the truck is the ride and handling,” Morrison said. “I spend a lot of time driving my truck and the ride is unbelievable; it’s very stable and you can push it hard at any speed.”

Like the eTorque and FRD systems, the 2019 Ram 1500 introduces another advanced but rare technical element via the thermal management system. The technology is the first of its kind in the truck segment, and serves the new Ram 1500 by keeping the fluid temperatures in check. The system uses heated engine coolant to bring the engine oil and transmission fluid to operating temperature quickly. Similarly, a special heat exchanger and thermal axle quickly warm the rear axle gear oil.

The engine control unit manages a three-way valve in the cooling circuit. Once heated, the valve routes coolant to the rear axle, where it circulates through a cavity in the double-layer axle cover to warm the gear oil. The warmed gear oil is less viscous and brings the axle to peak operating efficiency faster. Also, the system helps prevent the rear axle from exceeding maximum temperatures during demanding conditions, like when hauling a trailer or payload.

Durability and performance validation was second to none, and consisted of thousands of hours of tests and checks. At home in Auburn Hills, the 2019 Ram was examined heavily in state-of-the-art scientific laboratories. The truck endured the Noise, Vibration, and Harshness Lab, the Wind Tunnel Lab, the Electromagnetic Compatibility Facility, and the Road Test Simulator, more commonly known by the acronym RTS.

“We run lots of tests – everything from the suspension to the aerodynamics to the overall mileage accumulation,” Morrison explained. “Specifically the rigor that we put them through on the shakers and the dynos will really push the engines to the limit.”

RTS recreates what the truck would experience with a driver in the 95th percentile, meaning someone who drives it in more severe conditions than 95 percent of all customers. RTS testing can put a lifetime of wear on the Ram in about one month. In addition to RTS testing, the 2019 Ram 1500 endured almost six million miles of real-world drive time.

“Here in Michigan, you couldn’t test a vehicle in a harsher winter environment,” Morrison added.

Inside, drivers are treated to a new Uconnect system with a fully configurable touchscreen. The screen can house one application, like navigation, across the whole 12-inch surface, or be divided with two items running simultaneously. The toggle switches below, which control the screen’s features, are part of Ram’s Human Machine Interface. The idea is to arrange the various controls, like the toggle switches, e-shifter, parking brake, or push-button start, in an intuitive way for the driver. This concept also explains why the center stack was raised and moved closer.

Depending on the model, the 2019 Ram 1500 has unique metal, leather, and wood treatments throughout the interior; the Laramie Longhorn even has real barn-wood accents layered across the cabin. There are 5 USB ports and two three-pronged 115-volt plugs for the first and second rows. The second-row can come heated and cooled, with eight different slide and recline configurations. Total legroom in the second row is 45.1 inches, a class-leading figure according to Ram. Total interior volume is 151 liters, another class-leading figure according to Ram.

“We wanted to take luxury to the next level,” Morrison said. “I know that’s bold, but you can’t compare this interior to anything; it’s just an incredible environment.”

For pricing by individual trim level, see our 2019 Ram 1500 MSRP chart. The new Ram is manufactured at the Sterling Heights Assembly Plant in Sterling Heights, Michigan and will arrive during the first quarter of this year.

“We have a good product portfolio for the future and we want to grow the brand and attract new customers,” Morrison said. “That means understanding the level of detail our customers want so we have the best truck in the marketplace.” 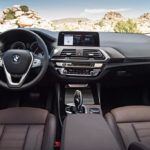 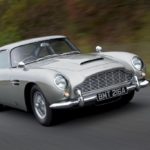 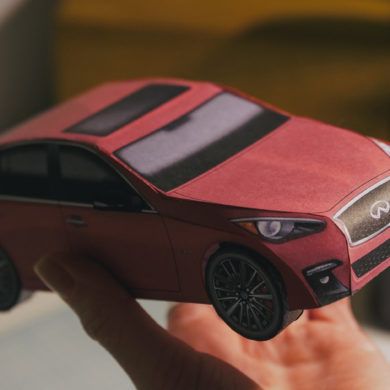