In a rather unconventional move for Mercedes-AMG, the German standard-bearer will be adding three new models and introducing a new designation: the 53-series. The three individual cars will be the CLS, E-Class Coupe, and the E-Class Cabriolet. All three models will incorporate shared technology along with common styling cues. Distinguishing features include the twin-blade radiator grille, the front bumper, A-wing design, the AMG-specific side sill panels, rear bumper with diffuser, and tailpipe trim elements in high-gloss chrome.

Under the hood resides a new, electrified 3.0-liter turbocharged inline six-cylinder engine, and an electric auxiliary compressor that adds up to 429 horsepower and 384 lb-ft. of torque. And all that high-tech power is put to the ground via an AMG SPEEDSHIFT TCT 9G transmission and an AMG Performance 4MATIC+ all-wheel drive system.

The new 53 Series has so much tech throughout the car that it’s almost hard to keep track of. The six-cylinder plant is already optimized for what Mercedes-Benz calls “intelligent electrification.” The EQ Boost starter-alternator combines a starter motor and an alternator into a single, powerful electric motor, fitted between the engine and transmission. This, along with the charging of the electric auxiliary compressor and an exhaust gas turbocharger, enhance the performance, efficiency, and driving dynamics. Bottom line: Zero to 60 in 4.4 seconds. The electric auxiliary compressor builds up a high-charge pressure in the intake tract without delay, so by-by turbo lag.

Mercedes-Benz also leverages the on-board 48-Volt electrical system for better hybrid functionality. Thanks to the 48-Volt battery, the overall capacity in the vehicle has increased, enabling more electrical energy. The power delivery requires only a quarter of a conventional system and the overall result leads to thinner and lighter wiring, thereby saving more fuel. An existing 12-Volt system supplies power to “regular stuff” like lights, the cockpit, infotainment displays, and control units.

Mercedes-Benz says the EQ Boost starter-alternator is the key component for all this new-fangled 48-Volt electrical system goodness. The EQ Boost starter-alternator serves as both an alternator and it’s also responsible for hybrid functions. It allows for more fuel savings and helps to maintain idle speed. Add all of this up, and the new drivetrain gets you a boost of 21 more horsepower and 184 lb-ft. of additional torque.

All this new-found, high-tech power is put to the Straße through an AMG SPEEDSHIFT TCT 9G transmission. It features extremely short shift times, quick responses on the shift paddles, a double-declutching function, and multiple downshifts. Downstream of the transmission is an AMG Performance 4MATIC+ all-wheel drive system (standard) with fully variable torque distribution between front and rear axles for optimal traction, stability, and safety under all conditions: dry, wet or snow.

If you want to fiddle with stuff, the new 53-series models have you covered with five drive modes: Eco, Comfort, Sport, Sport+, and Individual. The M mode is a “manual mode,” so gearshifts are executed using the shift paddles on the steering wheel. The suspension setups can also be selected manually, if desired. As that would imply, there’s a bunch of setups for the suspension as well.

The suspension is called AMG RIDE CONTROL+. The multi-chamber air suspension aims to be sporty, thanks to a spring/damper setup and the continuously adjustable Adaptive Damping System. The front axle is fitted with special steering knuckles and load-bearing joints, and all components have been optimized in terms of rigidity. This transfers back to your hands through electromechanical, speed-sensitive, and variable ratio steering. Steering power is available in two modes: Comfort or Sport.

The interior is just as impressive with its dual high-resolution displays and 12.3-inch screens. The instrument cluster contains a large display with virtual instruments as well as a central display above the center console. The driver can choose from three different display styles: Classic, Sporty, and Progressive. “Touch Control” buttons on the steering wheel respond to swiping movements, enabling the driver to control the entire infotainment system without having to take their hands off the steering wheel. If that’s not enough, the infotainment system can also be operated via the touchpad in the center console and by voice control.

If all of that stuff is still not enough, you can get the Edition 1 version of the AMG CLS 53. The Edition 1 will offer unique interior treatments, leather upholstery in black nappa, and copper-colored contrasting stitch work. The Mercedes-AMG 53-series models are on display at the North American International Auto Show at the Cobo Center, downtown Detroit. The show officially opens to the public on Saturday, January 20th.

Expect to see these new Mercedes-AMG vehicles on sale late in the year. No word on pricing (it will be a lot though), but here’s all the tech specs in handy chart form: 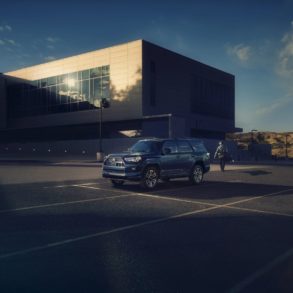