Part 6: “On The Fly – Everything That Matters”

One of the things about being a car guy, and I’m sure this comes as no surprise, is that you become the de facto font of all car knowledge at the office, the bar-b-que, or wherever. Once this year’s Indy 500 was over, I got a few emails from an old friend of mine, Blaine. We were in punk bands together and have worked off and on in the intervening years on video games and museum designs and a bunch of fun stuff. Blaine’s a great guy, but not what one would call a gearhead. Here’s what he asked:

Well, it was kind of unsurprising if you gave it some thought.

The known parameters going in were this: a completely new aero package that had never been run at these sustained speeds before AND had never been run in traffic. There weren’t many rookies, so that’s a blessing, but really, everyone was very pragmatic for the first 2/3 of the race. On top of the new aero questions, it was also hot as blazes – high 80s – so everything was going to be loose. And that follows through to most of the accidents.

Most people went out by themselves, usually in turns Two or Four; the back end would step out, the better drivers might have half-caught it, but eventually, the whole thing let go and spun into one or more walls.

And one of the best things was actually two things.

The first was Alexander Rossi passing two and three-wide on the outside. That was impressive.

And the other was seeing Will Power win the thing. He seemed so relieved. I know this was his 10th try, and in retrospect, I can see it weighed on him, like an incomplete mark on his school records.

Maybe It’s Time We Shake Up The Monaco Grand Prix?

Okay, here is an immutable fact: Monaco is a terrible place to have a car race. I don’t just mean currently; I mean it has always been a terrible venue to go racing.

That’s what makes it work, the complete batshit craziness of it all.

That’s what makes it work, the complete batshit craziness of it all.
When he got out of his car after practicing for the first time, then-rookie Nelson Piquet was asked, “Well, what’s it like?”

But I get their point . . . did you know they used to race the same car at Indy that they raced on tracks like high school running tracks (1/4 mile crushed clay)? They don’t do that anymore, do they? No, they don’t, and with good reason.

What should they do at Monaco? You got me. 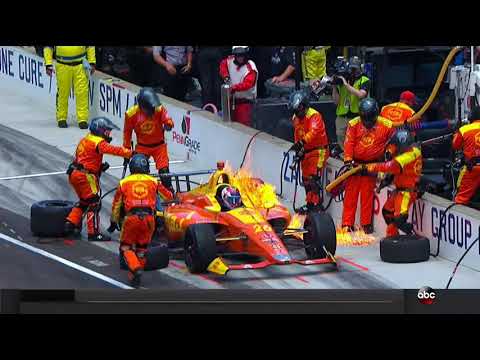 One more from Blaine: “The guy on the right with the fuel line is awfully casual about BEING ON F*CKING FIRE!”

He could be a real problem, and I mean a problem of prodigy-esque proportions.

He is preternaturally fast, has tons of mechanical sympathy, and is as cool under pressure as Neil Armstrong. I am not f*cking kidding.

If I was racing against him, I’d be worried.

One of these days I want to go to The 500 with someone who knows absolutely nothing about it. Somehow it makes me notice things I’d otherwise take for granted.