Lamborghini Urus: Everything Wrong At Just The Right Time

Lamborghini’s new Urus SUV is a rolling testament to everything wrong with the automotive world. It’s overly big, half-ugly, ostensibly made for a job it will never do and could never complete, and sold to people with too much money and not enough taste. The new Lamborghini Urus is the exact wrong car but it’s hitting at the perfect time. It is a dead on bullseye for a market where luxury SUVs are all the rage.

$200,000. That, as you are no doubt wondering, is the price of Lamborghini’s Urus SUV. That is not cheap, by any stretch, but it is right within the price point for cars like the ones Lambo already makes.

I have no doubt they will sell every last Urus they make. Every last one.

Sadly, there is no V12 sitting beneath the bonnet of the Urus. That would either be too much to hope for, or just so disgustingly excessive that even Lambo realized it would move us all one step closer to Le rasoir national. Nope, the Urus is propelled by a 4.0-liter twin-turbo V8 plant that puts out 650 horsepower and 627 lb-ft. torque, starting way down low at 2,250 rpm. Not at all bad. When you combine that with a curb weight of around 4,850 lbs. (mom says I’m not fat, just big boned) you get to 60 in 3.6 seconds, 124 in 12.8 seconds, and to a top speed of 190. Lamborghini says it’s one of the best power-to-weight ratios in the class.

Obviously, the Urus is the fastest SUV available. Until Porsche totally loses its schnitzel and makes a Cayenne with enough power to reach orbital velocities.

All that power is put to the tarmac (or gravel or sand) through an automatic eight-speed gearbox and a four-wheel drive and torque vectoring system. The transmission is an electro-hydraulically controlled planetary setup, with very short low gear ratios and longer high gears. Also in the drivetrain you’ll find a slip-controlled converter lock-up clutch and specially-developed torque converter.

The four-wheel drive system itself has a Torsen central self-locking differential, with a torque split of 40/60 to the independent front/rear axle as standard. Maximum torque of 70 percent to the front or 87 percent to the rear can be dialed up. The Urus also has active torque vectoring via the rear differential for additional steering control, less steering effort, higher cornering speeds, and a “more sporty drive.”

There are four driving modes: STRADA, TERRA (for off-road), SABBIA (for sand), and NEVE (for snow). In SPORT and CORSA modes, torque vectoring helps provide more oversteer. Lambo says the SABBIA mode is calibrated to “guarantee agility and precision on terrains with reduced grip such as on gravel or sand dunes, making it the ideal mode for off-road fun.” I won’t say anything further about that assertion. The Lamborghini Urus also has rear-wheel steering, seemingly using the same system found on the Aventador S. Since – let’s face it – this is a large, tall and heavy vehicle, anything that can tighten that turning radius has to be seen as a benefit.

The brakes are these big carbon ceramic jobs that clock in at 440 x 40 mm at the front and 370 x 30 mm at the back. The wheels, an important accessory when parking on Rodeo Drive, range from 21 to 23-inches and come fitted with an assortment of summer, winter, all-season, all-terrain, and sport tires specially developed by Pirelli. There is an optional Off-Road Package that includes specific metal-reinforced bumpers and additional under floor protection for “off-roading in the snow, forest or even dune surfing,” according to Lamborghini.

I’m sorry. I just shot Mountain Dew out of my nose I was laughing so hard at that one. Dune Surfing? You have got to be joking. I’d pay real money to see the footage of some knob-wad beaching his $200,000 “off-roader” in the sand.

The interior of the Lamborghini Urus is said to be quite practical and usable and comfortable. On the inside you get a “Unicolor” theme; leather trim comes in either Nero Ade or Grigio Octans (i.e. black or gray) with five additional, unspecified optional colors. The dashboard is finished in Piano Black and Brushed Aluminum with options like Open Pore wood included in combination with aluminum and carbon fiber.

The infotainment system promises a number of connectivity features while the Lamborghini Smartphone Interface is compatible with both Apple and Android devices. The LIS infotainment display is split across two screens: the upper screen for entertainment, media, navigation, telephone, and vehicle status; the lower screen for cliamte and seat heating functions. The lower screen also has a keyboard and supports handwritten commands for inputting information.

There’s no mention of exterior colors, but I bet a dollar to a doughnut they will be as subtle and restrained as Lemmy Kilmister midway through his second bottle of Jack Daniels.

The new Lamborghini Urus hits dealers in the spring of 2018. Plan on seeing it in countless mediocre rap videos, driven by The Bad Guys in every third-rate Michael Bay movie, and poorly parked by their “bad boy” owners – no doubt the sons of hedge fund managers, Hollywood movie producers, and criminal defense attorneys – on country club lawns throughout our once green and pleasant land.

Below the gallery is a handy-dandy chart from Lamborghini with all (and I do mean all) of the technical deets. 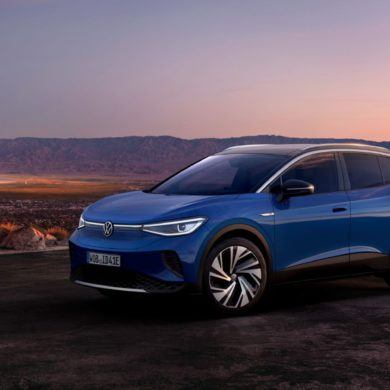 How Much Does Volkswagen Maintenance Cost On Average?