The forthcoming Volvo XC40 is the automaker’s opportunity to redefine the compact SUV segment. It’s an ideal move as compact SUVs continue to find favor with customers; the segment is one of the auto industry’s fastest growing pockets, and Volvo expects the XC40 will generate growth and strong revenue. The XC40 will arrive alongside the XC60 and XC90, polishing off Volvo’s SUV catalog.

“This is a proud day for Ghent, the company, and all our employees here,” Samuelsson said. 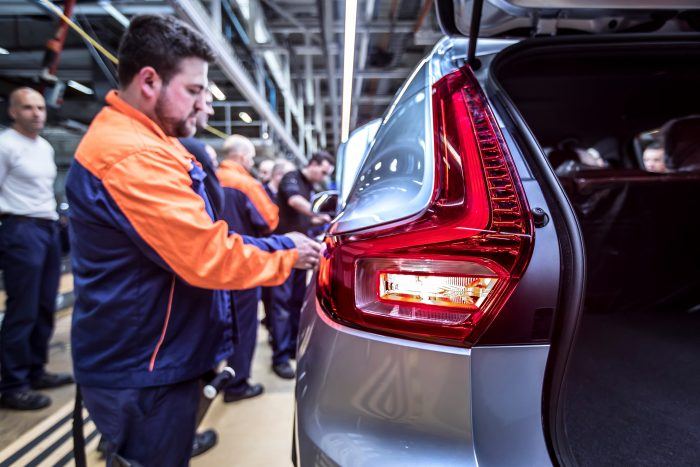 Volvo has been making considerable investments in the Ghent plant in recent years, preparing it for XC40 production. Since Volvo’s Compact Modular Architecture (CMA) underpins the new XC40, many of the investments were directed at making Ghent a global export hub for other CMA-based vehicles. An 86,000 square foot addition was tacked onto the body shop and over 360 robots were installed, one of which is nicknamed “The Beast.” The Beast is responsible for lifting vehicle bodies onto a conveyor belt near the plant’s ceiling – this type of robot is unique to Volvo’s manufacturing. 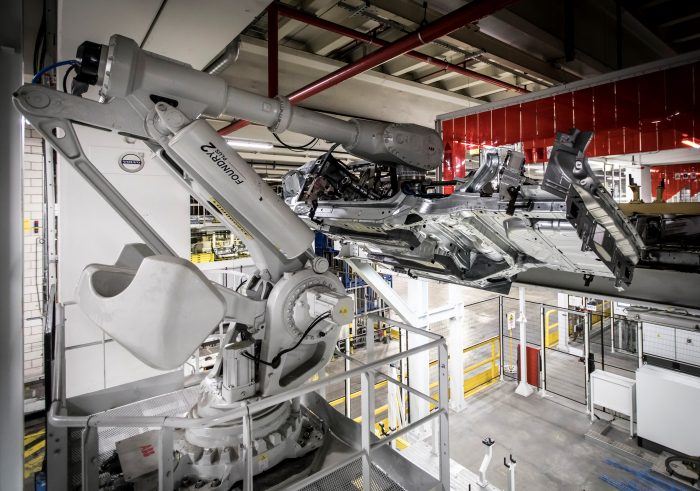 Ghent is one of two Volvo car manufacturing plants in Europe, and has been in operation since 1965. Today, the plant builds the V40, V40 Cross Country, S60, and V60. The XC40 ushers in a new era for the plant, especially with its CMA foundation, something Volvo says will create the “necessary synergies and economies of scale for the small, premium car segment.”

“Our people have put in long days and many hours to prepare the plant for the start of XC40 production and they have done a great job,” Samuelsson explained. “The XC40 represents a bright future for Ghent and for Volvo Cars.”

The first XC40 customers will receive their vehicles early next year.