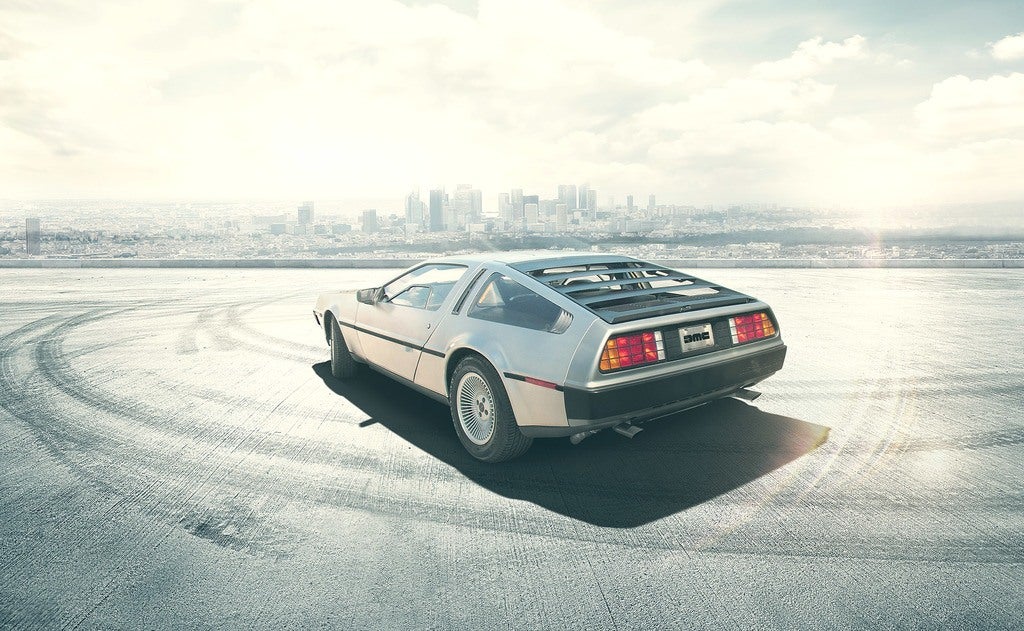 When you think of a classic car, which vehicle pops into your mind? Is it your grandfather’s 1940 Ford? Perhaps a turquoise ’57 Chevrolet Bel Air convertible? How about a ’69 Hemi Road Runner? Or maybe your idea of a classic is the infamous Back to the Future DeLorean? Whatever your answer, it is most likely driven by the generation in which you grew up.

In the old car hobby, it’s an accepted fact the cars of our youth are the ones we desire to collect. At present, Baby Boomers (born between 1946 and 1964) are riding the collector car wave, snatching up vehicles from the 1950s, ‘60s, and early ‘70s.

In 2017, Boomers are between 53 and 71 years old. With access to funds for discretionary spending, many are buying the cars from their teenage years. The other side of that equation is that Boomers are also reaching the end of their life spans and the next generation (Generation X, born between 1965 and 1976) is entering the hobby. It should be no surprise Gen-Xers, who were teens through the 1980s, are seeking to collect the cars whose posters adorned their bedroom walls. Baby Boomers didn’t think they would live to see the day these so-called “malaise era” cars would be desired by anyone, but history is proving otherwise.

As Generation X matures and gains the means to purchase their four-wheeled dreams, what are they looking for? Here are ten ‘80s era vehicles we’re seeing at classic car auctions and shows.

The movie studio that made The Graduate should charge Alfa Romeo an annual commission. The movie, released in 1967, made such an impression that, to this day, people remember the little red convertible driven by Dustin Hoffman. Part of what makes the Alfa Romeo Spider memorable is how this car, introduced in 1966, kept its basic styling through end of production in 1994. Adding to the car’s appeal is that, by 1981, there were almost no affordable convertibles available in the market. For collectors who want the romance of an Italian convertible, this charming two-seater has lots going for it. We witnessed one sell at auction earlier this year for $15,000.

COLLECTOR’S HINT: Look for a 1982 or later car with Bosch fuel injection for improved drivability.

Look around you as you drive down the highway: 50 percent or more of the vehicles on the road today are classified as light trucks. While SUVs and minivans fit that definition, it’s the good ol’ pickup that most people still think of when you say “truck.” Their popularity has not been lost on the Big Three, who will happily charge you $50,000 or more for a fully loaded model. If you long for simpler times for your pickup, look into the Chevys, Fords, and Dodges of the ‘80s. While ‘50s and ‘60s era trucks have soared in value, collectors are just starting to pay attention to the newer ones. Watch out for trucks that have lived a hard life; there are some out there which have been pampered. We saw several clean ‘80s Chevrolet pickups sell recently for around $15,000.

To the Baby Boomers, the muscle car era started with the ’64 GTO, and ended in the early ‘70s when insurance premiums drove buyers away. But big engine, hot shot cars never go out of style. Buick decided to show the world they still had it with the Grand National. This was no multi-carb V8; instead, a turbo V6 put down the power in a very high-tech 1980s way. For teens in the ‘80s who may have lusted for their dad’s Buick Grand Sport, the Grand National was a perfect, and reasonably-priced substitute. A popular online auction site sold several earlier this year for less than a loaded Honda Civic: around $17,000.

COLLECTOR’S HINT: Find a one-owner car, as you’ll almost be guaranteed it was taken care of.

Bavarian Motor Works (better known as BMW) built THE yuppie-mobiles of the 1980s. Yuppies (Young Urban Professionals) rejected their parent’s Cadillacs, Lincolns, and Imperials, but these German sport-luxury vehicles fulfilled their automotive lust. The BMW 3 Series was a sales success all through the 1980s. Its ultimate configuration, the M3, had it all: higher horsepower, better handling, aero add-ons, and fancier interiors. While the M3 model continues today, the original came out in 1985.

Those who were youngsters at that time may be driving a new Bimmer now, but their collector interest brings them back to the M3s they wanted as teenagers. Prices have jumped, with good late ‘80s M3s selling for $60,000 and it’s predicted prices will continue to climb.

COLLECTOR’S HINT: These cars were raced. Check the body and suspension for damage or poor repairs.

GM tried to stay in the muscle car game in the 1980s but was fighting a losing battle with more stringent fuel economy and emission standards in effect. Their pony cars, the Chevy Camaro and Pontiac Firebird, soldiered on. Their performance submodels, the Z28 and Trans Am, stayed in the marketplace, even if it was stripes and spoilers that set them apart more than underhood grunt. For those who reminisced about the muscle car glory days, these malaise-era cars were poor substitutes. But given how little competition was in the marketplace, sales remained respectable. Today, there is strong nostalgia for both. The Camaro, which returned in 2010, and the Firebird, which died when GM pulled the plug on Pontiac, still have lots of fans for whom any version of a Z28 or Trans Am is a desirable car. Recent auction sales put their prices squarely in the mid-teens.

COLLECTOR’S HINT: Make sure the Z28/Trans Am is not a fake, and that it left the factory as represented.

With today’s success of the Japanese auto manufacturers, it’s difficult to remember a time when “Japanese car” was shorthand for cheap throwaway transportation. Datsun (made by Nissan) changed the game big time with its introduction of the 240Z sports car in 1970. For the first time ever, people lusted for an Asian car. The Z-car continued throughout the ‘70s and ‘80s, but got bigger, heavier, and slower. As we’ve seen with some of our other examples, the original cars (in this case, the 1970 to 1973 240Z) have soared in popularity and value. Young adults who bought the revamped 280ZX in the 1980s might want to buy a 240Z, but don’t want to spend the money. The 280ZX they had (or wanted) becomes the default collectible.

Prices have been low, but are starting to climb: a nice one sold recently for $16,500.

COLLECTOR’S HINT: The T-tops were prone to leak; check the floorboards for rust.

What can be said about the DeLorean? That one of Detroit’s most successful executives labored tirelessly in an all-out effort to produce a world-class sports car? Or that gross mismanagement, poor business decisions, and drug-infused intrigue doomed the venture? Perhaps both statements are true. But similar to Benjamin Braddock and his Alfa, it’s Marty McFly and Doc Brown who fatefully cast their DeLorean into movie immortality in Back to the Future. Folks who can’t tell a Chevy Corvette from a Chevy Chevette squeal and point when they see a DeLorean.

Values for used ones languished for years; but fans of all things 1980s (the movie was released in 1985) have driven up demand. Recent prices have averaged in the mid-$20s, but one sold this summer for $39,000. You’ll have to travel back in time if you want a cheap one.

COLLECTOR’S HINT: Be sure that everything works and that it’s all there, as spare part availability may be sketchy.

To Baby Boomers who prefer their vehicles from the land of pasta, pizza, and prosciutto, nothing sings the aria like a Ferrari. The classic Ferraris of the 1950s and 1960s had V-12 engines mounted in front, driving the rear wheels through a car-length driveshaft. When Ferrari switched to (gasp!) mid-mounted V6 and V8 engines, the traditionalists said “no thanks.” For years, the market agreed: values of the 308 GTB (Berlinetta or hardtop) and GTS (Spider or convertible) stayed below $20,000.

COLLECTOR’S HINT: On any Ferrari, up-to-date maintenance is key. Ask for records to show when the timing belt was last replaced.

Ford Mustang sales have always been rather steady. Sure, there was that Mustang II from the ‘70s that most Blue Oval fans prefer to forget. The introduction of the Fox Body Mustang in 1979 was a success for Ford, which continued through the end of this generation in 1993. What really rang the bell for enthusiasts was the launch of the 1982 GT and its 5.0 engine. Performance fans had a car they considered a world-class competitor in an affordable, American-made package. The truth is, desire for these V8 1980s Mustangs has never waned. What has changed is that teens who wanted one before getting their licenses are looking for them now in their adult years and driving the demand. Clean ones are out there, but expect to pay a minimum of $10,000.

COLLECTOR’S HINT: Too many were modded and rodded almost beyond recognition. Only buy an unmodified car that has been maintained.

The Mercedes-Benz SL models (“Sportlich Leight” in German, translated as “Sport Light”) were introduced in 1954 and have been in continuous production since, so there is a long history with these two-seaters. The R107 version was introduced in 1972 and stayed in production through 1989. It was one of the most popular high-end European models of the ‘80s, sold as the 450SL, 380SL and 560SL, depending on the displacement of its V8 engine. They were all convertibles, all had automatic transmissions in the U.S., and came with a folding soft-top, a removable hard-top, or both.

The complexities of the modern SLs have some collectors yearning for the simpler cars, and nice ones are starting to creep up in price. Supply is good because many were bought as 3rd or 4th cars and German craftsmanship has kept many on the road. A 450SL sold at auction this summer for $15,000. Beware of higher mileage cars which may sell for as little as $5,000, but they are no bargain in the long run.

COLLECTOR’S HINT: Both soft and hard convertible tops are a plus, but make sure they’re in good shape. If over 100,000 miles, ask about the engine’s timing chains. 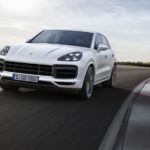 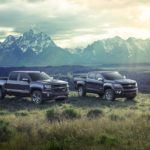 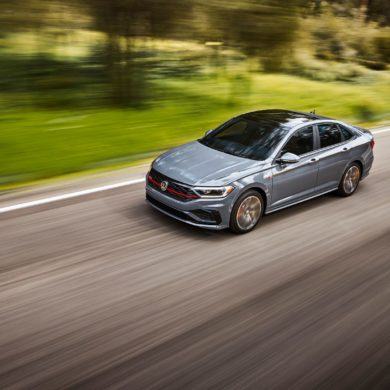 The 5 Coolest Things About The 2020 VW Jetta GLI