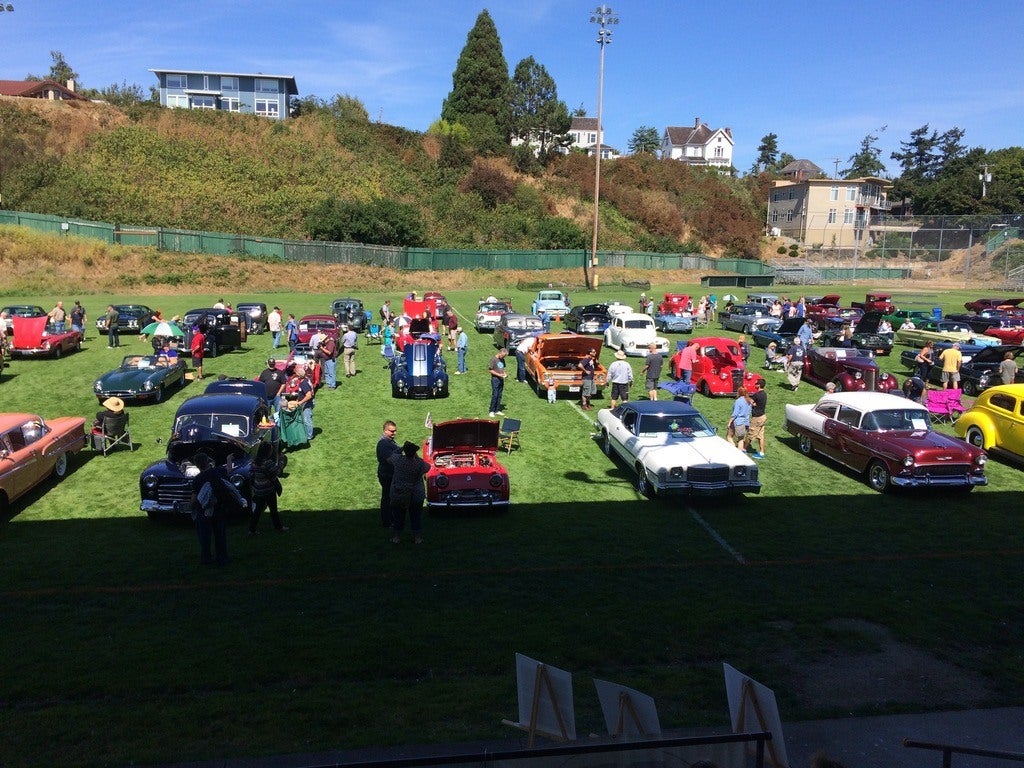 For me it has turned into an immutable fact that you should always, always head to a car show, especially if you are in a strange setting or you didn’t know about the car show in advance. About a month back, I found myself in just such a time and place, when an unexpected car show appeared out of nowhere.

It turned out to be a gloriously affirming good time of car related gearheadedness.

I was recently in Port Townsend, Washington on a working vacation. Port Townsend is a cute little Victorian-era town on the banks of Puget Sound. Back when it was founded, before the Civil War, they thought Port Townsend was going to be the San Francisco of the north. And they were nearly right, since at that time, Seattle was a brine-soaked series of mud flats and Tacoma was, uh, a brine-soaked series of mud flats (it’s amazing what a lot of rain will do to a place). But Port Townsend got outpaced by both Seattle and Tacoma and now exists, mainly, as a weekend getaway spot, artist colony, ex-hippie refuge and, somehow, a place for retired Californians to live.

Port Townsend was also a place where I stumbled onto a local car show that was pretty impressive; the Port Townsend Kiwanis Classic Car Show. Sure, there were the tastefully done up hot rods (I refuse to call them street rods) more than a few immaculate antique cars that looked showroom fresh 75 years on and, surprisingly, more than a few outright sports cars, plus interesting older cars and even – gasp – something French! Here are a few of my favorites, or at least the cars that caught my eye, followed by a photo gallery of the other rides assembled.

First up, let’s get my biases out of the way. This is a rather nice and tastefully modified Triumph TR3. It had all the period goodies like wire wheels and that factory grille bar with the driving lights, but it had also been seen-to here and there.

The interior was redone with new materials but retained that old style look; even the dash was redone, and just as tastefully. “But what’s this,” I asked as I walked around the front and took in the engine bay . . . that, my dear friends, is a Roots-type scroll supercharger. I never found the owner so I couldn’t tell you how much power this thing puts to the tarmac, but that’s an upgrade after my own heart.

Just aft of that Roots blower was this, the nearly impenetrable stronghold of Lucas, The Prince of Darkness.

Many a times have I stared, knuckles bleeding, tears welling up in my eyes, at just that fuse block. Many, many times have I looked on, feeling like an Old Testament prophet that God had decided to test. That fuse block, right there, is one of the biggest reasons why I drive a Miata.

Next up, we have this pickup, an older Chevy; I didn’t really pay attention, but what jumped out at me was the car club plaque screwed into the front bumper.

See, back in the 1950s, if you were in a car club, one of the things your dues got you, in addition to that totally cool Car Coat and the secret blood initiation, was some sort of identifying marker. In SoCal, they tended to be these stand-up things you put on the parcel shelf in your rear window. In other places, it was a bumper plaque like this one.

Check it out closely, it is exemplary of the art: up top, your car club; in this case The Rakers (and how cool of a club name is that?) and down at the bottom, where you hail from, in this case, Port Townsend. In other words, this guy was a Port Townsend gearhead waaaay back in the day, and he still is. Like I said, cool, no?

Ah, the Shoe Box Ford. Why they got called that I never knew, but that’s what everyone knows them as now. This is a particularly fine example that also hews very close to what cruiser cars were like back then. The modifications were usually subtle. This guy sported a very nice, deep wine red paint job; it was lowered a little, and was running on what looked like Gotti wheels (an odd choice, but they worked).

But what’s this? This would be some rather nice pinstriping flourishes up front, a la Von Dutch. And if you think, even for a second, that Von Dutch is that clothing line Justin Timberlake wears, I swear I will hunt you down with dogs and show you just how wrong you are.

I Fought The Law

But wait, it gets even better! What’s that, you might ask? That, my young Padawan, is a “Blue Dot.” That thing, right there in the center of the taillight, is an aftermarket item you could buy back in 50s and 60s. They are these faceted pieces of dark blue plastic about the size of a nickel, surrounded by a chrome bezel. And the deal was, you’d drill a hole in your taillight and mush them in there, and when you’d hit the brakes, you’d give off this purple-ish glow. Putting Blue Dots on your car back then was like rolling up your Pall Malls in your t-shirt sleeve, and turning up the collar on your Car Coat; it showed in no uncertain terms that you were A. Bad. Boy.

I know, it doesn’t seem like much until you consider that, for some reason lost to me, the local cops hated seeing them. You’d get pulled over and ticketed for some sort of penny-ante equipment infraction. But you didn’t care! You were a gearhead! The bulls could kiss it! Hand me a match, will ya? I am still personal friends with older guys that got hassled by cops because of this. See, when you’re a gearhead, there’s always something the cops are going to dislike. You get used to it, I suppose.

Here’s the rest of the cars that were at the show. Like I said, a pretty impressive turn out; everything from fabulous Hudson Hornets to Citroen Maseratis – and what sort of masochist owns a French car powered by a 70s vintage Italian engine way out in the wilds of the Olympic Peninsula? My kind of gearhead, that’s who. 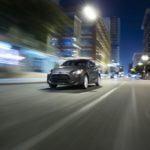 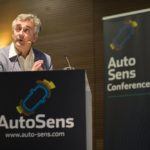