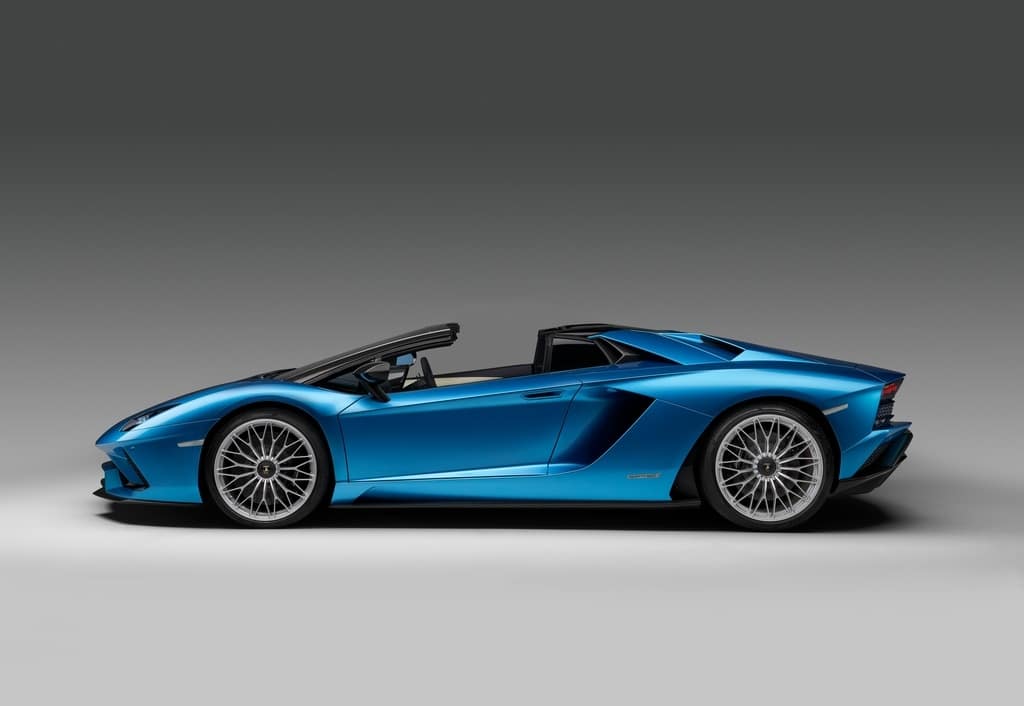 The Aventador S Roadster is, 99% of the time, just like a “normal” Aventador S. The only real difference is the removable roof panel that will allow the wind to mess your hair up like you’re standing outside in a hurricane. This, for some people, actually sounds like a good thing and, on most days, I am one of them.

The Aventador S Roadster is, like the fighting bull it is named after, big, powerful, and nothing to be trifled with. Sure, sure, it has all those modern high tech niceties like traction control and four wheel steering and stuff like that, but you know – just know – that some rich kid with more money than sense or skill is going to uncork an Aventador S Roadster (probably within weeks of buying it) and wrap it around a tree.

The Aventador S Roadster is a big girl. She’s just under 189 inches long overall, just under 80 inches wide, and tips the scales at 3,582 pounds dry weight with a 43 to 57 percent weight distribution. Add in a full 85 liters of fuel, 13 liters of oil, and your butt in the driver’s seat, and even those massive contact patches provided by the vast Pirelli meats (255/30/ZR20s up front and 355/25/ZR21 out the back) will, eventually, be overwhelmed by the laws of physics. Or, as Enzo Ferrari once said to a displeased customer who had just totaled his prancing horse, “being a Ferrari owner does not make you a Ferrari driver.”

That same ethos applies to the glorified tractors that bear Ferruccio’s name and are made at the behest of corporate overlords Audi, especially when you look at the other numbers, the real numbers, the numbers that count for the Aventador S Roadster.

To wit: The engine. It’s a 6.5-liter lump of alloy and whirling parts that puts out 740 horsepower and 509 lb-ft. of torque. All that power that eventually hits the strada via the Pirellis runs through a Haldex gen IV electronically controlled 4WD system, and a 7-speed double dry plate gearbox with variable “shifting characteristics.” The drive modes are, get this, listed as STRADA, SPORT, CORSA, and the new EGO mode. Lambo says these modes influence “every aspect of the car’s behavior through management of traction, steering, and suspension.”

The EGO mode (hey, at least they’re up front with their name!) permits the driver to set up their preferred criteria in each mode to suit their driving style. If you ask me, there should also be a mode that turns off all of the governors. Lambo could call it SUICIDIO mode. But they never listen to me, so this probably will never happen.

All this adds up to a beautifully flashy way to shuffle off this mortal coil. Top speed, for example, is listed at 217 mph. Lambo always mentions top speed first, because that is traditionally what is closest to their hearts. From a dead stop you’ll hit 62 mph in 3 seconds flat. In another 6 seconds, 9 seconds total, you’ll be seeing 124 mph. In 25 seconds from a dead stop, you’ll hit 186 mph. Braking is, thankfully just as prodigious. You can haul the Aventador S Roadster down to a complete stop from 62 mph in only 102 feet.

The Aventador S Roadster is all about that targa top though. The removable hardtop roof panels weigh less than six kg (about 13 pounds) and are convexly molded to ensure maximum cabin space for the occupants. It has that old Zagato double bubble feel to it. The hardtop roof panels are finished in matte black and are made of carbon fiber, naturally. There are options such as high gloss black, shiny visible carbon fiber, plus more color options using Lambo’s Ad Personam customization program. And I must say, I love how they named the program in Latin.

The roof panels pop off quickly and are stored in the front trunk. There’s also a rear window that is electrically operated if you want more wind and more opera from that V12 plant sitting at your shoulder. That rear window can be closed while the roof panel is off to minimize cabin noise and airflow, but why would you want to do that?

The Lamborghini Aventador S Roadster gives you all this for a paltry $460,247.00. The first customers will take delivery in February; in the meantime, it will be displayed next week at the International Automobile Exhibition in Frankfurt, Germany. 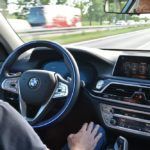 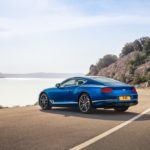 Next
Bentley Continental GT: It’s Not A Sports Car, But It’s Still Fast