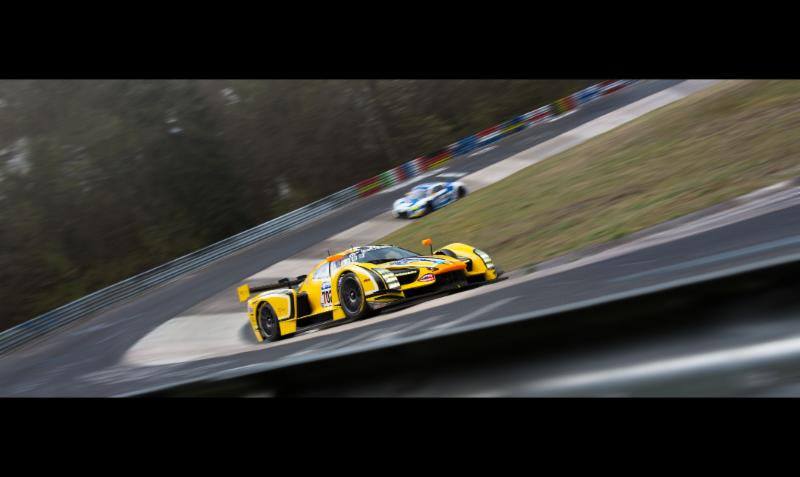 Inside The Street Legal Race Cars From Scuderia Cameron Glickenhaus

Remember Cameron Glickenhaus? He was that rich, but seemingly very nice guy that, a while back, took a Ferrari 458 Italia, re-bodied and tweaked it here and there and made what he called a “continuation” of the Ferrari P4 prototype racers from the 60s. Yeah, it wasn’t nearly as pretty as the P4 (what is?) but it was very, very quick and Ferrari was cool with him making and racing it. Turns out that Mr. Glickenhaus hasn’t even thought of slowing down, let alone stopping his fiddling with high-powered cars.

His racing outfit, Scuderia Cameron Glickenhaus (rolls of the tongue, don’t it), has been out there ever since, pounding around the world’s race tracks, and doing okay. They have, like a lot of us, a slight obsession with the Nurburgring, and always compete in the 24 hour endurance race there every year. Anyway, seems that Glickenhaus, both the guy and the team, wasn’t content with that, oh no. Seems like they wanted to put their race cars into series production and, I hope you’re sitting down, even make a road legal version. So they asked the U.S. Government if that would be okay and The Government said yes!

Scuderia Cameron Glickenhaus (also known simply as SCG) will manufacture the SCG003S, SCG003CS, and SCG003C. The SCG003S is the Stradale, the SCG003CS is the Competizione Stradale, and the SCG003C is the full-blown Competizione. The preliminary specs for each are knee-weakening in what they portend.

Take the “basic” (and I am using that word very loosely) SCG003S Stradale. It is a fully trimmed, road legal GT hypercar. The SCG003S is powered by a twin turbo 4.4 liter reverse flow V8 engine, putting out more than 750 horsepower and more than 590 ft-lbs. of torque. That grunt is put to the pavement through a 7-speed electro-hydraulically actuated dual disk clutch gearbox, complete with paddle shifters. All of this resides within a carbon fiber chassis and the whole shee-bang tips the scales at less than 2,866 pounds. The suspension is a front and rear double wishbone push rod and rocker operated setup with adjustable dampers – just what you’d expect from a racing team.

Stop? Oh yeah pal, this thing will stop like you threw out an anchor thanks to Brembo carbo-ceramic discs.

The performance specs are just as mind-reeling as the overall design. Zero to 60 mph in less than 2.9 seconds. Speed tops out at more than 217 mph (which Scuderia Cameron Glickenhaus charmingly lists under the engineering term “VMax”). The skid-pad number is a gray-out inducing 2.0Gs plus, and the aero downforce is rated as being greater than 1,550 lbs. at 155 mph. In other words, this thing is going to go, turn, and stop unlike any other road car out there. The performance numbers are closer to something you’ll find atop the podium at Le Mans or Sebring.

However, the SCG003CS will still be fully road legal with similar specifications to the SCG003S. In case you want to lay your eyes SCG003S, the first road registered example will be displayed at The Quail Motorsports Gathering on August 18th, part of the Monterey Vintage Races, which you should really attend if you ever get the chance.

Although sadly it is not road legal, it is still a full-blown race car you can buy. And this is not some half-thought out ride that would make Porsche and Ferrari laugh with derision, oh no. The SCG003C took the pole and finished first in class at the 2017 24 Hours of Nurburgring, running a 6:33 lap on the Nordschleife. That lap is within sight of Niki Lauda’s outright record. Let that sink in for a while. Put your feet up. Slowly shake your head. Now do you get it?

The Scuderia Cameron Glickenhaus S, CS, and C will be priced at 2 million in American dollars and will be rolling out of the works in New York. 2018 production will consist of 4 to 6 cars; the 2019 run will be about 8 to 10 cars. SCG notes: “we will likely sell out our productive capacity very soon.” I bet they will. I will be getting one, and so will management here at this publication. That only leaves another one to three left for the rest of you plebes, so call now.

“SCG may also develop other models and is considering offers to raise additional capital to fund this development, as well as additional racing and the building of a second U.S. manufacturing facility capable of producing 100 cars per year,” reads a statement from the company.

Thank goodness they’re making these things in such small numbers and asking so much money for them. Any less and Scuderia Cameron Glickenhaus wouldn’t be able to weed out the nutzos and ya-yas. If they made these things by the dozens and cut the price in half, it would be like handing out bazookas at a daycare. You’d get flaming rubble within seconds. At best. 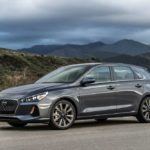 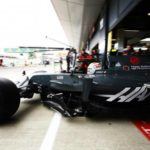 Next
How Formula 1 Teams Move About The Planet (Infographic)