The 2018 Chevy Camaro ZL1 1LE has returned home with a new record in its hat: the monster Camaro just lapped the Nürburgring’s 12.9-mile Nordschleife (“North Loop”) at 7:16.04, making it the fastest Camaro ever on the famed German track. The ZL1 1LE’s time places it nearly 14 seconds ahead of the Camaro ZL1 with the 10-speed automatic that Chevy tested last year.

If you’re a Camaro enthusiast and actively engaged in the battle between the Mustangs, Chargers, and Challengers of the world, then this is certinately good news.

Earlier this year, the Camaro ZL1 hit a record 198 mph on the High Speed Oval, a 7.6-mile loop at Germany’s Automotive Testing Papenburg GmBH proving ground. Although the ZL1 is an impressive machine in its own right,  the new ZL1 1LE was 3 seconds faster than the standard ZL1 Coupe around General Motors’ Milford Road Course.

“The harder you push the Camaro ZL1 1LE, the more it rewards you on the track,” said Bill Wise, Camaro Ride and Handling Engineer.

Wise was the driver during the record setting run in Germany (see video below) and commented afterwards on the ZL1 1LE’s remarkable poise on the track.

“It offers total control, with the confidence that it will deliver lap after lap,” he said.

“With chassis adjustability unlike any vehicle in its peer group, the Camaro ZL1 1LE challenges supercars from around the world regardless of cost, configuration or propulsion system,” said Al Oppenheiser, Camaro Chief Engineer. “To make up more than a second per mile on the Nordschleife compared to the ZL1 automatic is a dramatic improvement and speaks to the 1LE’s enhanced track features.”

The Nürburgring lap time was achieved with the suspension adjusted for optimal track performance while running the production Goodyear tires. The 2018 Camaro ZL1 1LE (order code A1Z) runs $69,995 MSRP. Expect to see it on sale this summer. In the meantime, the video below shows the new Camaro ZL1 1LE on the Nürburgring. 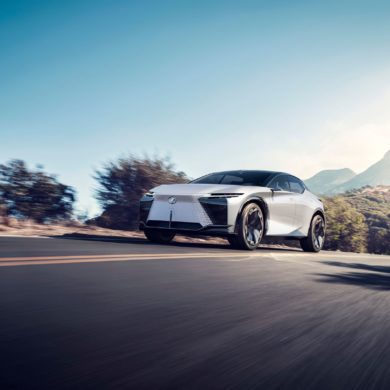