The Mustang ranked first in 13 states, followed by the Chevy Impala which ranked highest in seven states. The Chevy Camaro came in third in five different states while the Chevy Corvette, Dodge Charger, and Ford Thunderbird were top in three states.

Table of Contents show
By The Numbers
Silver Screen Machines

Overall, domestic cars recorded the highest searches in 49 states, with Ford and Chevrolet evenly split, ranking first in 20 states. While muscle cars accounted for the bulk of the searches, there were a few exceptions. In West Virginia, the most searched for vehicle was Chevy 3100, and in Oklahoma, a Ford F1, proving trucks in those states are highly sought after. The Mercedes-Benz 250SE was the most popular in Connecticut, while the Buick Skylark was the most searched for in Maine. Among European models overall, the Volkswagen Bus was highest with 240,656 unique searches in 2016, while the Datsun 280Z led the Japanese models at 157,265 unique searches.

“Owning pristine collector vehicles – particularly domestic performance and muscle cars – continues to be a passion for many Americans, from the most seasoned collectors to enthusiasts making their first purchase,” said Roger Falcione, President and CEO of ClassicCars.com.

The reasons why classic American cars are so highly sought after are numerous, but Falcione has a theory.

“Two vehicles on our list – the Ford Fairlane and Dodge Charger – play prominent roles in The Fate of the Furious, which recently topped $1 billion box office sales worldwide,” he said. “That can attest to the international interest in American performance and muscle cars.”

ClassicCars.com is continually building its presence as a respected source of collector car news, information, and data, with an unparalleled selection of for-sale vehicles. According to the site, there are 330,000 daily searches and three million unique monthly visitors. 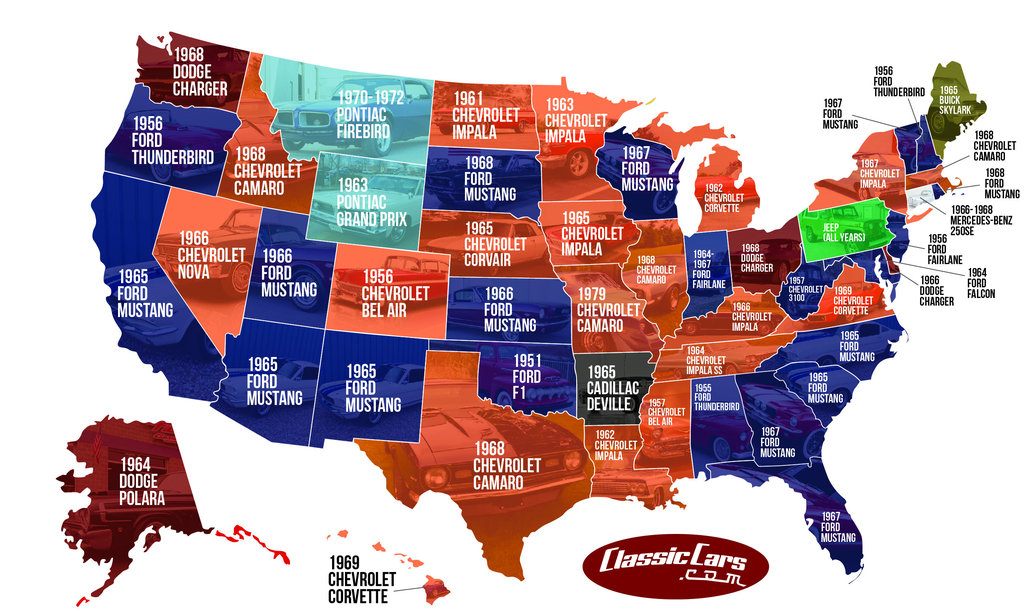