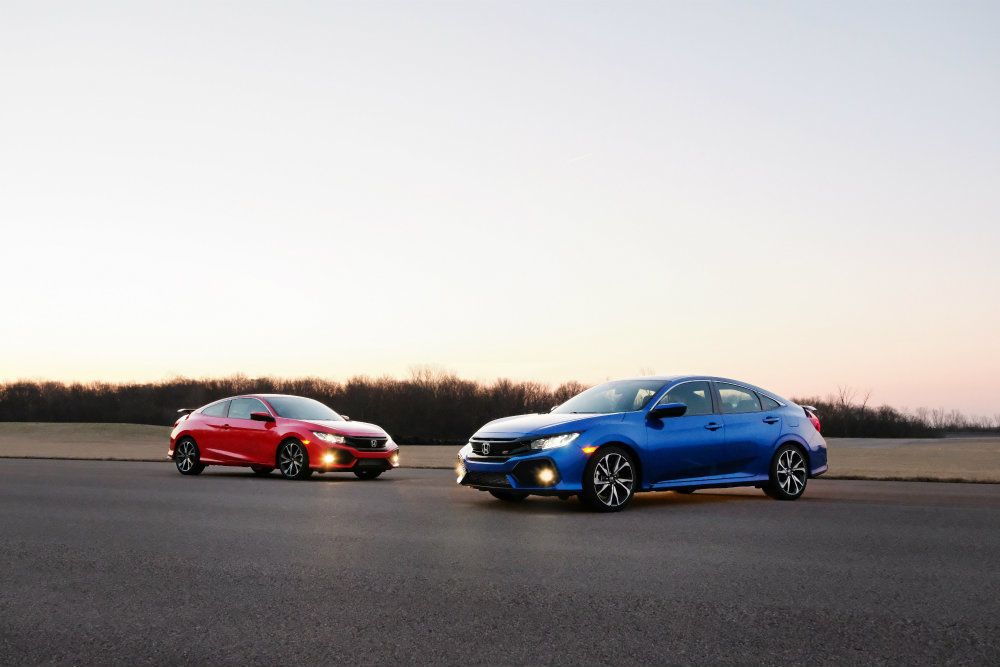 The 2017 Honda Civic Si Coupe and Sedan are available now and quite affordable with a starting MSRP of $23,900. This Civic Si duo was revealed only a month ago and represent, according to Honda, the most ambitious remake in the Civic’s 44-year history. Both cars, be it coupe or sedan, have solid performance attributes, connectivity options, and safety features, despite the relatively lower price point.

Right out of the gate, the Civic Si makes things fun with a short-throw, 6-speed manual transmission. A 1.5-liter, direct-injected and turbocharged DOHC in-line 4-cylinder, with dual variable cam timing resides under the hood. The powertrain, according to Honda, provides “a dynamic driving experience with a much broader power band and significantly increased torque output compared to the previous Si.”

Drivers have access to two different modes (Normal and Sport) depending on their tastes. Normal Mode is more comfort based and good for the daily commute and running errands. Those wanting to experiment will enjoy Sport mode which adjusts suspension characteristics, steering feel, and throttle response.

With the engine making the power more accessible, the architecture now steps up to accentuate the car’s dynamics. The 2017 Civic Si Coupe and Sedan are lighter than the models they replace: Civic Si Sedan’s curb weight is 2,906 pounds, down 96 pounds from before. The Si Coupe tips the scales at 2,889 pounds, down 113 pounds from prior models. Both cars have a more rigid body, which will provide safety benefits, better fuel economy, and a good, solid planted feel while driving.

The suspension is really something too, with a two-mode adaptive damper system, stiffer spring rates, and more rigid stabilizer bars (+30 percent front, +60 percent rear). There are solid front and rear compliance bushings and beefed up front upper control arms, which actually come from the record setting Civic Type R. All of these upgrades make the Civic Si very nimble, an indispensable benefit when moving through traffic or around tighter corners.

Keeping with that same train of through, a dual-pinion adaptive electric power steering system with variable ratios will ensure nice, crisp handling, be it traversing the city or on the open highway.

The Honda Civic Si is marked by its unique front fascia, gloss black wing, and large lower air intakes. The 18-inch 5-spoke alloy wheels have a model-exclusive finish with low-profile tires. The Si Coupe has a full-width light bar with a raised wing spoiler; the Si Sedan features an exclusive rear fascia, decklid, and spoiler with an LED brake light.

While driver’s are taking advantage of the nimble architecture and more powerful engine, the bolstered front seats will keep them in place. The seats feature an Si logo and red accent stitching that flows through the rest of the interior. Red is really the central theme here, especially on the driver’s display – it contrasts nicely with the carbon-tinted instrument panel.

The Driver Information Interface (DII) is new and displays a multitude of real-time information. Driver’s will enjoy thumbing through data that shows throttle and brake applications in a graphic percentage, turbocharger (psi), and even lap times. In fact, the DII has a G-meter for a more accurate representation of acceleration, braking, and cornering forces when on the track.

Honda says the 2017 Civic Si provides “a high level of collision safety performance in a wide variety of collision scenarios, including offset and oblique-angle frontal collisions as well as side and rear impacts.” Both cars are equipped with four-channel anti-lock brakes with Electronic Brake Distribution, Vehicle Stability Assist with traction control, and Agile Handling Assist to provide additional stability during emergency or evasive maneuvers.

Both the Civic Si Coupe and Sedan have received a 5-Star Overall Vehicle Score from the National Highway Traffic Safety Administration.

The 2017 Honda Civic Si is available now – pricing varies but is still relatively affordable with neither car topping $24,100 for a starting MSRP. The 2017 Civic Si for the United States market is assembled at Honda’s Ontario, Canada assembly. The engines are produced in Anna, Ohio, Honda’s largest automobile engine plant in the world. 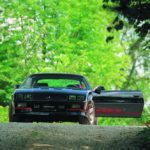 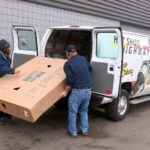 Read This Next
Escort MAX 360c & M1 Bundle Review: An Expensive Radar Detector Worth Every Penny