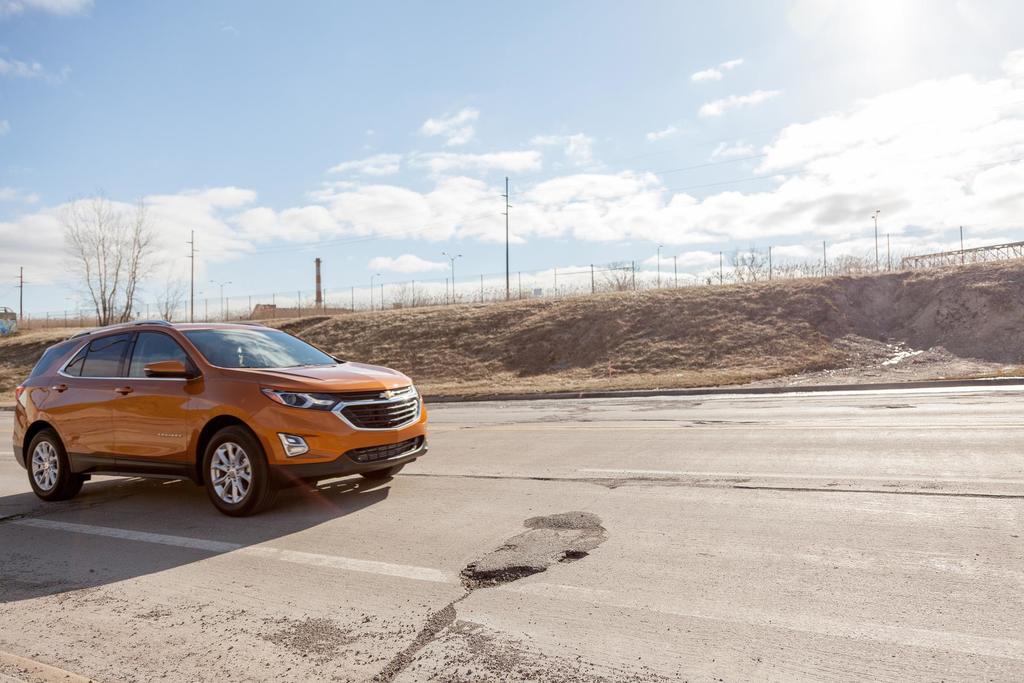 Maybe it’s because I’ve never lived in a section of the world with what you would call a “real winter,” but this whole idea of a pothole “season” strikes me as rather odd. Yes, I do understand the semi-geologic concepts here; frost heaves, water-to-ice expansion through fissures and all that, but it still is odd for me to consider them as having a season, like daffodils or something.

Well, they do, and Chevy, of all people, is here to help us out so we don’t gronk our suspensions any more than we have to.

I can get behind this 100% actually. Since I usually drive around in lightweight sports cars, I’m already used to violently swerving around big divots, chuck holes, sinkholes, small-to-medium-sized impact craters, and the like – can’t go driving around with a less than optimal chassis setup now can we? Anyway, these seven tips – let us call them “The Seven Pillars of Pothole Wisdom & Avoidance” – do indeed come from Chevy in a presser slugged “Detroit” in the header information. My first thought was, “Detroit? Pothole problems? Quelle surprise!”

I have two good friends from Detroit, both named Carl, coincidentally, and they both have tales to tell about Detroit-grade potholes that could swallow an Abrams tank whole. You know, this entire “Detroit Vs. Everybody” thing ain’t just a slogan, it’s a verifiable mindset. So if anybody on this planet is going to know about how to survive potholes, it’s going to be a car company based in Detroit.

Chevy starts out with this kind of old-folksy intro: “While rough road conditions seem unavoidable this time of year, Chevrolet engineers have developed the following tips and tricks to help you and your car survive pothole season.”

Gee willikers mister! Could ya teach me more about potholes and how to avoid them?

You bet ya champ!

Look Ahead & Slow Down

Now, this should kind of go without saying, but since this advice is aimed at Americans, the same people who need warning labels on Claymore mines, it’s best to start with the basics. The whole point of pillar #1 is to look ahead and scrutinize for potential potholes in your path. Further, if you can avoid them, do so. If you cannot, slow down you slack-jawed yokel.

Do you honestly think your left front taking a wallop akin to a punch from Drax The Destroyer is good for your car? If you do, stop reading (I know, assuming you can read might be a bit too generous) and hand over your keys to the proper authorities. You don’t show the mental capacity for the task at hand.

Now, think about this for a second: if you come up on a puddle, do you really know how deep it is? It could just be a puddle, or it could be a pothole the size of a kiddie pool that will now demonstrate just how solid those fillings in your molars are. Besides, if you can, you should avoid puddles anyway since they can differentially cool your brakes and get moisture on your tires further compromising performance.

The fact that Chevy (or myself) even have to mention this makes me deeply cheerless. The fact that you, dear readers of a car oriented site, might be running around out there with your tires not properly inflated for optimal handling qualities is just . . . sigh . . . sorry, just make sure your tires are up to pressure. Please. You’ll enjoy your car more, for one thing, and it can make an important difference in avoiding pothole damage. If your tire is underinflated a pothole can cause a rupture. If it’s overinflated, tires are even more vulnerable to pothole damage.

If for some reason you do drill over a pothole at speed, check your car directly for any possible damage. Evaluating damage now prevents further damage to your car later on, like when that weakened tie-rod finally does give way and you go careening into a lawyer’s Bentley in the oncoming lane.

Know What To Find

This one is kind of obvious, but, duh, potholes can cause more than just tire damage. You can also seriously gronk rims, sproing off exhaust systems, knock your alignment into the next county, and such. So if you bradawl a pothole and the next thing you know your ride is making noises or pulling in one direction or swerving all over the place in a barely controllable manner, “be sure to take it into a professional to be assessed.” NOW! Don’t wait. Don’t screw around with this.

Take care of it now, or you might find your self in the aforementioned lawyer/Bentley scenario. NOW!

Now, I do realize this entire concept of “helping” your fellow road users is complete anathema to, well, everyone East of the Mississippi and North of the Ohio River – seriously, when was the last time you saw a Boston driver (to pick just one at random) be altruistic to another motorist? Have you ever driven around Pittsburgh or Philly or the entire upper half of Jersey? It’s like a Mad Max novelization written by Ayn Rand out there. But this point (although hard for you to initially follow and perhaps, just perhaps, going against how you were raised and the environment you were brought up in) is pretty simple: Report any potholes to your city, county, and state transportation authorities.

Remember, we are the government, and we have to make it work for us. So call up whoever deals with this and make them take care of it.

Our final pillar in “The Seven Pillars of Pothole Wisdom & Avoidance” is the old Boy Scout adage: simply be prepared. If you’re a gearhead, I shouldn’t have to remind you to make sure there’s a jack and a lug wrench in your trunk. And I shouldn’t have to make sure the spare tire is properly inflated to its correct pressure in case you need to change a flat. This is simple, so just do it.

For more resources on potholes and their lasting effects on society, visit pothole.info. Good luck out there. 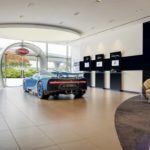 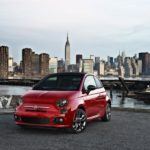