I was enamored with Sir Ernest Shackleton and the Endurance Expedition in middle school. Our history class covered a unit on famous explorers and the Imperial Trans-Antarctic Expedition easily captured mine and my classmate’s imagination. How exhilarating, yet so undeniably terrifying to have been stranded on Earth’s most barren place. Antarctica.

The photos of the ice-locked Endurance are still stunning to this day. And how the crew maintained morale, and conditioned their survival to their eventual rescue is nothing short of a miracle.

“We were aware of Sir Ernest Shackleton’s story and as a company felt a resonance with his courage and pioneering spirit,” said Scott Noh, Head of Overseas Marketing Group, Hyundai Motor Company.

Disclosure: This article is sponsored by Hyundai. All views and opinions expressed here are my own. Check out our advertising guidelines to see why we’d never steer you wrong.

To honor this monumental voyage and make history again on Antarctica, Hyundai teamed with Patrick Bergel, Shackleton’s great grandson. Bergel piloted a wicked looking Hyundai Santa Fe, traveling from Union Camp to McMurdo and back again, successfully completing the journey his great grandfather began over 100 years ago. This is the first instance where a passenger vehicle has traveled across the continent, and back again. At first glance, it doesn’t seem Bergel fits the family mold, especially as a technology entrepreneur.

“I’m not a polar explorer; I’m an indoor guy, so it was a big cultural shift,” he said.

During the 30-day trek, Bergel covered 3,600 miles of icy, unforgiving terrain as temperatures dipped to negative 28. At times it was dangerous because nothing was as it appeared.

“When you’re driving through a total white-out you start hallucinating, seeing things that aren’t there,” Bergel said. “Our brains often confused us into believing we were going uphill rather than down.”

Vehicle durability was another factor given the conditions. The Hyundai Santa Fe piloted by Bergel featured a low gear ratio of 1.5:1 for maximum performance in the snow. The suspension, links, mounts, and axle shafts were all rebuilt, although no modifications to the engine or its computer were made.

“People who have a lot of experience in Antarctica know what it does to machinery: basically, anything and everything falls apart,” explained Gisli Jónsson, Chief Developer, Arctic Trucks. “Even the big machines crack up and break apart.”

Jónsson has numerous Antarctic expeditions under his belt, including a record breaking double traverse, totaling nearly 6,000 miles in one season. Jónsson has encountered about everything, but Hyundai’s mission was an entirely new endeavor for the seasoned traveler.

“This was the first time a full traverse has ever been attempted, let alone doing it there and back,” he said.

Jónsson remains an authority on driving in Antarctica and lead Hyundai’s expedition. The journey was carefully plotted on GPS and dangerous areas were identified and reviewed with experts at Union Glacier before departure. New paths were mapped across floating ice caps that had never been subjected to a wheeled vehicle. The team later encountered a giant crevasse field where vehicles were roped up so if one fell, it could be recovered.

“We had one scary moment there – but we managed to get through okay,” Bergel said.

“A lot of people thought we would never ever make it and when we returned they couldn’t believe we’d actually done it,” Jónsson added.

Having tried to reach the South Pole, Shackleton was beaten by Roald Amundsen in 1911. Thus, crossing Antarctica was now the primary objective and the Imperial Trans-Antarctic Expedition was planned accordingly. Aboard the Endurance just a year later, Shackleton would have his opportunity but the unpredictable terrain would trap and ultimately claim the ship. Shackleton and five men sailed 800 miles over open, stormy seas to South Georgia, where a successful rescue was conceived.

“Getting to the South Pole was a special moment. The fact that this was a place my great grandfather tried to get to more than once and I was there, it felt like a genuine connection,” Bergel said. “It was quite something to have been the first to do this.”

One of the highlights of the journey was the scenery, which very few people will ever see. The team traveled from Union Glacier to the South Pole then followed the Leverett Glacier and the Trans-Antarctic Mountains, to the Ross Ice Shelf, and McMurdo. Seeing Mount Erebus was particularly special.

“My great-grandfather was the first to climb Erebus and I’d seen pictures of it as a child,” Bergel said. “It is quite spectacular, with plumes of smoke coming out, and it was pretty special to be driving and see it come out of the cloud.”

Passing the Trans-Antarctic Mountains was when reality set in.

“That was the point at which nobody in a wheeled vehicle had been beyond,” Bergel added.

Seeing things like this – a team of people trekking across the most isolated part of the world – gives me hope and inspiration. It’s easy these days to lose that – just login to the nearest social media account if you’ve already forgotten what pandemonium and commotion are. The world needs more of this kind of adventure; this kind of exhalation. The world needs more Hyundai Santa Fe models with big tires blowing through snow like no tomorrow . . . man, I always liked the Santa Fe anyway, but now . . . but now . . .

Hyundai made a film that chronicles the expedition and highlights some of the remarkable moments experienced by the team. The Shackleton Returns website is fascinating too, with more details on the journey, Shackleton’s background, and performance specs on that oh so sweet Santa Fe. 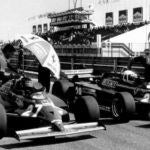 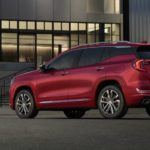 Next
2018 GMC Terrain: Some Anonymity For Not Much Coin