The Chevy Bolt EV appears to be gaining traction – literally that is. The automaker reports that nearly 3,500 Bolt EV owners in the United States have driven a cumulative 4,570,300 miles as of April 2nd, 2017. The vehicle went on sale recently too – in December 2016 – but the figures are solid for a vehicle only four months on the market, and for one not sold nationwide just yet.

The miles driven by Bolt EV owners added up to more than 175,000 gallons of fuel saved, based on figures from the EPA.

The Chevy Bolt EV is EPA-estimated at 238 miles of range, although one owner pushed that threshold substantially, traveling 310 miles on a single charge. While these numbers are not typical it is still a feather in Chevy’s cap, especially as younger adults show a remarkable interest in electric vehicles – up to 50 percent according to an extensive study by the Consumer Federation of America.

The study also found the more consumers are educated about EVs, the more they desire to own one.

Still, some surveys show mixed emotions on electric vehicles. A fall 2013 study by Navigant Research called the Electric Vehicle Consumer Survey shows consumers like the idea of EVs but might be hesitant to purchase one based on available features. It would appear, however, Chevrolet designed the Bolt EV accordingly. The vehicle comes with a 10.2-inch MyLink color display, Bluetooth compatibility, and a surround vision camera that provides a bird’s-eye view for the driver. An EV-specific navigation feature shows the best routes for range and nearby charging stations.

The average Bolt EV owner drives approximately 53 miles per day and with an estimated range of 238 miles, it’s more than enough for most commutes. Currently, the Bolt EV is only available in California, Maryland, Massachusetts, New Jersey, New York, Oregon, Washington, and Virginia, but will see a nationwide release this summer.

“Chevrolet committed to delivering a game-changing vehicle and we’ve done just that,” Majoros added. “As we continue our national rollout of the Bolt EV, we’re making electric driving accessible to even more drivers.” 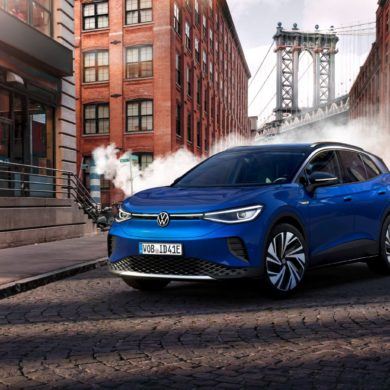