Ooo baby! Would you look at that! The all-new Lotus Evora 410 GP Edition, decked out in black and gold. All bridled and saddled and ready to go. My desire is very strong for this version of this car, which I would not normally say. For starters, I’ve always had a problem with the Lotus Evora. It’s that +1 seating option in back of the two front seats. Yes, yes I do realize that Lotus has made 2+2s in the past. The Lotus Eclat, for example. And I also fully recognize that cars like the Lotus Eclat are, by and large, horrible mistakes.

Also, I try to stay away from black with gold color schemes. I loved it, absolutely loved it when Colin Chapman painted his cars in John Player Special cigarette livery and handed them over to people like Emerson Fittipaldi to club Jackie Stewart with. But then the cheap imitators latched onto it, and next thing you know, black with gold was being applied to everything from “theme” custom vans to those horrid black and gold Pontiac Trans Ams, and handed over to that equally horrid quarter-talent Burt Reynolds.

Ruined it, just ruined it.

All that said, I would really like to get my hands on one of these, at least for a week or a weekend, or if not forever. From what I gather, the Lotus Evora, despite design compromises, is a pretty fun car to drive. It is, as many people have told me, “like a little bit bigger Elise with a much bigger engine.” Which sounds just great. And most of the people who told me were Elise owners, not Evora owners.

This particular Evora model is the work of Lotus Exclusive, the fine folks from Hethel that work on the higher end, bespoke stuff. The Evora Sport 410 GP Edition indeed honors Team Lotus’ iconic John Player Special F1 color scheme that was raced between 1972 and 1986 – from the crushingly effective Lotus 72 and the gorgeous and truly groundbreaking Lotus 79, to the momentarily fast Lotus 98T. Seriously, that 98T was the car they coined the term “grenade engine” for. They could squeeze around 1,200 to 1,300 horsepower out of that 1.5 liter engine for about two laps then kaBLAMMMO! Ayrton or Elio or whoever would splatter it all over the tarmac from Estoril to Jacarepaguá.

The 98T was a great car for qualifying, but sadly, only had the life expectancy of a random guy in a red shirt on the Starship Enterprise.

Other than the paint job, the Evora Sport 410 GP Edition is pretty much just like every other Evora you could buy, but it comes with all the lightness goodies as standard. It scales out at 2,910 lbs. which is fairly light these days (” . . . but could still be lighter!” I hear the ghost of Colin Chapman shriek). All that wonderful, wonderful lightness is accomplished by looking after all the little details. The Evora uses the now-standard Lotus practice of a hydroformed aluminum architecture, which delivers very high torsional rigidity at very low weight. And, as one would expect, the Evora also has carbon fiber everywhere. From the front splitter on the nose to the revised front access panel, roof section, tailgate, rear quarter panels, and the rear diffuser out back, it’s carbon fiber, carbon fiber, carbon fiber.

Other weight savers include the lithium-ion battery for 23.8 lbs., the ultra-lightweight forged wheels for 15.9 lbs., and a new lightweight windscreen surround for 7.5 lbs. They all total up to 132 lbs. of overall weight reduction.

Not only does this make things lighter overall, but it also lowers the center of gravity. So you get better ride and handling and less mass. And that lead Lotus to recalibrate the suspension and revise the total chassis setup, improving wheel geometry and the dampers. The ride height has been dropped by 5 mm so you get better body and roll control for even sharper, more direct handling.

The Evora Sport 410 is powered by an integrated water-to-air cooled, supercharged, 3.5-liter 6-cylinder engine, cranking out 400 horsepower at 7,000 rpm and 301 lb-ft. of torque at 3,500 rpm. This gives you a nice, broad RPM powerband to play with. Said mill is joined to a standard six-speed manual gearbox, which features a low-inertia flywheel and a Torsen-type limited slip differential for greater traction in the corners. There’s an optional six-speed automatic transmission with a dedicated ECU for fast changes and sequential gear selection via lightweight aluminum paddles mounted to the steering wheel.

Besides your right foot, all that power is controlled via a trio of user selectable ESP driving modes: Drive, Sport, and Race. There’s also an “Off” mode, but to me, that doesn’t really count as a mode. The ESP driving mode thingy proportionally increases throttle response, lowers traction thresholds, and removes understeer recognition. The ESP allows progressive degrees of driver control before the system intervenes. So rather than Drive, Sport, Race, and Off, you could also think of it as Nun, Mom, Nanny, and “Absolutely no adult supervision whatsoever!”

Lotus is only going to make a global production run of 150 vehicles per year of the Evora Sport 410, and here’s where it gets really bad: The MSRP, excluding taxes, is $104,200 and $110,000 for Lotus Evora Sport 410 GP Edition. Shoot. Ah well, used Elise prices are still pretty reasonable though.

Oh, and if by Mario you thought I meant a character from a pixelated Nintendo game, I will find you, and our conversation will not be long, and it will not be pretty. 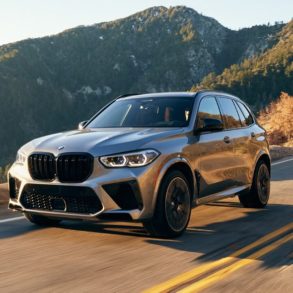