Ah, the Ford Transit. Immortal beloved of the delivery world (and also the world of English gangsters, if British films are to be believed). It’s flexible enough to come in a variety of configurations; from small enough to work in crowded urban environments to large enough to haul bulky items easily.

And recently, the Ford F-650 and F-750 were named Work Truck magazine’s 2017 Medium-Duty Truck of the Year for the second consecutive year.

So hurrah for Ford, because they obviously deserve it. Work Truck magazine chose the Ford F-650 and F-750 as its 2017 Medium-Duty Truck of the Year by asking professionals what they thought. Professional fleet managers were asked to consider which of the nine competing trucks best fit their fleet requirements, incorporating application effectiveness, durability, quality, servicing, maintenance, and lifecycle costs.

Perhaps this success of the modern Transit has to do with its amazing flexibility. The Transit can be built in any one of 64 different configurations, which Ford notes makes it the best-in-class when it comes to configurations offered. The Transit also has a bunch of standard features, even in its bone stoke versions, that other companies either don’t offer, or charge extra for. A rearview camera is standard on the Transit van, for example, along with a locking glove box and rear LED cargo lamp switch.

The list of new optional equipment for 2018 is also extensive.

The cargo area flooring is now beefed up as is the rear scuff plate kit. The running boards have been extended too. The parking brake is now a push-down manual affair (not sure why that matters either way honestly) and the external mirrors are power-folding short-arm units, with heating for the mirrors and turn signals built in.

AM/FM stereo with audio input jack, microphone, and Bluetooth interface is also available, which means you can hook up tablets and smartphones with greater ease. This must be a real Godsend for delivery drivers with new routes or clients. There are new D-pillar assist handles for medium and high-roof models as well. Ford also gives you optional goodies to make your Transit look good. A forged alloy dual rear wheel package and a charcoal leather-trimmed/heated seat package, for example.

Worried about the planet or just want to save on your fleet’s fuel bill? The 2018 Ford Transit has you covered there as well. FoMoCo has expanded the Ford Advanced Fuel QVM (qualified vehicle modifier) program to include three developers: XL Hybrids, Motiv Power Systems, and Lightning Hybrids. These companies offer hybrid solutions, either electric or hydraulic, for a range of Ford vehicles that are popular with fleet and commercial customers.

It’s also interesting to note that Ford is the only manufacturer to offer a gasoline engine in the medium-duty truck segment. I guess everyone else went with diesels. Ford’s plant is the 6.8-liter V10, cranking out 320 horsepower and 460 lb-ft. of torque in either the F-650 or F-750, coupled to the TorqShift HD six-speed automatic transmission. Ford does, of course, offer a diesel drivetrain package: The 6.7-liter Power Stroke V8 turbo diesel delivers 270 horsepower and 675 lb-ft. of torque.

All of this fleet truck goodness is backed up by Ford’s extensive array of fleet dealers. The Ford Commercial Vehicle Center program has more than 670 dealers across the country that not only sell Ford commercial vehicles, but the service centers are particularly impressive. They use their own proprietary diagnostic software and Commercial Vehicle Tools. 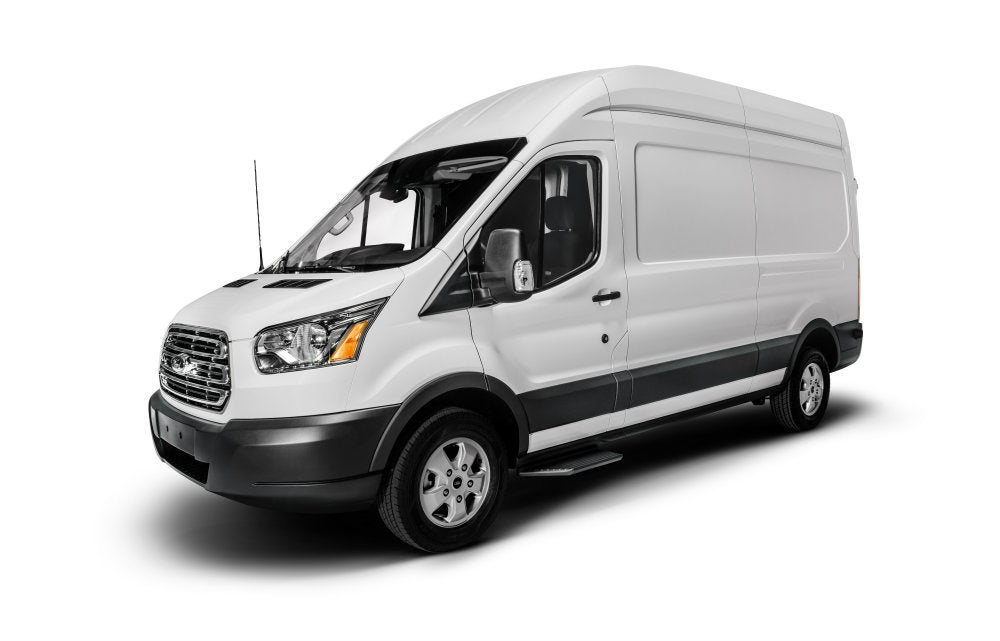