The 2017 VW e-Golf has a new lithium-ion battery with an increased energy capacity of 35.8 kWh from 24.2 kWh. This allows the range to increase from an EPA-estimated total of 83 miles to 125 miles on a single charge.

According to VW, “battery chemistry” was enhanced to improve fuel efficiency. The 2017 e-Golf has an EPA-estimated city fuel economy of 126 MPGe, 111 MPGe on the highway, and 119 MPGe combined. This marks an improvement over the previous e-Golf which has EPA-estimates of 126, 105, and 116, respectively.

Currently, the 2017 VW e-Golf estimates are the best in the compact class, as defined by the EPA. Using 13 cents per kilowatt-hour, the EPA has estimated an annual fuel cost of $550 for the vehicle.

Finally, the 2017 VW e-Golf sprints from zero to 60 faster than the outgoing model. Just in case you feel like going pedal to the metal in your new e-Golf, you can hit 60 in 9.6 seconds. The vehicle goes on sale this spring – pricing information is forthcoming. 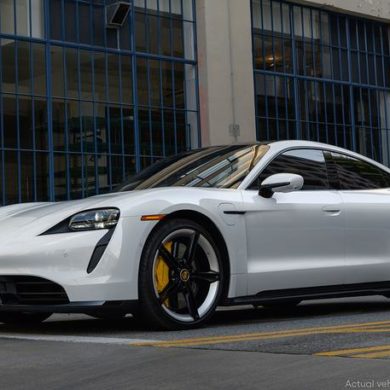