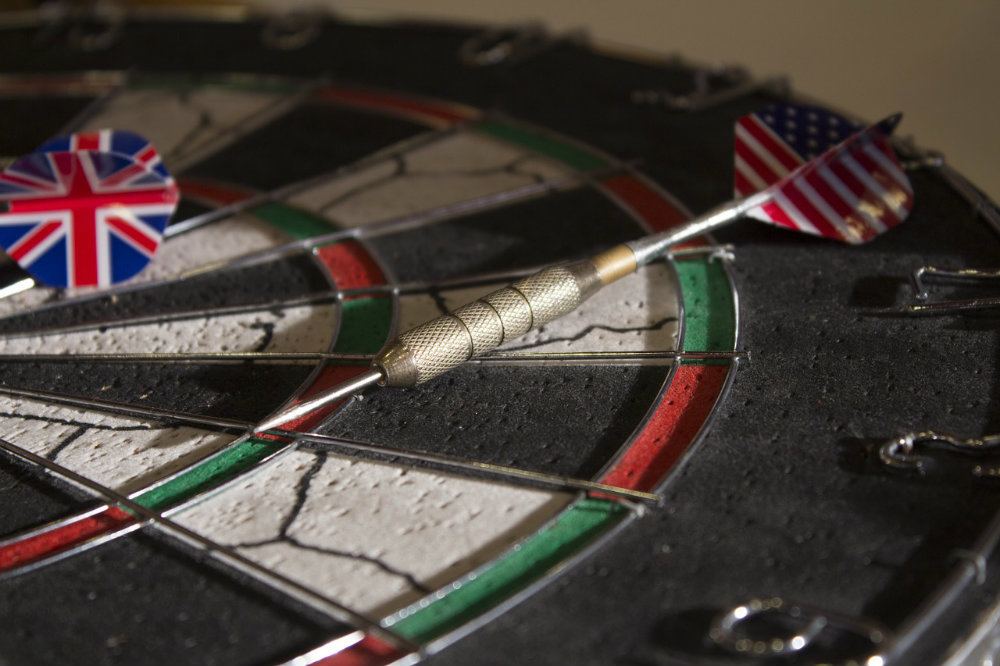 Letter From The UK: The Edge of Britain

I admit it. I am a closet American and it is high time I came out loud and proud and owned up to being unashamedly a big fan of massive American pickup trucks, Soprano-sized sport utility vehicles, and a proper Hemi V8. My mantra states “there is no replacement for displacement.”

This is how I always thought it would be.

Sadly, even the spiritual home of what I believe is called the “big-ass truck” is being subsumed into a world of dreary boxes and technological shuttles.

Remember, America is home to the ridiculous Google car, so you only have yourselves to blame.

Certainly and fortunately, the big beasts of the road are still out there because the car makers know some drivers who wouldn’t go to their own funeral if they had to be transported on anything other than the flat bed of a Dodge Ram SRT-10. Unfortunately, the white heat of ecological evangelism has well and truly set in because, globally, the automobile is blamed for all of the world’s ills.

For keen drivers the open road will soon be permanently closed.

Here in good old Blighty, we don’t have anything to compare with the very best of American muscle or prodigious pickups. We have European cars and sport utility vehicles, many of which are about as exciting as a vasectomy and essentially have the same neutering effect on the (male) driver. They don’t frighten the horses and they are good for the planet, but they don’t make the adrenaline rush or indeed even walk briskly.

Thank goodness then for the Ford Edge, shown here, color-coordinated for Autumn in full UK Sport trim. This is effectively the same one sold in the USA. It leaps fully formed onto the burgeoning SUV market with some style. With its crisp outline embellished by a big rear spoiler and a wide-mouthed grille, it is the most American looking of the SUVs on our roads.

As such it was an instant hit with me.

No, it isn’t the 1999 Chevrolet Suburban 1500 LT. I would love it to be but at least it has some presence on the road. The Ford Edge is unquestionably my favorite modern SUV. Sure, I can niggle about cabin plastics but it doesn’t put me off. There’s loads of space inside. It is very quiet (noise canceling technology) and refined with genuine ride quality. With a very big trunk and plenty of rear passenger room, the Edge makes for a comfy, arm-on-the-sill, rock on the stereo cruiser.

Crucially, it looks more distinctive, feels more relaxed, and less suited and booted than, say, its German or Korean rivals. Can I get away with saying the experience has brought me closer to the Edge?

The Pickup Fights Back

Against the odds, pickup trucks are experiencing something of a popularity boom at the moment with UK sales on the up. New products are appearing from many different brands. The choice for pickup enthusiasts has never been greater.

There has been a surge of new models and one of the best is the latest Isuzu Blade, on loan to me from the company. It is sitting impatiently outside my house as I type this and I am typing very quickly because I want to go for a mud-splattered drive. Nissan, Ford, and Toyota have also launched revised versions of their trucks.

Seemingly out of the blue, Fiat, Renault, and Mercedes-Benz have also announced new pickup models.

This is good news because it means that although we are no longer allowed to go fast, we can at least set out into the deepest countryside in tough, 4×4, family-sized, double cab trucks that can carry bikes and camping gear with ease for a fun day out.

After all, driving is about seeing the world from a different perspective; an escape from gray government and boring business; from the workplace and the apartment block. It’s a chance to forget, for a while, the hassles of modern life. At the end of your drive, the sound you’ll hear above the hot engine is your own elemental heart applauding.

Don’t think this rash of new pickups can be seen as a revival though. We remain constricted by more motoring rules than you can shake a wrench at. Officialdom sees the car as a sort of cash-cow and a means of generating revenue from driving penalties, often by less than ethical means.

There are no V8 engines on offer. Almost without exception, these new vehicles are powered by modern diesel engines that will offer many miles for the expensive British gallon of fuel, but sadly will only propel the occupants forward with all the performance of an arthritic sloth carrying a sack full of mangoes, or whatever sloths eat.

As Great Britain teeters on the edge of Europe, what will become of our motor industry as we drift alone in a dark sea of economic woe? Will we continue to play safe and build cars that have no spirit of adventure and flair of design, or will we hark back to a time when we made fast, sexy cars that were the envy of the world.

I know what I would like but I suspect the shrieking eco-lobby will get their way.

Usually we would say, “where America leads, Britain follows” but – and I’m sorry about this – in this case it is likely to be the other way around. Start hiding those big beasts in the barn now my friends because, like the dinosaurs and like my fun, they will soon be extinct. 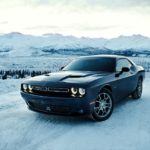 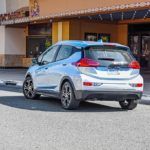