3 Areas Where Automotive Entrepreneurs are Capitalizing

In my work in the automotive industry, I unfortunately run into more and more people disillusioned with the dealership model. I often hear things like “we love the vehicle we bought, but the salesman we dealt with was unprofessional.” I routinely get some variation of this too: “They gave me the run around in service and still haven’t totally fixed my car.”

It’s rather disheartening for me as I started my automotive career at a dealership; a good one for that matter. I learned the ropes of the car business from people that had it figured out, both on the sales and service ends.

Either dealerships like this are few and far between, or the whole dealership existence is getting worse.

Recently, I had not one, but several dismal experiences at a particular dealer group here in Michigan. It’s not that I was treated badly, but I wasn’t exactly treated well; I was treated more like a number rather than a valued customer. The first salesperson forced me to quickly play the “I once sold cars too, so stop the nonsense” card, and my visit to the service department a short time later wasn’t much better. It resulted in them telling me they lost another customer’s keys so my car was blocked in and it “might be awhile.”

To be fair, I asked myself if I was being too critical about this dealership. Maybe they were just having a bad day? Or several? Then I remembered my younger years at Sioux Falls Ford – had I treated a customer like that, or lost keys, I would have gotten a talking to and a strong warning.

The entire experience led me to one conclusion: I’m in the automotive industry, advocating and working in some capacity for a handful of automakers. I’m literally in the business and if this is how I am being treated, what chance does the guy with no association to the car world have? If I left this dismayed – and I understand how dealerships work – how is the next guy going to feel who happens to come in and make a general inquiry for sales or service?

The premise and implications of experiences like mine empower the visions of modern automotive entrepreneurs. Recently, Instamotor conducted a study about the state of automotive startups and how their presence is changing car ownership, especially on a transaction level. This includes everything from purchasing a car and financing it, to getting it serviced and insured. New companies are arising in each of these individual areas, challenging the norms typically associated with their niche.

Perhaps not surprising in Instamotor’s study is Tesla, who advocates against the traditional dealership model. Earlier this year, Tesla’s attempt to sell vehicles in Michigan was blocked based on the state’s current laws. Michigan requires a dealership to have a contract with an automaker, and Tesla who technically would serve as both, violates that.

According to The Detroit News, Michigan is reviewing used car licenses for Tesla, however.

Online used car dealerships are becoming more of a plausible option for consumers. Companies like Carvana and Vroom have received over $200 million in investments according to Instamotor’s study. This new era of the online dealership promises value pricing, direct delivery, no additional fees, and the assurance the “middle man” won’t interfere.

It’s a promising proposition for those uncomfortable buying from a traditional dealership, although at least one these entities has struggled. Beepi.com, in light of receiving nearly $150 million in investments, is shutting down, eliminating staff, and merging with a company yet to hit the market. The TechCrunch report suspects a major investor pulled the plug.

Perhaps this shows one of the strong points of traditional dealerships? While they may have a website, their ultimate strength is their presence in the local community, often manifested through things like sponsoring a summer parade or graduation yearbook.

These things go a long way to build consumer trust, a type of trust that online dealership can’t as easily build. A similar example comes in the way of FM radio stations. They hold the same advantage over Sirius XM signals.

Still, it appears online car buying and the investment in these platforms will continue for the foreseeable future. 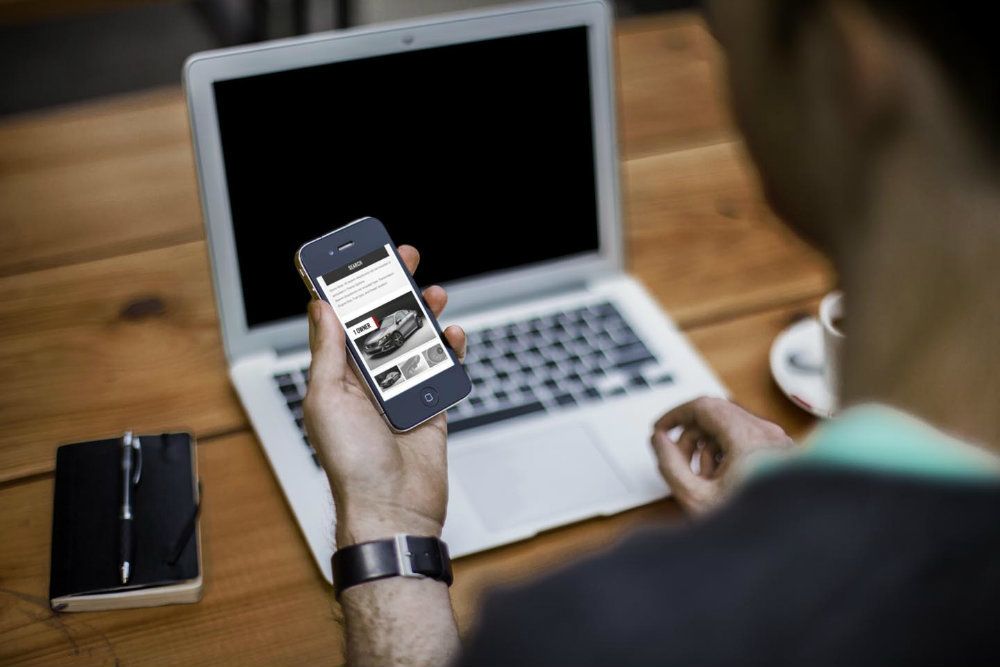 For some customers, the most intimidating part of car ownership is service. There are all kinds of unknown factors, including cost, which is often the scariest. Whenever people ask my advice about selecting the right mechanic or dealership, I envision they are deeply afraid of getting what Stanley Ipkiss got in The Mask.

One alternative to traditional shops and service departments is YourMechanic, an on-demand car repair network. YourMechanic mobile technicians offer more than 600 services, including oil changes, brake jobs, timing belt replacements, pre-purchase inspections, and diagnostic work. Their platform is active in over 700 U.S. cities and provides peace of mind in that all repairs are conducted at the customer’s home.

“Some people want to see every step of the process and so the car owner is outside watching because that makes them feel more comfortable,” said Lee Florida, PR Manager, YourMechanic. “We cater to that and it differentiates us from say a quick lube that is just cranking out oil changes.”

In the hustle and bustle of a large service department, it’s easy for customers to feel lost or like they were not given proper attention or explanation as to what was wrong with their car.

“Part of the struggle with cars is that most everyone has one but not everyone knows how they run and why they break down,” Florida explained. “We put a lot of emphasis on our technicians to make sure they explain things so the customer understands and feels confident about the repair.”

The company’s philosophy focuses on taking the mystery out of car repairs by providing a list of parts and services needed for the job. In most cases, a price is given up front before the repair. If while conducting the agreed upon repair, the technician notices additional work – i.e. while doing a brake job a broken sway bar link is spotted – a new upfront price and what it will take to complete the job is given to the customer.

“Everything we do is about optimizing the car owner’s experience and making the repair as convenient as possible,” Florida said.

According to Instamotor, YourMechanic has received $28 million in investments.

Another aspect of car ownership addressed by modern automotive entrepreneurs is roadside assistance. Companies like HONK – cleverly billed as “Honk for help” – are changing the way we receive that help when needed. HONK’s platform is inspired by stories from car owners who were stranded unexpectedly, but getting the necessary assistance was difficult and costly.

“The real dichotomy between pulling your phone out, pressing a button and getting a taxi but not being able to press a button when you really need help, in an emergency situation, especially if you are stranded in a place you don’t know, was something we couldn’t get out of our heads,” said Avesta Rasouli, President, HONK.

HONK operates in an arena largely dominated by longstanding names, such as the American Automobile Association. HONK stands out through a proximity based model, so services are more direct and timely. Actual arrival times for customers in need of roadside assistance is under 30 minutes with HONK.

“The incumbents of the industry have territory based models with service providers all across the country; to the point that XYZ towing would be the primary service provider for a certain area or zip code but in the long run, this distorts customer satisfaction,” Rasouli explained. “We think the only way to do this right is through a proximity based approach, where the nearest qualified truck or service provider is the best service provider for the customer.”

HONK also separates themselves from other roadside service providers in how they bill.

“Roadside assistance is traditionally something you paid a membership for but we don’t see that as a necessity,” Rasouli said. “We believe you only pay for it when you need it.”

The vital question for dealer groups is how to respond to the growing number of these companies. They are clearly taking advantage of what is sometimes called the antiquated business model of the traditional dealership. And if the Instamotor study is any indication of where the wind is blowing, venture capitalists are optimistic about these budding businesses.

Services like HONK may well be faster and more cost effective; services like YourMechanic may indeed provide a better, more personalized connection, and online dealerships may simply be easier for customers.

Although it’s hard to say for me personally because where I learned the ropes of the car business, our service was personalized and our prices were competitive. I want to believe the dealership way is the best way, but then again, recent experiences lead me to think otherwise.

If there is anything to conclude from this picture, it’s that whoever takes care of the customer and treats them like a valued guest, will come out on top, be it an established dealership, or a hot entrepreneurial prospect.

Which do you prefer? Are you more the type to visit the dealership or would you utilize these newer companies for your automotive needs?