Last Wednesday night Tesla made an announcement. Many of us waited with baited breath to discover what was up their sleeves. Would it be the rumored Model Y, a crossover version of the Model X? A car built on the same platform as the Model 3, accommodating the overwhelming demand for the affordable electric car?

As I scoured my familiar landing spots to watch their announcement, I found nothing.

No video. No presentation.

No pomp. No hype.

Eventually I learned the big announcement wasn’t a new vehicle.

Going forward, all Tesla models will be equipped to accommodate level 5 autonomous driving. My first reaction was one of disappointment, because I was anticipating a new vehicle rollout. But once I wrapped my brain around this announcement and considered the implications, my disappointment converted to enthusiasm. I was not merely enthused because I could benefit from owning an autonomous vehicle, or take a driverless Uber through town, but the implications were far more wide reaching.

Level 5 autonomy means that, other than setting the destination and starting the vehicle, no other human intervention is required. And even though operating a vehicle under current laws without human interaction is illegal, Tesla is pushing the envelope and forcing autonomous driving vehicles to become a reality.

So far, the autonomous vehicle experience has been one constrained by human safety concerns and overall distrust of the systems, that by most accounts, are more reliable than typical humans at the wheel. We witness Advanced Driver Assist Systems on many cars today, an array of technology that senses oncoming hazards and aids the driver with alerts and braking in the name of collision avoidance.

But manufacturers have yet to unleash a fleet of cars that can operate autonomously.

Tesla, however, has been bold in all of its steps and this one should be no surprise. And the implications are more significant than I had allowed myself to consider. My mind has been in the area where it would be convenient to have a robot driving while I update my Facebook, text friends, and capture Pokemon.

Yes, neat, but not exactly a need. Although, I recently learned of a story that upgrades my reaction from neat to awesome!

What shook my perception was when the State of Nevada issued a limited use driver’s license to former Indycar racer Sam Schmidt. Schmidt was paralyzed from the neck down in a violent car crash while racing 15 years ago. Since then, he has had no ability to pilot a car, which was not only his freedom, but his passion. Now, since autonomous driving technology has advanced so much, Schmidt is able to sit in the driver’s seat and experience some freedom again.

Sam’s license is limited to Nevada and requires he have a pilot car ahead of him as well as a licensed driver next to him to take over when problems arise, but he can technically drive. And because he is a former racecar driver, he is an obvious choice to initiate such a possibility, but with all of the implications of autonomous vehicles, this is a first step.

It won’t be long before people previously incapacitated will have much more freedom and mobility.

Once I started thinking about the implications of Tesla’s announcement in these terms, I could no longer be disappointed that it wasn’t an new model to fawn over. The announcement means Tesla is not merely making technology available in their cars, but forcing the conversation and cultural adoption of autonomy. This is important because the technology will arrive before people are willing to accept it en masse. These bold steps by innovative and courageous pioneers will eventually bring this technology to the norm. 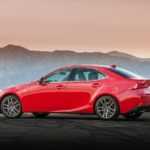 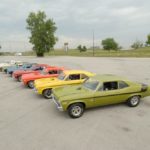