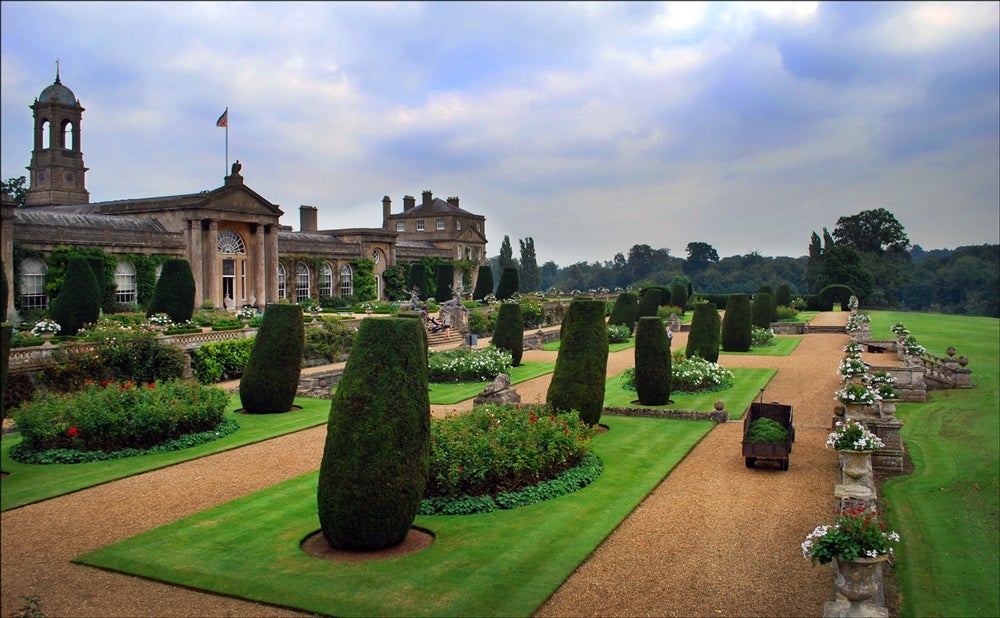 Letter From The UK: A Change Of F-Pace

Last week, I was forced to spend my time driving and assessing a Jaguar F-Pace for the ultimate benefit of others. I know what you’re thinking but it really was not too much of a hardship. Somebody has to do it.

There’s really no need to thank me.

The car in question was a big, blue SUV, lined with lovely leather. The featured engine was one of Jaguar Land Rover’s new 177bhp two liter ‘Ingenium‘ diesel engines, driving through an 8-speed auto ‘box. Not especially quick but full of purpose.

The drive was quiet and smooth, and made much better by the selection of ‘Dynamic’ mode on the terrain response and ‘Sport’ on the gearbox. A proper Jaguar drive.

The visit of the car coincided with some late summer weather, characterized by a level of humidity that we don’t experience very often on the British Isles. You move; you sweat. On this particular Wednesday, the atmosphere was so heavy that you could cut it with a knife. The idea of a spirited, hair-raising ride in a Jaguar did not appeal. Instead, it was just the right weather for a cold twist to the climate control and a leisurely fun run out into some of our beautiful, varied countrysides – the kind featured in the image on a luxury box of chocolates.

Turn a corner and you never know what you’re going to get.

Wiltshire, the county I call home, is land-locked in middle England and refreshingly free of amusement parks and cheap distractions. On the face of it, Wiltshire is not your first choice for a holiday destination and yet it has so much to offer discerning travelers, especially if they like history.

Our rural landscape is, in fact, largely man-made thanks to centuries of farming. Unlike America, we do not have much wilderness left; there just isn’t room for it. The result of all that agricultural effort down through the ages has resulted in the countryside we all know and love – just like Downton Abbey (filmed not far away from my home) – but Mother Nature herself could not have planned it better.

The truth is nature had some help. We drove out into our quintessentially English landscape and traveled a road we hadn’t used before. En route to our destination of Bowood House, the Jaguar F-Pace purred past the perplexing Silbury Hill. The largest man-made mound in Europe, mysterious Silbury compares in height and volume to the roughly contemporary Egyptian pyramids. Probably completed in around 2400 BC, it apparently contains no evidence of burial.

Its purpose and significance remain unknown.

Falling russet and green leaves heralded the beginnings of Autumn as we drove into the wooded grounds of historic Bowood House, one of the finest examples of designed landscaping anywhere. The grounds and lake are the work of Lancelot ‘Capability’ Brown, created over five years between 1763 and 1768. It was early and the place had just opened.

Many British stately homes, once the sole and private domain of aristocracy, are these days open to all, although in this case the family still resides at the house. Paying visitors help with the cost of keeping this remarkable property in tip-top condition. The interior is as historic as the outside is beautiful. One of the rooms is where, in 1774, Joseph Priestley discovered Oxygen.

We’d been using it all that time too. Who knew?

As the dark sapphire blue Jaguar F-Pace quietly ticked away the heat of the journey in the almost empty parking field, we found we had the parkland virtually to ourselves. Who said this was a crowded island? The outside world is a million miles away in this tranquil oasis. Across the lake a small squadron of geese took flight, breaking the silence. Moving off the verdant lawns, we ventured into the woods and discovered a hermit’s cave, a Doric temple, and a secret waterfall; no doubt a trysting spot for long-ago lovers.

Despite the small land mass, the British Isles have a huge diversity of landscape and features. Bowood House is a jewel but it is not alone. Our coastlines vary from the gentle to the dramatic. You can roam the very cliff tops walked by Ross Poldark (he doesn’t really exist – that fellow who keeps taking his shirt off is an actor). You can savor the antique delights and fading elegance of the traditional seaside resort towns. You can visit huge cities and lost hamlets and, the best thing of all, is that nowhere is more than one day’s drive away. You can take internal flights of course but you will miss so much.

Jaguar too is a legendary part of our heritage. Riding the highways in a fast, luxury F-Pace with a 380 watt sound system is the way to see the country. Turn the volume up for the motorways, turn it off when out in the countryside.

Ultimately, you are listening to the sound of history. 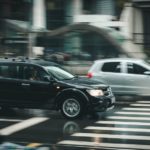 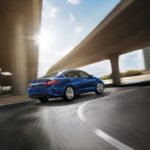