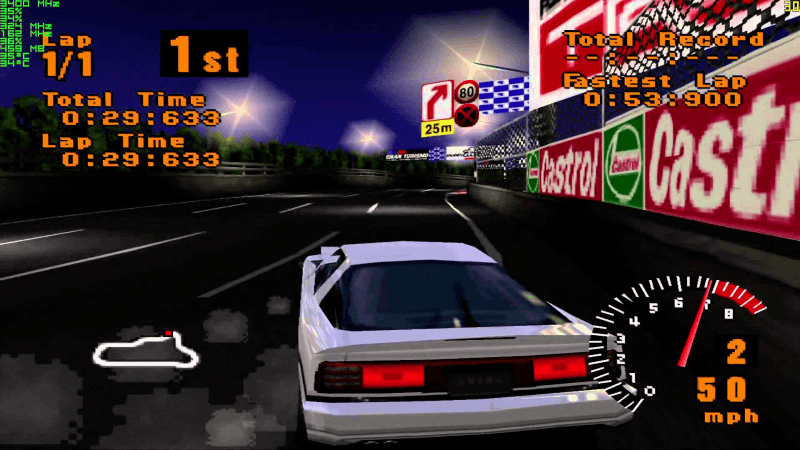 The year was 1998. I’m a freshman in high school and whole-heartedly addicted to Final Fantasy VII for the original Sony Playstation. After far too many weeks of playing after school nearly every day and my counter stuck at 99 hours of gameplay for, well, probably more than 99 additional hours, I beat the final boss, Sephiroth. It was no easy task.

But now what? I’ve played through all my other games, and Final Fantasy VIII wasn’t coming out for almost another year!

My friend recommended a new game called Gran Turismo – a racing simulator he said had “crazy awesome graphics.” I’d never been interested in racing games, save for Out Run and Cruis’n USA at the arcade, but I borrowed his copy and gave it a shot. I understood that the cars in there were all real, but it made no difference to me – they all looked the same anyway.

A few days later I bought my own copy. I was sure I wasn’t addicted, until I woke up one morning with the controller still in hand, my car (a Mitsubishi FTO if I remember correctly) sitting there, face-first against the wall – race timer still counting, six and a half hours later.

Disclosure: This article is sponsored by DieHard Battery. All views and opinions expressed here are my own. Check out our advertising guidelines to see why we’d never steer you wrong. A few months later, I could name many of the cars on the (real) road. At least the ones I recognized from the game. I remember seeing a Toyota Soarer on the streets and wondering why the badge said “Lexus SC400” instead. So I looked it up on Dogpile (the cool search engine at the time) and learned about the import market, recognizing many of the other cars and learning the differences in names and where they all came from.

My Dad noticed my recent interest in cars and brought me to a local car show – a weekly Cars & Coffee sort of deal. Finally, I could see why people were so in love with their cars. It was the first time I’d ever seen a Lamborghini Diablo, or a Dodge Viper in real life. I could touch them. Speaking with the owners and feeling their passion for what they drive really hit me, and I even got to ride in a couple.

Fast forward a few years and I was going to every car show I could manage, and was officially the car expert in my group. A few years after that, in 2006, Automoblog.net was born. Since I was already sharing my love and knowledge for cars every chance I could get, putting it online so I could talk to other car lovers around the world (and share my admittedly strong opinions about them) seemed like a logical next step.

Ten years later, in 2016, we now have some of the greatest and most knowledgeable car guys out there sharing their passion and knowledge on this site, and I couldn’t be more proud of our amazing team. I’ve driven some of the coolest cars I could have imagined and been to car shows and events around the world. I’m still the expert car guy in my group of friends, although I admit I learn a lot reading the articles from the rest of the team on Automoblog.net.

DieHard Battery, one of our awesome partners, is holding a great contest for enthusiasts to share their stories about how they became diehard fans of anything – cars, music, photography, or anything else you’re passionate about. Head over to the DieHard From the Start contest page, enter your story, and vote on others for a chance to win one of 14 grand prizes for a $4,000 Ultimate Fan Experience.

Finally, Diehard is sponsoring the Nitro Circus events taking place all around the world. I’ll be attending the event in Fayetteville, NC on Monday September 5th – so come out join me! 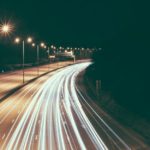 Previous
How One Unexpected Start Up Is Changing Autonomous Driving 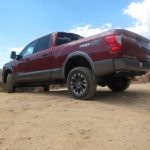 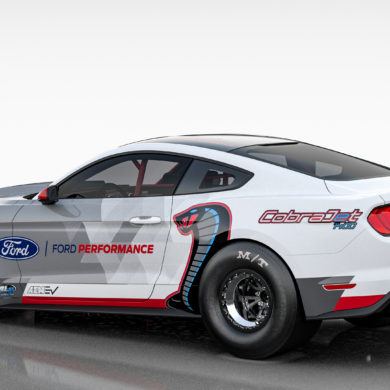