As you may recall, Volkswagen got caught cheating last year. The largest automaker built into its diesel cars the ability to reduce emissions when being tested. Then, under normal driving conditions, VW returned them to higher emissions and performance. The fallout resulted in fines and mandates, forcing the auto behemoth to invest heavily in electric cars and infrastructure.

As a result, VW rolled out Strategy 2025, an initiative to produce two to three million electric cars by then.

Volkswagen will announce a new electric model next month during the Paris Motor Show 2016. Overall, they are announcing six new models in total by 2018. VW says production will advance rapidly, with up to 30 new electric vehicles between their affiliates like Porsche and Audi over the next ten years.

This is partly possible due to a standardization of the platform being used. The electric vehicles will be built on the MEB (Modular Electric Platform (German translation)) revealed at the 2016 Consumer Electronics Show with the BUDD-e. The new vehicle is expected to have a range of over 240 miles per charge, with a sticker comparable to other mid-priced Volkswagens. Although production doesn’t start until 2018, the plan is aggressive and takes full advantage of MEB’s efficiency.

The MEB is a variable platform, modulated for different cars, similar to how the Golf and Passat are on the same base. MEB allows the battery to be built into the floor, modulating, of course, for size and battery capacity. It will be applied to different types of cars in order to hit their targets. Volkswagen, being the parent company of Audi, Porsche, and others, won’t hurt in diversifying their efforts.

Even with MEB, given the financial commitment to electric vehicles, Volkswagen faces some daunting challenges. Most critically is where will they get their batteries? Current supply chains have been evolving for a century and don’t include lithium-ion batteries. Volkswagen is aware of this shortfall and has begun discussions with several manufacturers throughout Asia.

They are also looking at a vertical integration strategy, similar to the $5 billion dollar Gigafactory being built by Tesla Motors. According to German newspaper Handelsblatt, VW is looking at an $11 billion dollar battery factory. This would increase dependability, lower costs, and if placed near one of their manufacturing centers, be quite convenient.

But that is a large, expensive commitment no matter how you look at it.

Another major challenge Volkswagen faces is creating an infrastructure of fast-charging stations. They are expected to allocate $2 billion of their fines towards such developments, but they must determine what technology they will use. Because they are such large players in the market, there is a strong concern they could essentially pick the winner of how we standardize fast-charging electric vehicles.

Hopefully, they will do so with respect to who has the best product.

The $2 billion dollar earmark of the $14.7 billion in fines doesn’t have to go specifically towards fast-charging, but rather encouraging consumers to adopt zero emissions vehicles. A major barrier currently to mass adoption is range anxiety. But a fast charging network, where drivers can recharge in minutes rather than hours, alleviates the anxiety and creates a more robust demand. The average consumer does not seem enthused by commuter electric cars. If they are, they demand something with range and performance. It appears Volkswagen has seen the message provided by Tesla’s Model 3 and intends to take advantage of their established manufacturing capacity to follow suit.

Sometimes in life it is not what you do, but what you do next. In the case of Volkswagen, their massive scandal cost them nearly $15 billion, but paved the way for them to jump into zero emissions car manufacturing with both feet. I doubt they will ever suggest the discovery of their cheat devices was a good thing, but it could ultimately benefit the company, consumers, and the planet. 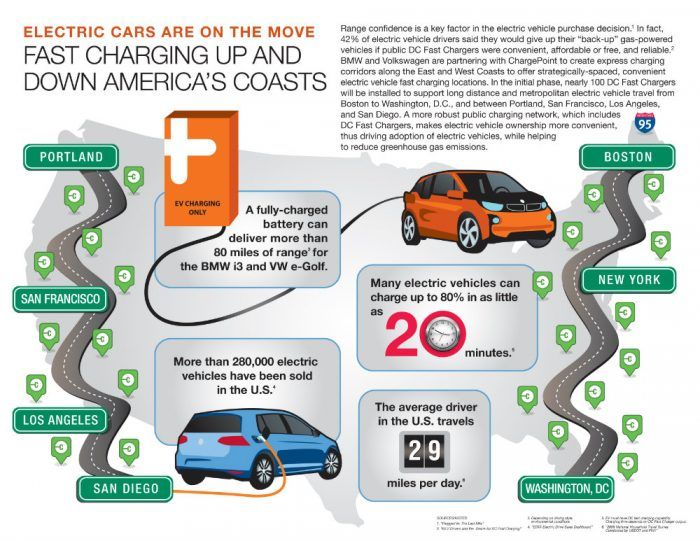