Letter From The UK: An Olde English Sunday Afternoon

Geoff Maxted remembers a time when life was slower and cars had a family purpose . . .

Here on these blighted British islands, now politically cut adrift from our European neighbors like a disobedient, disowned dog, those who have reached a certain age will remember, with fondness, what has come to be known as the good old days of childhood. Remembering those warm Sunday afternoon drives with Dad at the wheel of the family automobile was a mainstay of life.

Monday through Friday were for working or “drowsy” summer school days; Saturdays were for shopping and sport and Sundays were for relaxing in the motor car.

Always on a Sunday, the day started early with the ritual car cleaning, the bane of children’s lives. This was followed by a traditional British roast dinner lovingly, or grudgingly, prepared by your long-suffering Mother. Once consumed it would be then that Dad would suggest a nice drive out into the countryside.

There would follow a leisurely trip through the truly glorious, green English countryside, with shady wooded glades and billowing fields flecked with sheep like lint on a blanket. Small, intimate rivers were crossed on low rustic bridges, the sun glinting like diamonds on the whispering water’s surface.

No climate control in those halcyon days, so with the windows opened the bucolic atmosphere and rural aromas could be enjoyed to the full; at least until the invasion of an angry bee or hornet, which would kick off a few minutes of abject terror and much arm flailing until Father could stop the car and release the beast back into the wild.

Curiously, thanks to our singularly British fondness for warm beer, the trip would always end up at a little country pub that Dad knew about – although it was never established how he knew – that did a decent pint of British bitter beer straight from the cask. It offered a welcome from an amiable barmaid called, perhaps, Sandra, who strangely seemed to know your Father quite well.

Those days are long gone, alas, and not just because of all the laws and regulations but because the cars are simply not right for the job. In our modern, mainstream, streamlined car market, the vehicles on offer have lost that individuality; that special uniqueness that made buyers choose a particular badge and a particular model over all the others.

As a child of England, when you rode in the back seat of a Wolseley 15/60 or, better still, a Humber Super Snipe with its glorious transatlantic styling, it was very special. In those rose-tinted days, a drive through the country was something special. 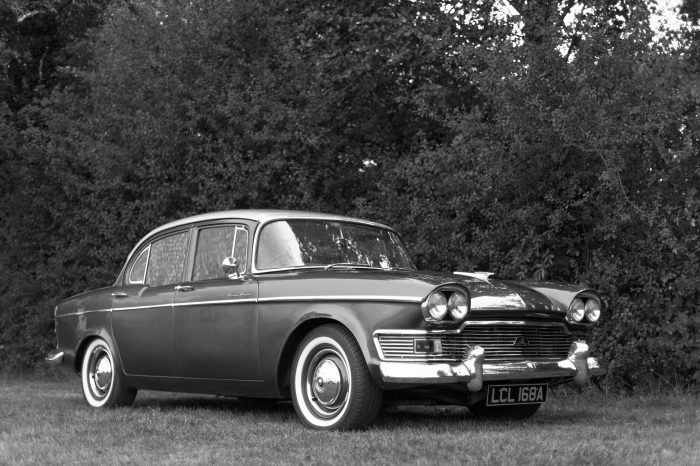 Just Because You Can

We children of yesteryear are parents now. In the UK, you look at the metal on offer and imagine trying to recreate that very special feeling now: that simple joy of just going for a drive because you can.

The Ford Mondeo (Fusion) as an example; good car though it is, does not really cut it. The modern car is no longer for outings. It has become merely a social and technological extension of how we live our connected lives.

Perhaps the only way to recapture those glory days of motoring is getting into the classic car market and treating yourself? Astonishingly, you can still find a working Humber for sale now and a good one, though rare, should cost under £5000 ($6,600).

You are a grown-up now. Coming back from the past, your recollections of childhood are half-created, half-perceived, perhaps, but nonetheless real. Maybe it is still possible to rediscover those childhood memories but life has probably drawn that innocence of childhood out of you?

One day you too might meet a buxom barmaid called Sandra in some out-of-the-way bar, pub, or inn. Well, think about: if you ever feel tempted to take a suspiciously long time getting the drinks, remember the dark look like a gathering storm on your Mother’s face. Walk away before your partner in life notices.