Volvo Cars recently started production of the new V90 premium estate in Torslanda, Sweden. The V90 comes from Volvo’s modular vehicle platform known as SPA (Scalable Product Architecture). SPA boasts a number of benefits for the automaker, like economies of scale. SPA allows multiple vehicles, powertrains, electrical components, and safety technologies to be built off one platform. In addition, such architecture can better accommodate electric and hybrid variants of Volvo’s cars.

Modular architecture investments are so important for Volvo, they have nearly doubled their staff at the Torslanda plant the last two years. The plant now employs some 6,300 workers. Volvo hired approximately 1,000 engineers over the same period, and continue to actively recruit for their R&D arm. Numerous jobs for Volvo’s suppliers and related businesses in Sweden have also been created.

“Taking the new V90 into production is an important milestone for Volvo,” said Håkan Samuelsson, President and Chief Executive, Volvo Cars. “We have invested heavily in preparing the Torslanda plant for building SPA vehicles and it is encouraging to see the positive response to the new 90 cars.”

The three forthcoming 90 series cars are part of an 11 billion transformation initiative announced by Volvo in 2010. Over the next three years, Volvo will change the face of its entire lineup. So far, the movement has charted solid growth – the automaker sold over 500,000 cars for the first time in the company’s 89-year history in 2015. In the first five months of this year, they posted a 10.4 percent increase in global sales, with growth in all major regions.

Volvo is pushing for record sales again this year, as the new S90 and V90 ship from the assembly line. Samuelsson indicated the new 90 series cars will play a pivotal role.

“While the new XC90, S90 and V90 have helped us rejuvenate the brand, Volvo’s transformation is far from complete,” he said. “Three years from now, the XC90 will be the oldest car on the showroom floor. In other words: the new 90 series are only the start of the new Volvo.” 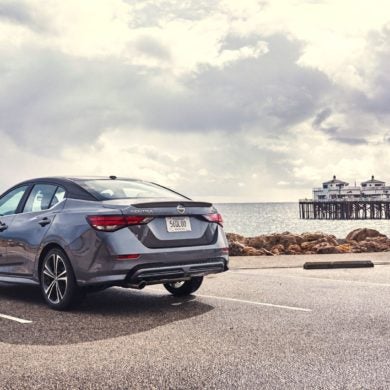