This, ladies and gentlemen, is the all-new, second generation 2017 Audi A5. At first glance, it looks almost like the old one, but the two vehicles do not share a single body panel. The first generation A5 debuted in 2007 and, at that time, Audi’s Chief Designer, Walter de Silva, claimed the A5 to be “the most beautiful car I’ve ever designed.”

Like its A4 cousin, the 2017 Audi A5 is based on the company’s new MLB platform and, thanks to usage of lightweight aluminum and other composite materials, the new A5 is up to 132 pounds lighter than its predecessor. The second generation A5 grows in wheelbase and in dimensions, but the overall look is similar to the first generation; while some of the finer details have been refined and enhanced.

The hood is more muscular and sculpted, while the redesigned headlights are more angular and slanted inwards. Like the new A4, the A5 does away with the old, inverted trapezoidal grille and adopts a new, sharper-looking hexagonal design. LED headlights are now standard, while matrix LED headlights (not yet approved for the U.S.) are optional in other markets.

The front fascia of the new A5 looks sleeker and more aggressive than before and boasts a lower drag coefficient of 0.25.

The high-performance S5 gets a new turbocharged 3.0 L petrol V6 with 349 horsepower (an increase of 16 hp over the current model).

U.S. bound Audi A5 models will receive a similar engine range as the A4 sedan. This means the base engine will be a 2.0 L turbocharged four-cylinder with 252 horsepower and 273 lb-ft. torque. The optional engine is the turbocharged 3.0 L V6 found in the S5. In the A5, power is sent to all four wheels via Audi’s seven-speed S-Tronic dual-clutch automatic transmission. In the S5, the engine is mated to a conventional eight-speed torque-converter automatic with sport mode.

The 2017 Audi A5 gets a revised suspension and now offers active dampers. This option is now integrated into Audi’s Drive Select system, which allows the driver to customize the A5’s handling characteristics to their preferences. The new A5/S5, like the A4/S4 cousins, get Audi’s speed-sensitive electromechanical power steering mechanism. Dynamic Steering, which alters the gear ratios depending on speed and steering angle, is optional.

Inside, the 2017 A5 features Audi’s new Virtual Cockpit, which includes a 12.3-inch TFT screen gauge cluster. The top of the center console features a revised MMI Infotainment system with an 8.3-inch screen, controlled by Audi’s rotary surface. It features a touchpad that recognizes hand-written and pinch-and-scan gestures.

Android Auto and Apple Carplay are standard, while a Bang & Olufsen audio system with 3D sound is optional.

The rear seats feature a convenient 40/20/40 split-folding pattern for various passenger and cargo configurations. For additional convenience, the 2017 Audi A5 features an optional hands-free trunk, opened by waving a foot under the sensor, located in the rear bumper.

Like rest of the Audi models, the new A5 family will offer an array of standard and optional safety features like active lane assist, stop & go adaptive cruise control, and pre-collision mitigation.

The new 2017 Audi A5 will go on sale in Europe later this year and American spec models will appear sometime early in 2017. Pricing for the new A5 lineup has not been announced yet, but expect it to be slightly higher than the starting price of the 2016 models. 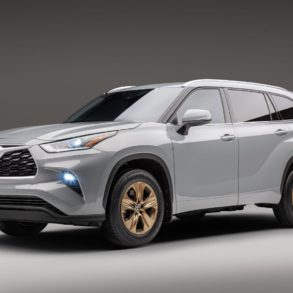