As a new sales consultant at Sioux Falls Ford in 2009, I was enamored with the Ford Shelby GT500 on our showfloor. Until that point in my life, I had never seen one in person. And it was parked right next to my desk.

That black car with orange stripes inspired me during those early days of my career. Being new to the car business during a nationwide economic downturn made for an uphill battle. Still, green as I was, I wanted to sell it. Every car deal I worked, I would look over and say “someday.”

Table of Contents show
From Chickens to Cobras
Author
Significance Snake
Shelby Cobra: The Snake That Conquered the World Gallery

From Chickens to Cobras

Shelby Cobra: The Snake That Conquered the World follows the story of Carroll Shelby, the man behind the infamous machine bearing his name. Shelby, in the 1960s, envisioned a line of performance cars so spectacular some might have called him crazy.

Yet dreams, when combined with hard work, often come true. When Shelby’s Cobra appeared in 1962, he beat the odds against him and built a benchmark for performance. The book details this journey and what prompted this Texas farmer to build the now iconic cars.

Colin Comer is the Editor-at-Large for Sports Car Market and American Car Collector magazines and a contributing editor for Road & Track. He lives in Milwaukee, Wisconsin, with wife Cana, daughter Remington, and a herd of dogs.

A new chapter features tributes to Carroll Shelby from Chuck Cantwell, John Morton, Henry Ford III, and Kati Remington-Blackledge, among others. Artwork is provided by Motorsport artist Hector Cademartori. The foreword is written by Shelby himself.

The Mustang creates emotion, as we saw in a recent edition of our Book Garage series. Adding Shelby’s name to them amplifies that tenfold. The cars this chicken farmer created are the ones people spend their lives dreaming about – I so badly wanted to sell one to a person just like that.

I don’t think my career in the automotive industry can be complete until I do. I can’t explain why  – it is what it is. Until then, on my messy desk in my tiny Detroit apartment, sits this book. I love how the Cobra emblem on the cover is raised so you can run your hands over it.

Goodness knows what important matters I have sitting under the book: blood work results from my doctor, a contract, few bills, and a check. I should probably look at those things . . . but this book has conquered my desk and my wildest dreams, just like the Cobra conquered the world.

*Available through Amazon and Motorbooks.

Shelby Cobra: The Snake That Conquered the World Gallery 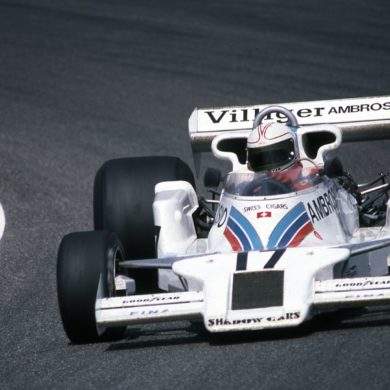