Volvo just revealed two slick 40 Series concepts, meant to position the automaker at the forefront of a budding premium small car market. Since Volvo is new to this segment, special care and attention was given to the concepts to set them apart.

“Each member of our product family has its own distinct character, just like the members of a real family,” said Thomas Ingenlath, Senior Vice President of Design, at Volvo Car Group.

“CMA has helped us to capture something special, something youthful in our new concept cars. They have an energy, a disruptive and engaging urban character that makes them stand out among the crowd,” Ingenlath said.

Volvo is moving forward in tremendous fashion. Global sales for the first quarter of 2016 increased 11.9 percent to 120,591 cars. Volvo has a medium term goal of selling 800,000 cars a year, up from 503,000 in 2015. On the heels of the largely successful XC90 release last year, Volvo continues to streamline their global operations, pushing to be more competitive against other luxury brands within the next four years.

“By taking a modular approach to both vehicle architecture and powertrain development we have succeeded in leap-frogging many of the players in the premium segment,” said Dr Peter Mertens, Senior Vice President of Research & Development. “Our new battery electric powertrain variant opens yet another exciting chapter in the unfolding Volvo story.”

Volvo’s global small car range will include pure battery electric vehicles as well as Twin Engine plug-in hybrids. Volvo’s advocacy for electrified and autonomous cars is one of the strongest in the automotive industry. Håkan Samuelsson, Volvo Cars President and Chief Executive Officer, recently called on world governments to support such movements.

As for the 40 Series, both are inspired by Volvo design, safety, and performance. According to Ingenlath what we are seeing here is practically the future.

“This is the flavor of small Volvos to come,” he said. 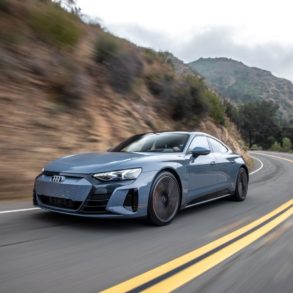