Campbell Trophy Brooklands August 7, 1939 Robert Arbuthnot, born into a Scottish banking dynasty and educated at Eton and Cambridge, was typical of the wealthy amateur British racing driver of the period. He looks a trifle alarmed here as he manhandles his recently purchased ex-Reusch Alfa Romeo 8C35 (50013) around the Campbell circuit at Brooklands. He proved very fast in the race and was in 4th place at one point before spinning and having to restart at the back of the field. Arbuthnot (1914 -1946) raced very little before the outbreak of World War II, after which he bought one of the 1939 Le Mans Lagonda V12s which he unsuccessfully attempted to qualify at Indianapolis in 1946. He owned High Speed Motors in partnership with A. V. Wallington at Watford near north London. Ironically, having survived the war, he was killed when an oncoming Buick went out of control and hit his Peugeot head on.

The saying “a picture is worth a thousand words” certainly rings true for the work of Louis Klemantaski, often considered the architect of Motorsports photography. His eye captured the raw action on the front lines of racing’s golden era.

Klemantaski’s shot it all during his storied career, from F1 and Grand Prix to road and track racing.

Klemantaski: Master Motorsports Photographer showcases hundreds of the best, most breathtaking images from the Klemantaski archives. To date, no other publication on Klemantaski even comes close. A lifetime of work like this, wrapped up beautifully in a single volume for the world to enjoy – to say it’s special, unique, or even tremendous would be an understatement.

There are no words and that’s okay . . . the photos do the speaking.

Klemantaski suffered an injury early in his career that kept him out of the driver’s seat. However, that didn’t mean he was going to stop racing; it was in his blood and part of his very being. Klemantaski jumped in head first, be it standing on a tight corner or strolling the infield. Many times, he would ride shotgun as seen in some of his Mille Miglia photos.

Klemantaski’s photos show no matter the obstacles, our dreams can still become reality.

The Klemantaski Collection consists of over 500,000 racing and related automotive photographs. It is one of the largest, most culturally significant libraries of its kind in history.

Paul Parker is a UK-based author specializing in historic motor racing and Motorsport photography. He has published books with Haynes, Karl Ludvigsen, and Palawan Press. He also works regularly with top UK magazines including Octane, Classic and Sports Car, Autosport, and Motorsport.

Klemantaski: Master Motorsports Photographer is available through Motorbooks and Amazon. 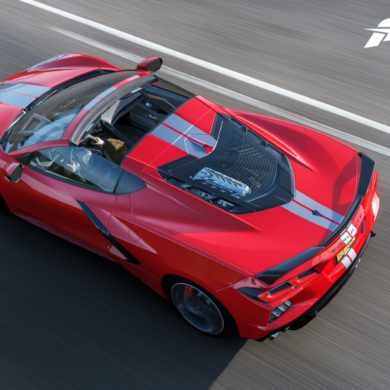