The Chevrolet Suburban is the longest standing vehicle line in the United States, dating back to the 1930s. In its early years, the Suburban was more of a beefed up station wagon. Today, they are capable family haulers, with powerful engines, luxury features, and lots of connectivity options.

It would seem today’s Suburban would easily surpass one from thirty years ago but not so fast. A new comparison chart from GMPartsOnline.net reveals the 1986 Suburban holds its own against its modern counterpart.

For example, the 2016 Suburban is 1,200 lbs. heavier, has a lower payload rating and seats one less passenger than a 1986 model. It’s no secret large, luxury SUVs have high window stickers but how does that compare to thirty years ago?

“The new Suburban is one of my favorite Chevrolet vehicles, but I think it’s fair to say the Suburban’s asking price has exploded since 1986,” says Gib Goodrich, Director of GMPartsOnline.net. “Our comparison shows a 95 percent increase in MSRP, even after we adjust for inflation.”

The 2016 Suburban wins in fuel efficiency, with a 40 percent increase versus a 1986 model. Engine power in today’s Suburban is substantially better, but the max tow capacity has not really changed. That alone might be a hard pill to swallow for some.

“While some of that price increase is explained by the 2016 model’s superior fuel economy, engine power, and safety ratings, it’s hard for me to understand the price almost doubling,” Goodrich said. 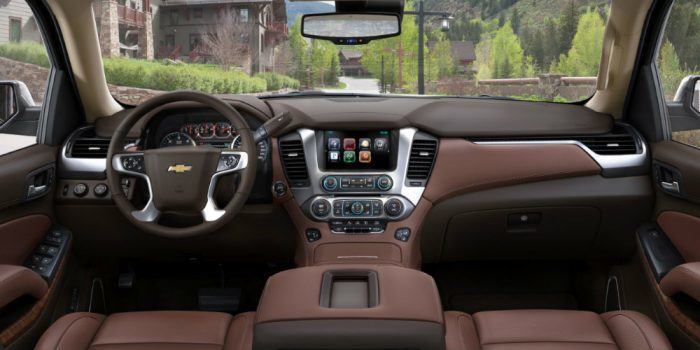 In terms of technology, especially on the connectivity side, 2016 is also a clear winner. However, those features tend to drive the price up.

“The 2016 Suburban is an excellent vehicle, but at $52,000, it’s hard for a lot of families to afford,” Goodrich said. “Maybe if Chevy offered a Suburban without heated side mirrors, built-in WiFi, and some of the other standard features, the price wouldn’t be so high compared to 30 years ago.”

Perhaps we give this victory to the 1986 Suburban? What do you think?